Trojmezi is one of the most visited and very unsual and unique place. It is a place where borders of three states meet. There are five of them in Slovakia. We decided to see one of the on our bike tour. Gradually through Petrzalka, Kittsee and Pama we reached Deutsch Jahrndorf. A 10-minute flat road followed then. There we stopped to not take a wrong turn again. Fortunately, we saw statues that implied we are on the right way. We continued straight on at the crossroads and then turned to the left. The asphalt road changed to gravel road and a field road when we turned left. Two minutes later we reached our goal – the border of three countries Slovakia,Austria and Hungary. 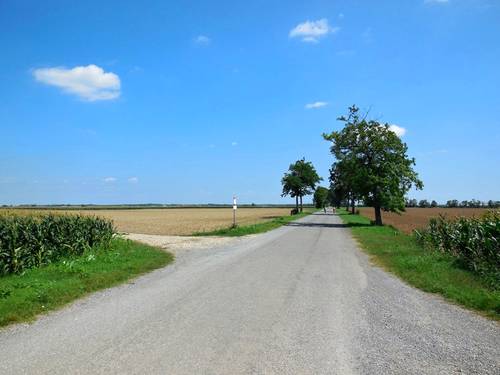 Trojmezí – art at the border

Center to this place was a stone triangle table with benches. Coat of arms of the three states were carved to the table. Impressive sculptures of local and foreign artists were around the table. Also a border stone was there. All these works were gradually put there after the fall of the Iron Curtain. They create an interesting atmosphere to this day. Several marked nature trails go from Trojmezi to the Rusovsky Channel, to Cunov or along the Iron Curtain. We were interested in information board that informed us on occurrence of bustard. We looked around for a while but we didn’t have much time so we moved on. 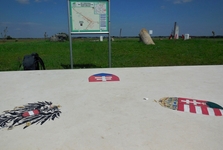 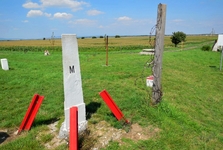 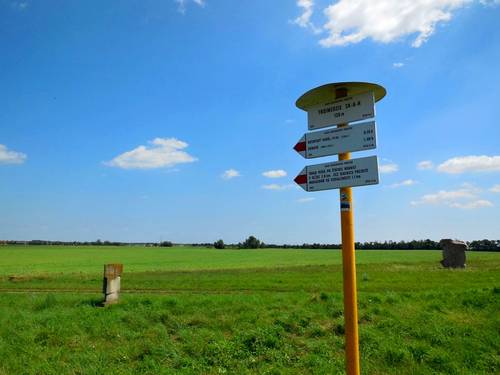 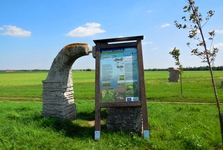 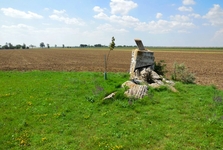 A ride to the town of Rajka

We returned along the field road back to the gravel road that was already in Hungary, and continued on to the village of Rajka. The ride was really difficult. At its end we really tested our physical fitness as we had to overcome a steep ascend across the highway.Fortunately, at the end of this ascend we happened to get into a Hungarian village. After a while of a ride among trees we had the feeling that the village is more Slovakian than Hungarian which made us happy because we didn’t know a word in Hungarian. It wasn’t necessary. We reach the middle of the village which consisted of a very well-maintained park, bike trail, war memorial, and we took a look into our book guide. What we had learned? More about it next week. 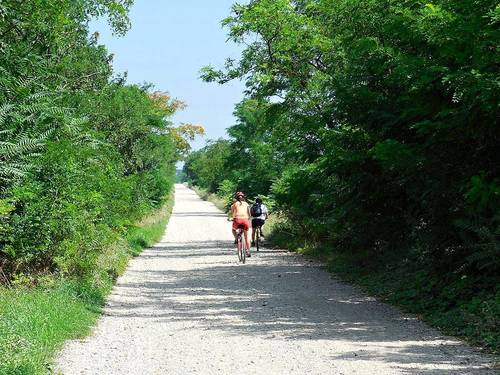 The connection between the Austrian Marchegg and the village of Vysoká pri Morave has been restor...