Beautiful moments spent in Pama we decided to continue towards our destination, Trojmezi. After a while riding we took a wrong turn. We didn’t want to go back so we moved on with a help of a map. We get out of the town and near railroad crossing we turned left. Along pathway along the river Leitha we soon encountered a path perpendicular to our road. Along the former we get to an official bike trail. As we learned later, the wrong turn resulted in a 2-km detour. As we had enough of time we just smiled upon this fact and continued on. 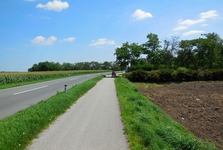 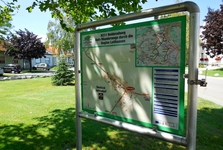 Soon, we found a beautiful chapel at Slovak-Austria border in a local district named Zeiselhof. We stopped for a while there. By the Holy Cross chapel was a small park with garden, benches, wooden summer house and a board informing about importance and history of the chapel, and the path of pilgrimage and local sights. We found out that it former chapel was there already in 1754, it was constructed on "miraculous" place, where allegedly a shepherd found a statue of Christ after whipping . New, current chapel, was built in 1764, a model of the statue was put on it altar. The interior is decorated with frescos by well-known artist Franz Anton Maulbertsch. They say that even Maria Theresa paid a visit there. During the times of the so called “Iron Curtain” the chapel was left abandoned and left to decay. Fortunately, couple of years ago they renovated this gem of art and central-European architecture, and opened it ot the public. Since the chapel was locked in the time of our visit, we admired its interior from the outside before grating entrance doors. Also we sawphotos on the info-board showing its inside. 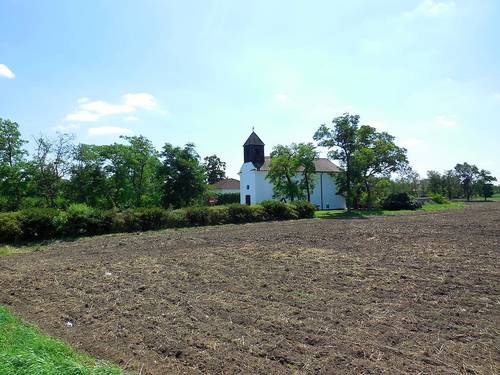 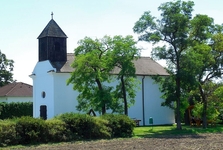 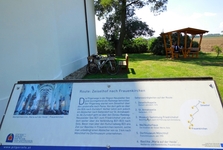 One short stop after we continued in our journey. We reached the easternmost Austrian town Deutsch Jahrndorf mere five minutes later. This small town in Burgerland is a neighbor to Cunovo, a Bratislava district. Clean and beautiful yards welcomed us yet again. We stopped in a center of the town. There was a small fountain, benches, and some weird work of art made of steel plates, and stone platform. Even a military memorial was there, or interesting spring. Our attention, however, caught a large evangelic church with a bell tower. Free time we spent reading our guidebook. We learned that the town was settled during the Celtic era already. Then the Celts were replaced with the Romans and Avarice tribes. Also, it faced Turkish plunder, plunder of Silesian militias, or hard times of the reformation. The town also faced the work-migration problem in the modern history, yet it is not su Chvilku ch an issue in the present. 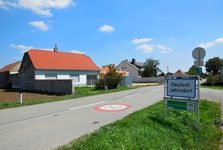 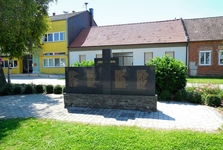 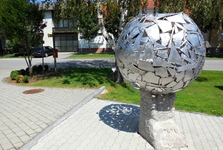 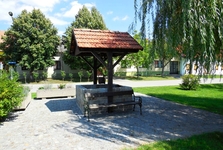 Among the most important sights, some of which we just passed by, is Roman Catholic church of St Bartholomew, Marian column, wooden cross and the aforementioned evangelic church with chapel. When leaving the town, one more thing caught our attention. It was an old tourists’ board dating perhaps to the era of very first direction boards. It hung on a treet near an information board with a map. 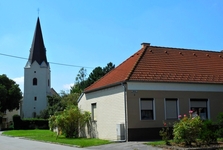 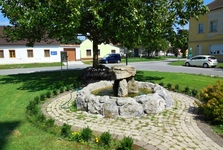 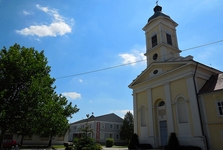 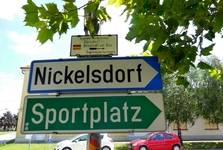 With tons of information in our head and also delighted with the beautiful downtown we continued to the last stop on our trip, a place called in German Dreiländereck, or a place where three countries meet. More about it next time.