Encouraged by our previous trips to Austrian towns of Kittsee, Pama, or Deutsch Jahrndorf, we decided to ride to the town of Mosonmagyaróvár that is about 30 kilometers away. We set off at 9 o’clock in the morning 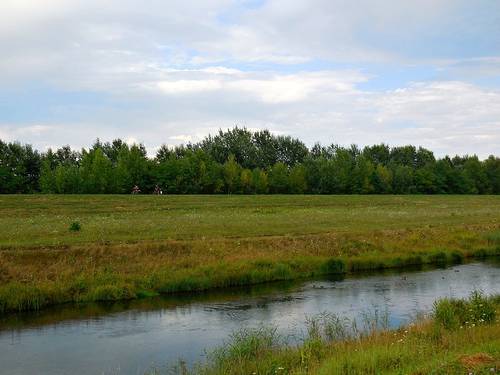 We joined the so called Danube bike highway after a while of wandering among the housing estates. The highway goes along the banks of the Danube from the German town of Donaueschingen across Austria, Slovakia to the Hungarian capital of Budapest. Of course, we rode just from Petrzalka, across Rusovce, till the edge of Cunovo. There we joined the international trail Eurovelo 6. Its part is also the Danube bike highway. All the way it rewarded us with beautiful forest and singing of thousand birds. Interesting fact is that this very part of Eurovelo 6 is one of the most popular and most frequentet. It was unbelievable that we rode along the trail that joins French Atlantic coastline with the Romanian city of Constanta on the Black Sea. We quickly found ourselves at the Hungarian borders with this in mind. The bike trial runs on a perfect asphalt road. 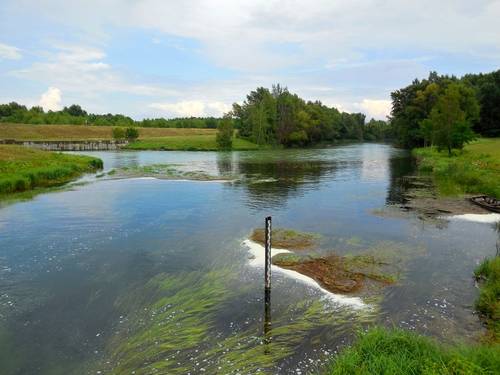 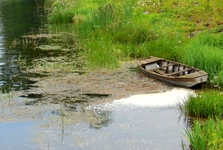 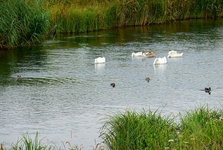 Soon after we crossed the border, we saw the Hungarian town of Rajka. As we stopped there only a week before, we decided to not stop there. We continued towards our goal. Road signs directed us to relatively new biking trail connecting Rajka and Bezenye and the town of Mosonmagyaróvár. 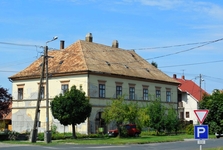 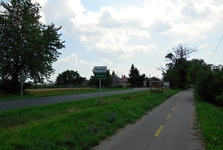 We reached Bezenye after 10-minute ride that provided us with view over meadows. The town’s dominant sight is a church. We decided to stop there and look into our book guide. We larned that the earliest settlement of the area dates back to the era of Germanic tribes as archeological evidence suggest. Later, Germanic tribes were replaced with Hungarian tribes and those made a guardian post out of the settlement. Bezenye was plundered in the course of history. On the one hand, it caused emigration of local population, on the other hand Croatians from Dalmatia and Germans moved there. They left characterstic trace in the city, for example bilingual boards. There is a museum of national history and the Virgin Mary church built in 1812. We saw it also from the inside. We continued south after this short stop. 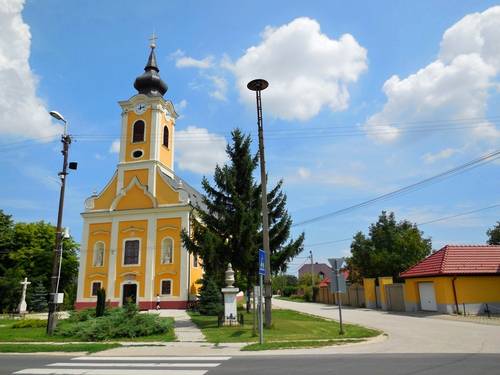 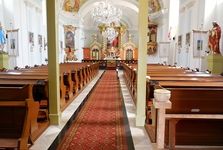 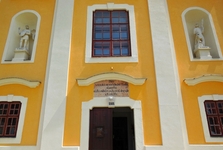 The trail was monotonous until we saw the first signs of the city. About five minutes later, the road changed from asphalt to gravel. It took us quickly to the center of Mosonmagyaróvár – the castle or near pedestrian zone. You can learn more about Mosonmagyaróvár HERE. While riding our bikes, we saw historical buildings and stopped for a lunch in local restaurant. Hungarian hospitality did not disappoint us! Filled with food and beautiful landscape we moved back along the same trail we ued to get there. We were thinking for a while to make a short detour across Dunakiliti. After reconsidering our physical abilities, and worsening weather, we did not want to take any risk and headed home. 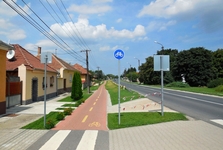 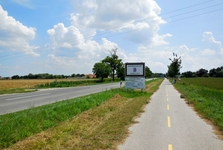 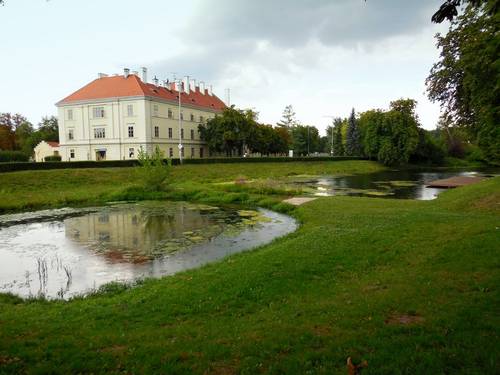 This bike trip marked an end to our active biking season. We had much entertainment and sometimes some adrenaline. Now we have to put our bikes to a rest in a garage. We take them out again in the spring when we set off to new adventures.