While enjoying the atmosphere in a park, our guidebook told us that the beginnings of the town date back to 1208. At first its population lived off fishing that is remembered by its coat of arms that has a red dragon on blue background on it. As the villages around, even Rajka experienced Tatar and Turksh invasions. It was damaged by a huge fire. The village flourished in modern history, and it even became a residence of the district. This brought there nobility, artisans, or merchant that made it prosper. This great period was interrupted by the Great War and the subsequent treaty of Trianon. Once the center of the region became a small remote border village in Hungary. The village had seen vibrant construction period after the borders were opened, and people also settled there. 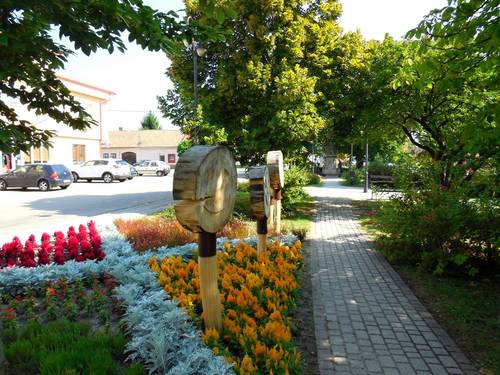 Rajka caught our attention with its look. It was clean and orderly. Most of houses were painted so the village has a lot to offer tourists or lovers of history. There is a Roman-Catholic church with Gothic façade and Baroque interior. Then there is Baroque calvary, Stahrenberg’s 17th century house house, or remarkable Zichy chateau. The last interesting thig was an information that ancestors of famous Franz Liszt lived in Rajka. 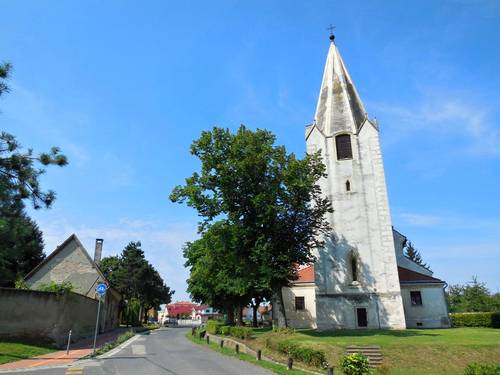 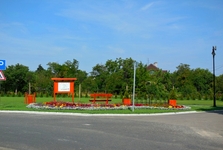 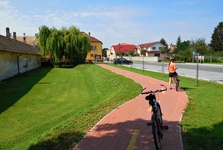 "Equipped" with that knowledge we left the park and joined a bike trail running to Slovakia. An asphalt road took us along a pond and then to a small forest that provided us with a nice shelter in this hot day. Suddenly we were at the Danube bike highway that took us home, to Petrzalka. 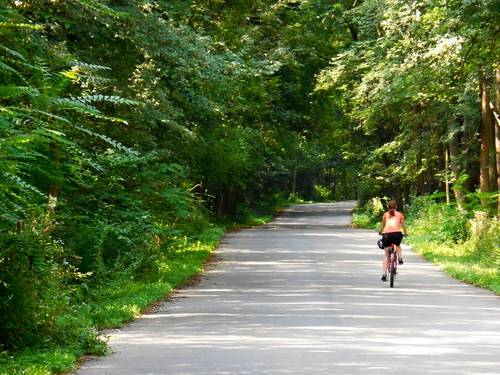 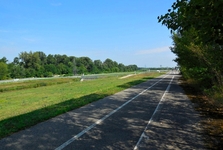 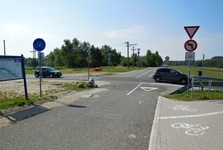 This bike trip left us with many experiences and unique moments we recommend you to experience on your own. As the whole trial has almost no rising at all, the trail is suitable for families with children. Do not hesitate to try it as well!