Kysuce region we visited many times, but each time our next visit, we see that perhaps it is not possible to see all its beauty and heritage.

Between the mountains Javorníky and Moravian Beskydy is still quite a few tourists visited Turzov Highlands. In it lies and picturesque village Kysuca Klokočov that many people know more as a border crossing (Klokočov - White) with the Czech Republic than an interesting place, ideal for leisure in the heart of beautiful countryside. It's a shame, because Klokočov has to offer. There are National Nature Reserves such as Little Polo program, which was declared to protect the preserved forest communities of beech forests mixed with fir spruce, which occasionally occur sandstone cliff edges or local field depression communities. You will also find Polk Nature Reserve, which is characterized by well-preserved remains of springs and wet terrain depression, in which there are also rare and endangered species. Very interesting site is a rural conservation zone Klokočov - The Kršle settlement. Well here we attract something else.

We were curious about the interesting stone balls, whose origin is still not successful scientists reliably clarified. There were many speculators who even claim that it could be a work of extraterrestrials. Crazy ideas about the formation, however, leave it to others. 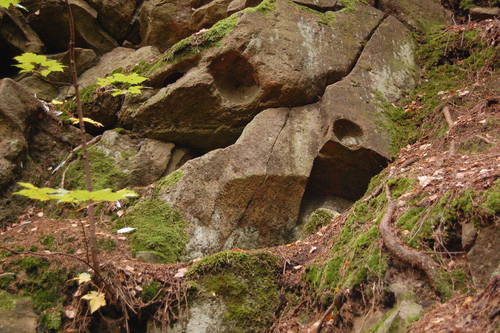 gonky near Čadca, but we decided to look at the less well-known in Klokočov. This interesting site is available on the blue trail to which it is best to connect the main road near the bus stop at the beginning Klokočov, in the head. From there it is only a few hundred meters. However, you must prepare for a relatively steep, but fortunately not long climb. This is really interesting geological department you swiftly take more than half an hour. There will be at its best

reveals pudding sandstone rock-edge length around 300 m high and 15-25 meters. The entire site with an area of ​​6.12 hectares in 1984 was declared a Nature Reserve. From the geological site Klokočovské rocks risen by “flysch” rocks. The most interesting part are stone balls, rounded cleavage resulting sandstone, which you can admir

e in their natural uncover.Unfortunately, there are still remains preserved only for spherical bodies. Watchful eye of tourists will certainly not escape the spherical niches in the rock wall, which are a clear signal that from these places used to be "rolling out" This is a stone ball. Perhaps the greatest and I have to admit that for us and only really visible and recognizable stone ball at the bottom of the cliff. Certainly we were not the only ones who have scrambled to her that she could touch it. Below, it is possible to see one more spiky wall, which served us as a stepping stone. In addition, this region can also boast the presence of several protected species of plants. For those too Worn out, I recommend you go through for about an hour out on the clay during which they can get some beautiful views. 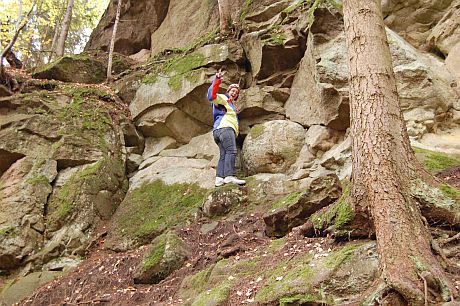 If the walk on the fresh mountain air made you tired, same as us, visit the quite new Sudopark in Klokočov, where you definitely get better. What it actually Sudopark where you can find it - read next time. 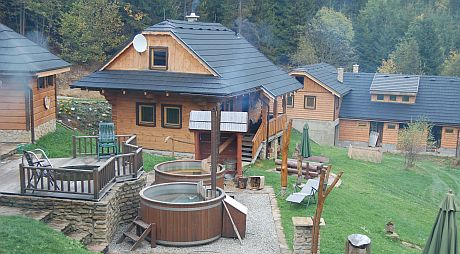