Vienna is not too much bigger as Prague. The town has nearly two millions of inhabitants. To tell the truth, even one day for visiting and admiring of all monuments and sightseeings is unsufficient. The visitors who would like to try it, can be recommended to use one of some red or yellow tourist buses and drive around all most important monuments

within two or three hours lasting excursions. So, after termination of such drive, you can say: „I managed to see all most important monuments of the town!“ - but, those most important impression came off - and this is unrepeatable atmosphere of the town. Maybe, many tourists prefer the drive around the town by hackney-coach. This means of transport belongs inseparably to tourist nucleus of the town. On the other hand, the persons who take this drive for too expensive, the excurison by tram is recommandable as well, and any special tram route could not come into question at all. As far as the fastest transfer is concerned, so, this is offered by underground of first class level (U-Bahn). However, this drive has one big disadvantage, you can see very little from beauties of Vienna. Anyway, speed railway S-Bahn has better situation. 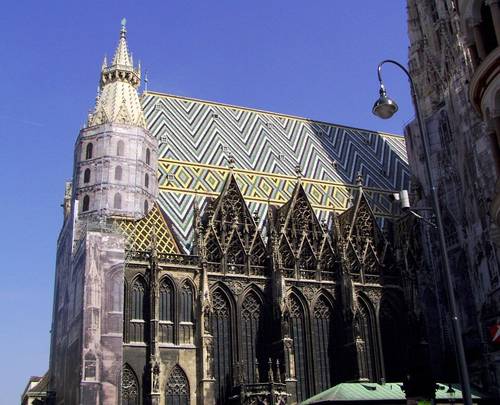 Well, below, you can find several tips for walks through Austrian metropolis, as follows:

Most of monuments are concentrated in city-centre

Your walk could be started in city centre, where the greatest concentration of sightseeings is placed. All such monuments remind time-period when the town became a centre of one from most powerful European monarchies. Anyway, pedantic historians must pay their attention for one little thing: many Middle Age and older buildings were renovated carefully when the devastated wars with Turks were over. Vienna has one characteristic dominanta, St. Stephen Cathedral (Stephansdom), where most of tourist walks are started or terminated. This wonderful building in Gothic style, with its variegated mosaic on the roof will attract wit

h its towers of different heights. This lower one could be reached by lift to the biggest Austrian bell. On the other hand, the higher tower is offering imposing round view towards a town and environs, from its 60 metres height. The entrance charge is lower, but you have to mount upstairs more than three hundred stages.

Whichever direction you walk from Stephen´s Cathedral, through busy or less frequented street, you walk through history. The tourists are temptated with many caffees and souvenir shops. In this connection, we wish to recommend you to have a look upstairs and enjoy rich decoration of local building and palaces, diversity of building styles and decoration. If you

decided to walk through Kartnerstrasse passenger zone, you can arrive, after couple of minutes, to Opera Building and Sacher Hotel, which also belongs to typical Vienna topics. Nevertheless, who will not be temptated with a piece of Sacher-cake, he probably turns his steps opposite, towards typical wing of well-known Vienna Albertinum Gallery. This building complex of former noble palace as well as Augustinian´s Order Monastery is situated in a places of former Vindobona Roman military camp. Albertinum is known, first of all, with its offer of exclusive thematic exhibitions, arranged regularly each year from public as well as private collections from all over the world. This Gallery has its special position among another Viennese exhibition places. 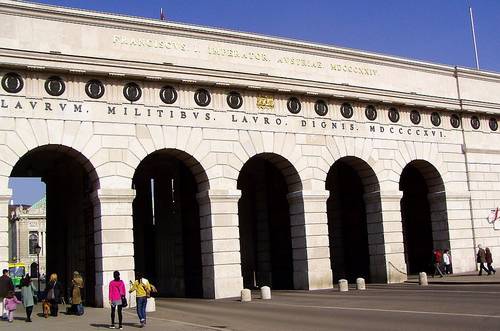 You continue your walk through majestic gate of this Emperor´s and King´s Palace and internal courtyard you reach extensive Heroes´ Square (Heldenplatz). Here, you can notice, along your left side, Hofburg´s frontal facade of horse-shoe form (a part of its wing serves as luxurious hotel) and along your right side, you find Volksgarten - town´s park. Straight ahead, across next entry gate, and after crossing one part of internal traffic circle (Ringstrasse) you reach Mary Therese Square (Maria-Theresia-Platz), where you can admire symetrical buildings of Arts-Historical Museum (Kunsthistorische Museum) and Nature-Science Museum (Naturhistorische Museum). In the centre of this park, you can admire majestic monument of this famous Austrian Empress.