Our concrete goal is the village of Hampi laying on the ruins of once powerful city, the center of the Vidyanagar empire, the most powerful empire in the then India. This kingdom existed since 14th to about 17th century. Its capital, Vidyanagar, had about half-a-million people during its greatest fame in the 16th century. It is a truly magnificent number of people when you think that about half a billion people lived on the planet back then. 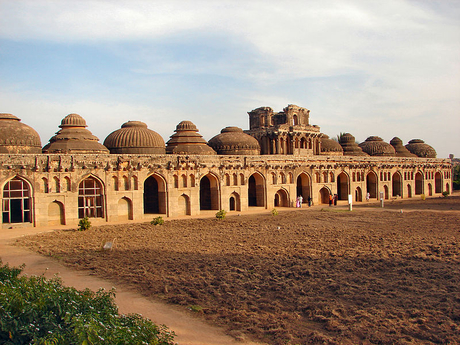 The name of the city points to its power – its name means the City of Victory . During conflicts with Muslim kingdoms in the north, the Vidyanagar empire began to decay. When it was conquered by untied sultantaes, the capital was plundered which resulted in destruction of many Hindu temples and sacred items. What remained of the city is protected under UNESCO’s world heritage today. mezinárodní organizace UNESCO.

So what you can see today? The main sight also considered one of the most important in India, is the Virupaksha Temple. This Hindu temple has been standing on the site since the 7th century. Originally, it is only a small shrine which gradually expanded to a massive complex. 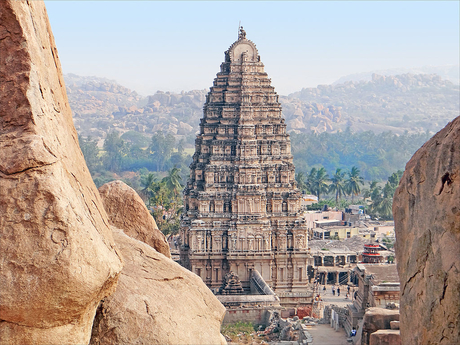 The temple flourished under the rule of Vidyanagar ruler in the middle of 14th century. Many magnificent works of art were created to be later systematically destroyed by Muslim conquerors. Despite the city was almost flattened, people there continued to practice their religious rituals. The remains of the temple form the center of Hampi village today. The entrance gate is a fifty-meter tower behind which there is about a kilometer long street. On the other end is a massive statue of bull known as Nandi on which God Shiva rode. 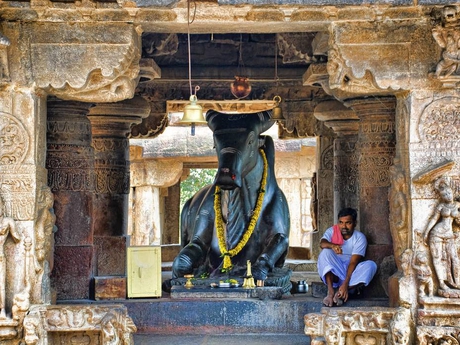 We go southeast to the Royal center . There are remains of palaces, administrative buildings, and some temples that were used for the royal family, mostly. Unfortunately, nothing more than foundations which were of stone remained. The building were made of wood which did not last. 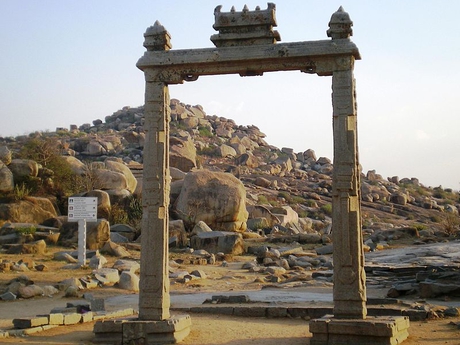 But stone buildings such as fortification, or temples have been preserved partially until today. Among them is an aqueduct which has its mouth in two tanks – the Great tank filled on special occasions, and a terrace tank.

The ruins of great Vidyanagar are encompassed by atmosphere of a capital of once monumental empire hard to see anywhere else. But there is much more about Indie and we will explore some of its other sights some other time.