The largest city in Gujarat, and the winner of the best city in India is Ahmedabad. In the 1960s, the city became even the capital of Gujarat. 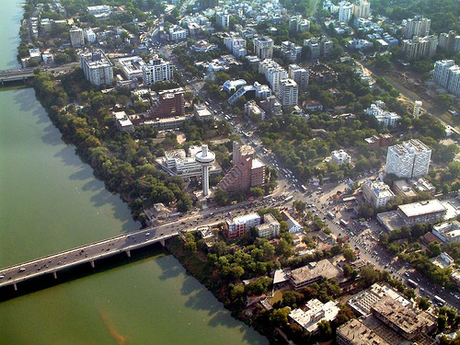 In the 19th century, the city became to flourish under the British rule . Industry was growing, especially textile industry. The city’s industrial potential was so large it was called „Manchester of the east“. 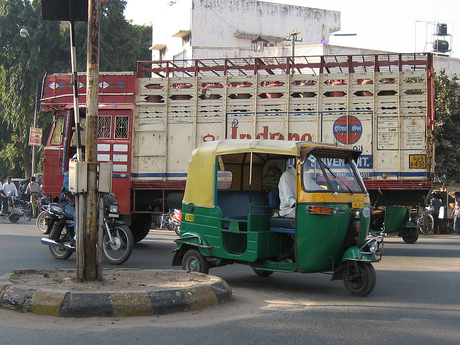 This city of eight million had less then half-a-million of people in the 1960s. Then it was declared a capital of Gujarat. It was another impulse to its growth as instutition of education were established there which stemmed innovation and technology sector. The city was set an example of success around the world.

Shiny development was put to a halt faster than expected. During short period Ahmedabad was the capital, works on the new capital were underway. The new capital was Gandhinagaru, only couple of kilometers from Ahmedabad.

Ahmedabad boasts with historical heritage. A trip to the city

should include some of its most prominent sights. An old merchant family of Hathisingů built the most well-known sanctuary of Jainism in the 1740s. Jainism is religion the main principle of which is peace and absolute denial of violence. Works on this beautiful temples began in the time when Gujarat was plundered by large hunger. The construction gave many people work for two years, i.e. to 1848 when the temple was finished. By the way, local Jain and Hindu communities have large influence on how people eat in the city. On many places, you can eat only vegetarian cuisine. Large international chains like Pizza Hut, McDonald’s, or KFC have to prepare food in specially separated kitchens. 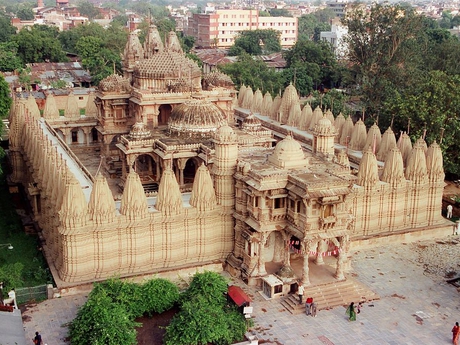 Stay in the center of the formar textile capital should include also a visit to the museum of textile (Calico Museum of Textile). It is referred to as one of the best museums of its kind in the world.

Next Friday we will see some other interesting places in India.