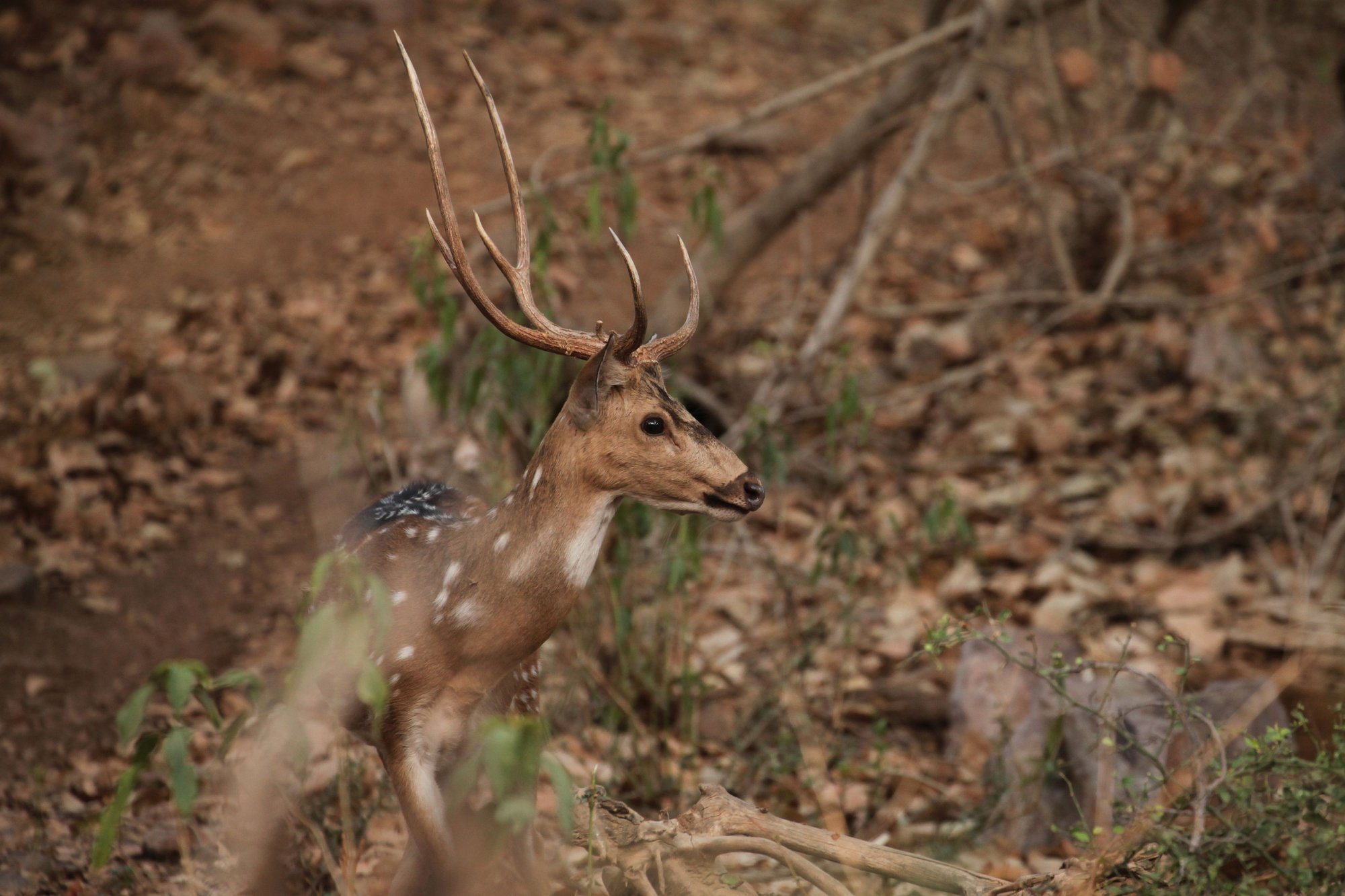 We arrive in the park before the opening. We start with zone number 2. Immediately after a few meters I see a lot of wild animals. Sambar and axis deer are most abundant here. Sambaars are larger in size, have a deep gray color and large ears. Only the male has antlers. The significantly smaller increase is the Indian axis, which the Indians call chital. Its color is rusty brown and the body is covered with white spots. You can watch peacocks almost everywhere. They are very widespread in India, someone even told me that it is such an Indian "hen". They are not as rare as here. While waiting for the best shot you can watch a lot of beautifully colored birds. Most often around you will fly stray, which likes to sit right on the car. Different kinds of kingfishers shine with colors, especially large lakes fly close to them. Sometimes you can see green parrots or owls for the evening. 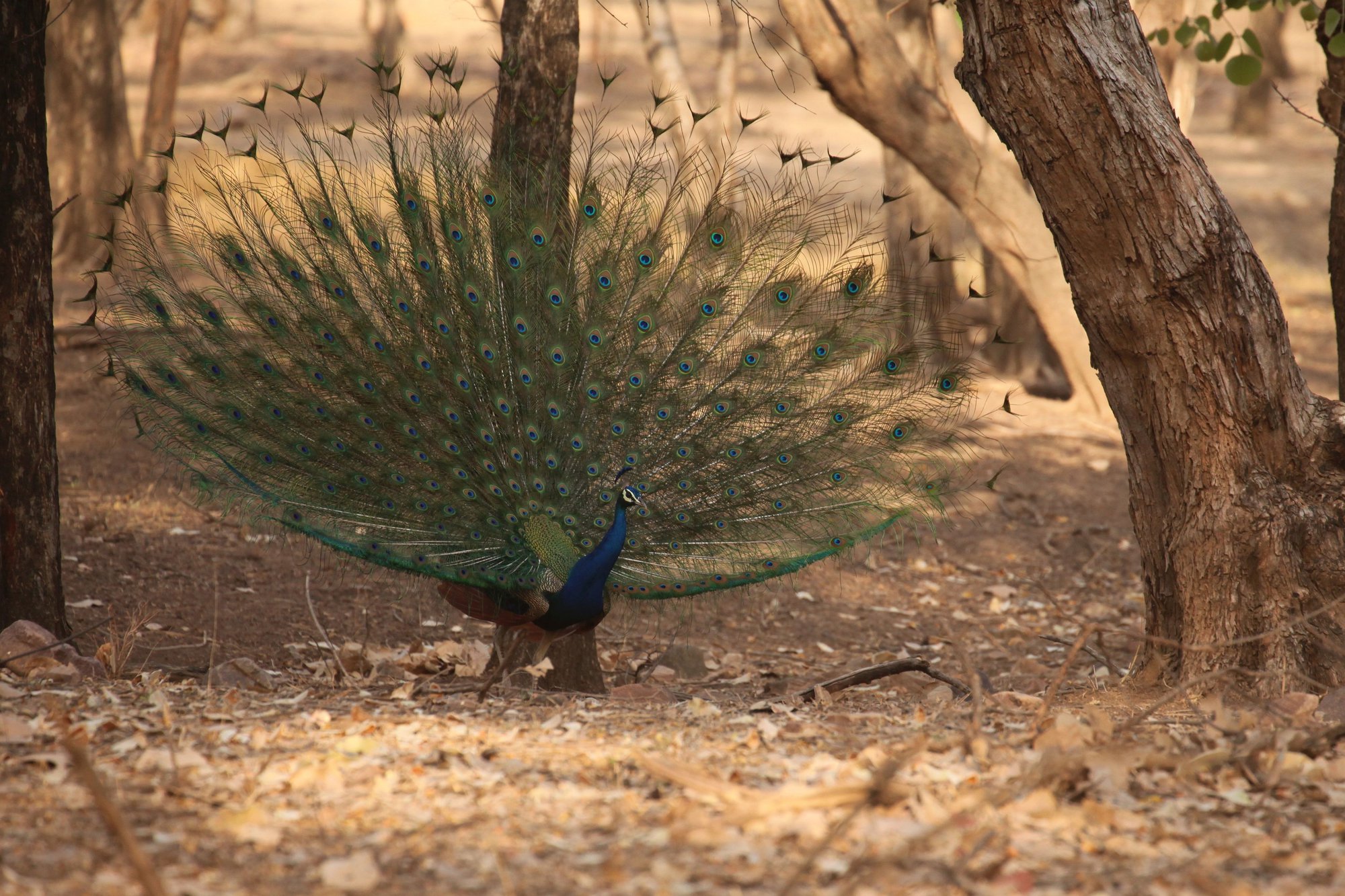 When I set out to name the fauna, I must not forget the monkeys, especially a lot of langurs. Sometimes squirrels flicker among the trees, and when you are lucky, you can see the mangust. Of those big beasts, a bear or a leopard is certainly worth mentioning. 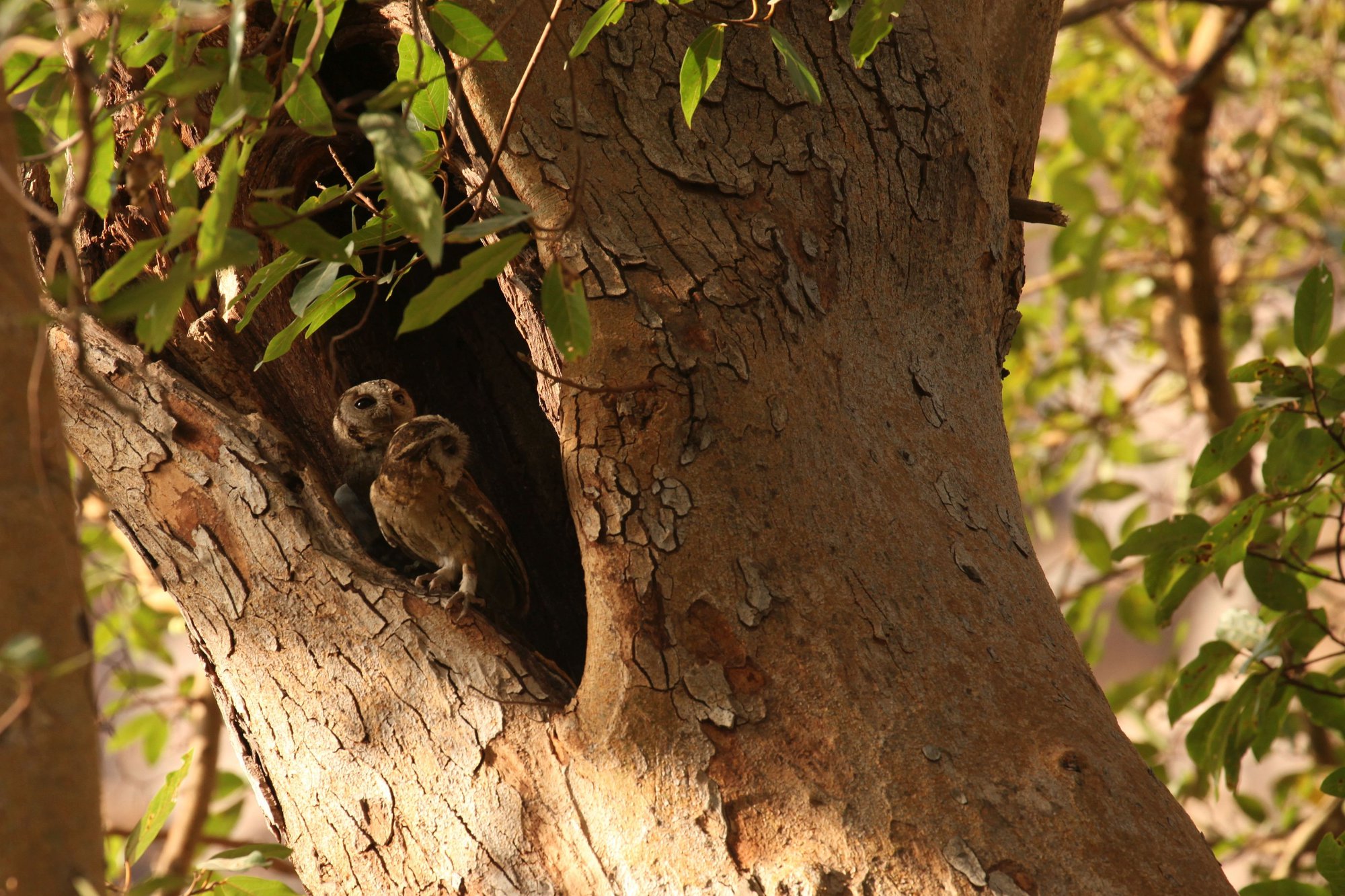 There are a lot of objects for photography, but tigers are our main interest, as well as just walking in the park. I guess I'm a child of fortune, because I only need 15 minutes and we see the first beauty. The tiger lies in a small pool and resting. Its designation is T98. Each of the tigers gets their number over time, and of course the whole family tree is being watched, for example this boy is the T60 Tigress son. We'll take a few shots and our wizard commands to leave. 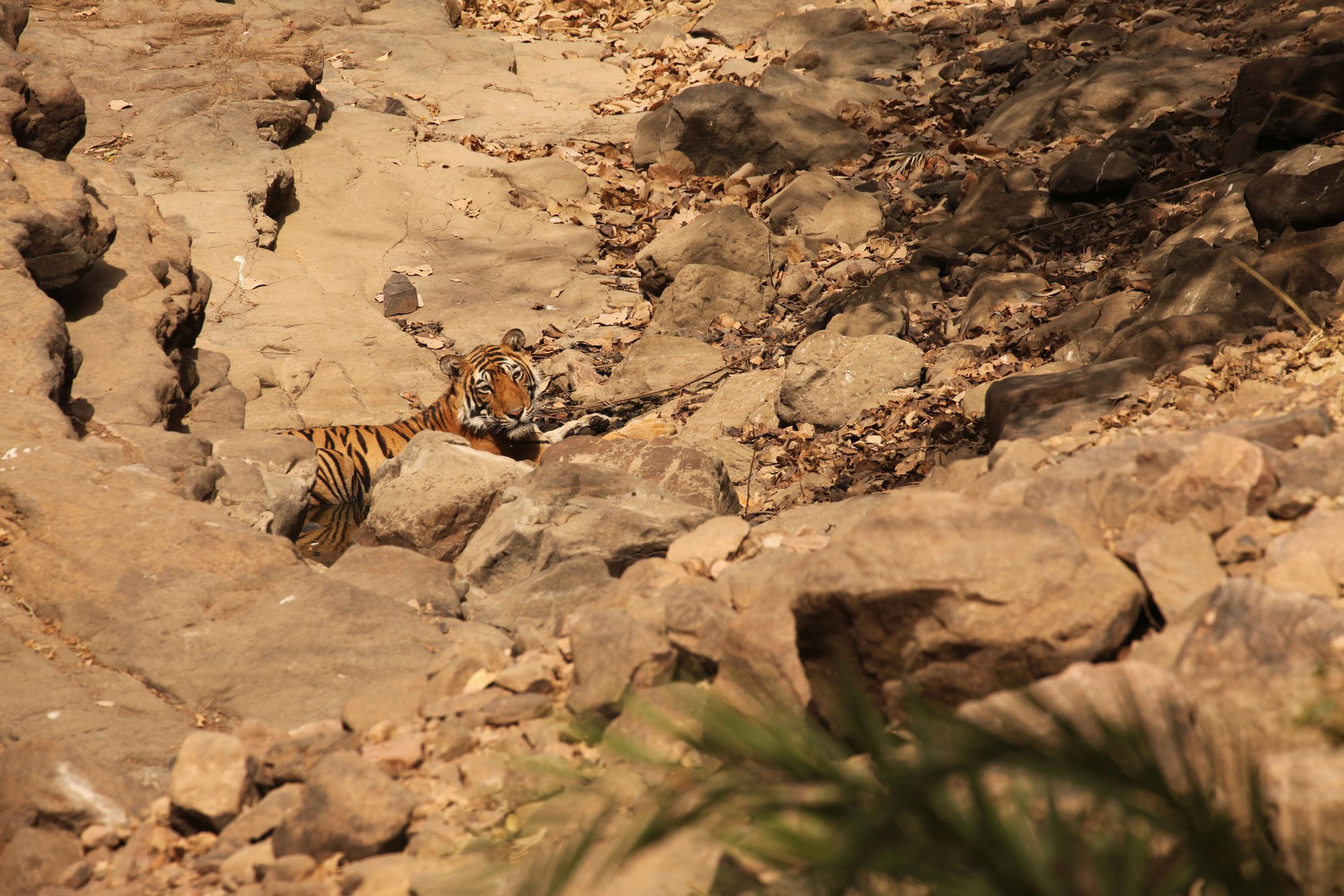 So we keep going until we find a very nice lady. He walks through the thicket and approaches slowly toward us, or the small water surface. It is a huge heat, something around 40 ° C, so it's no wonder her footsteps head straight into the water. First he drinks and then refreshes the whole body. He will stay in the water for about a quarter of his watch and then move closer to us. It's unreal, I'm just a little bit away from her, I feel like he's looking straight into my eyes. This tigress is the daughter of Noor T39 and her father is a T57 tiger. Suddenly, the guide points out and quickly points through the trees. Yes, it is unbelievable, one of the biggest local males is coming to us from a distance - the father of our lady. 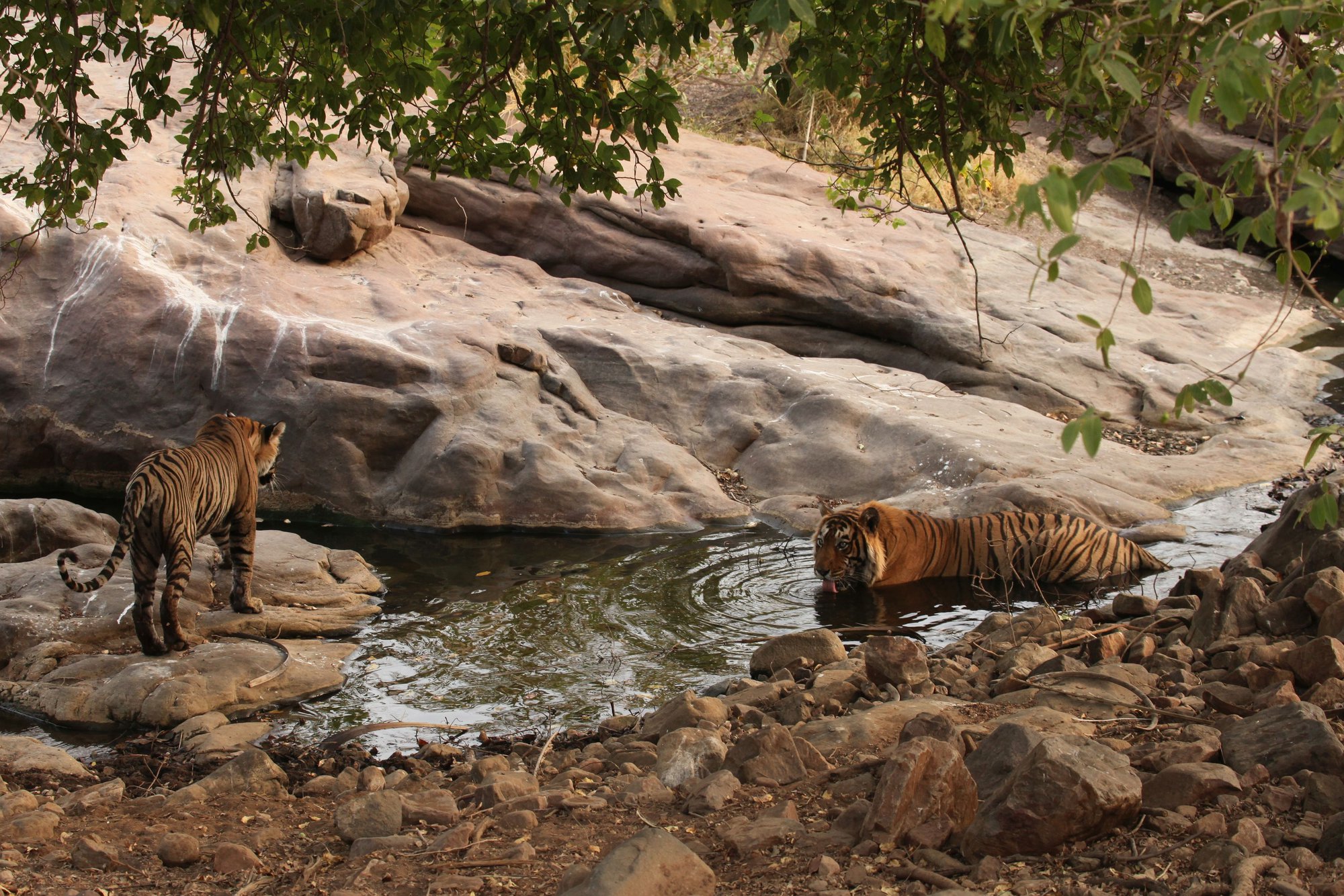 The female slowly rises and walks toward him. Most likely, she would also play, but Daddy will make it up. He allows her to get close to him, drink it together, but with a facial expression and a tooth-brush, he makes it clear that nothing else is possible. Great moments and great shots, the first day and such a success.

Our time in the park is over. Usually, Safari takes 3–3.5 hours. We're leaving for the hotel, there won't be any big events today, dinner and sleep, tomorrow we get up early and we'll talk about the next day in the tiger paradise next Saturday.