We ended up in the town of Arriaga and bought tickets for a second-class bus to Oaxaca. We just read that on this journey, buses are sometimes ambushed and robbed, so we thought the second class couldn't interest them. The disadvantage was that the driver was driving with us about the rally, I couldn't even drink from the bottle the whole night, as I was throwing. And I was also a little worried about our backpacks in the storage space, whether they would drop us on the way. In the end everything went well. Although our bus stopped four times a night, but it was always just a police check. 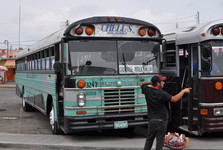 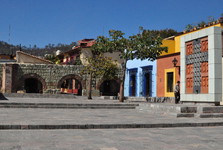 Oaxaca city center, founded in the 15th century, was listed as a UNESCO World Heritage Site in 1987. In addition to architectural monuments, the city can be found in a combination of different traditions and ethnic groups and cultures, transforming it into a city full of colors, the taste of mescal and the smell of chocolate.

El Zócalo, known as the Plaza de la Constitucion, has existed since the colonial era. In the middle of the square is a gazebo reminiscent of a bouquet of balloons. It lives on this square. Shon people all day and evening come together to sit here. Historical monuments and attractions such as the Palacio de Gobierno and the Cathedral are surrounded by the square. There is also a small square next to the cathedral. The cathedral itself dates back to 1535, but has since changed considerably. After the 1714 earthquake and major damage, a major reconstruction took place between the years 1724–1730. 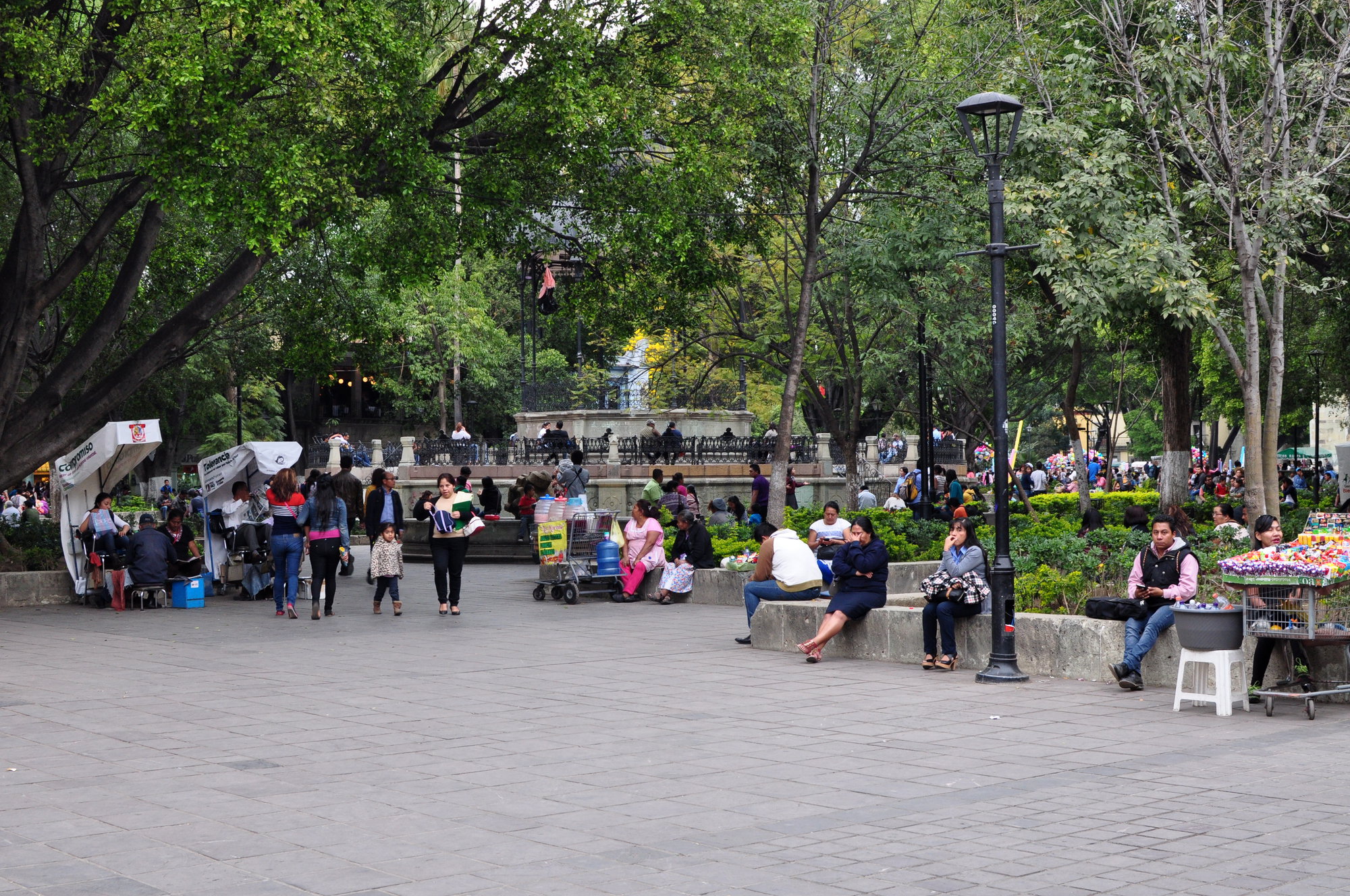 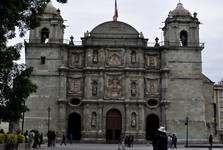 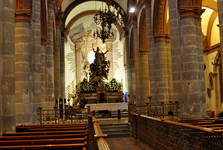 Templo de Santo Domingo is one of the most beautiful churches in the entire state of Oaxaca. Also, there is a cultural center and a botanical garden. Other nice sights include the Macedonio Alcalá Theater and the 20 de Noviembre and Benito Juárez markets, which are well worth a visit, to the south of the square. There are craft and street stalls throughout the city. The city is very nice and safe to browse in the evening after dark. 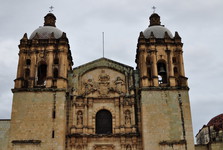 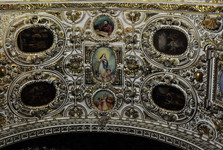 Parque del Llano is a pleasant green area in the city, where people go for a sport and relax from the hustle and bustle of the city. We also sit here, close to the pretty church of Iglesia de Guadalupe.

For a nice view of the city we go through Rubén Vasconcelos Beltrán to the Auditorio Guelaguetza, where the observatory is located. If we want to walk further into the park (Parque Estatal Cerro Del Fortín), a runner will stop by and warn us that we don't have to go on. The place is not guarded by policemen, so someone could mug us and rob us. We didn't intend to take any risks and we rather went back. It would be a shame to lose the camera. 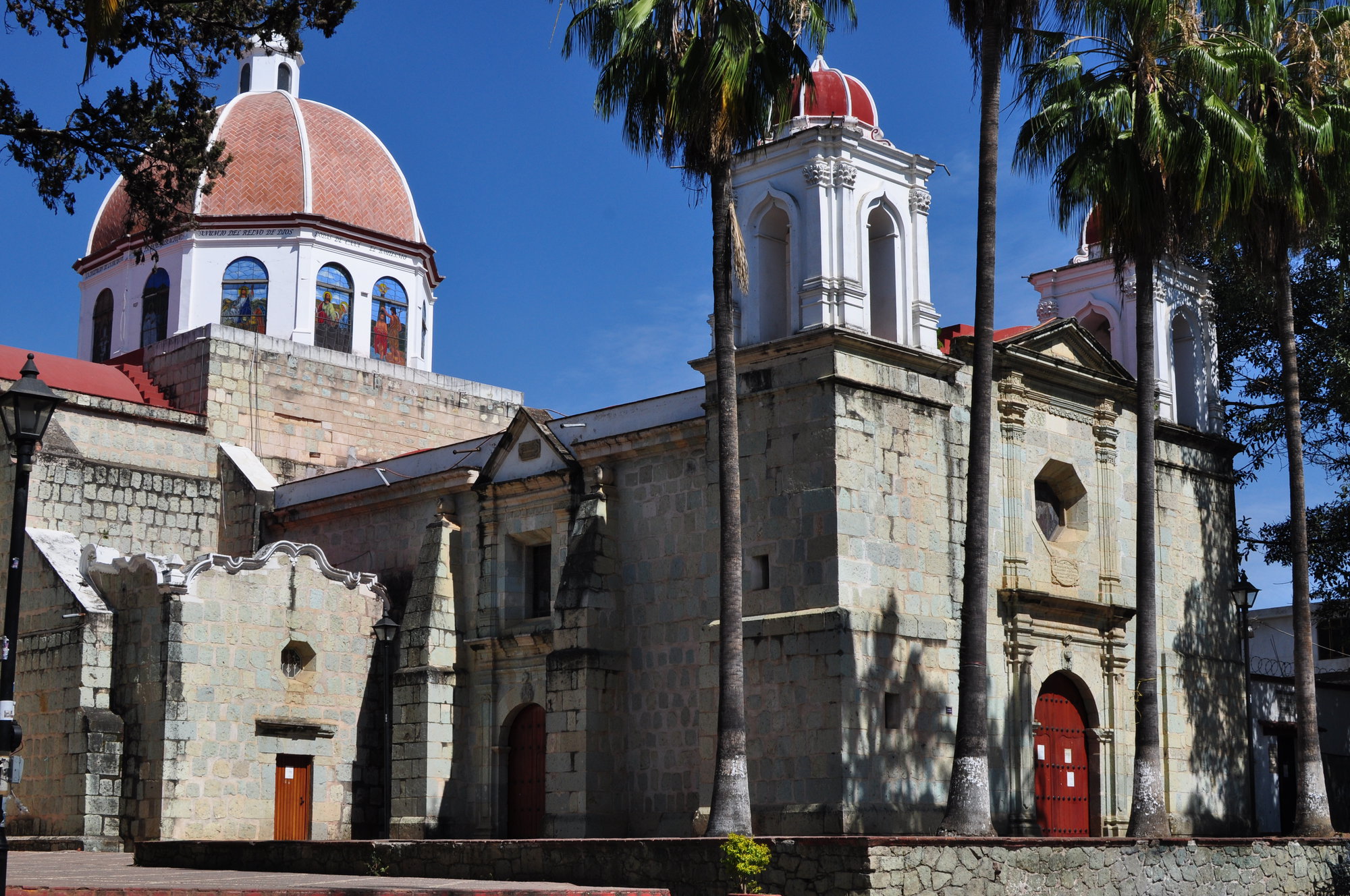 On the way from Mexico to Belize, we are still taking a break for the night in cities like Cosoleacaque and Chetumal, where we go to the former American school bus to Belize.