en.infoglobe.cz » Morocco: The Magic of the Orient IV – Marrakesh and Essaouira

We go on to the graves of the Saadi dynasty. Soultan Moulay Ismail grew envy towrads them and ordered to wall up their graves. The French accidentaly discoveed the graves when they flew over the area  in the 20th century. Their most important ruler was Ahmed Al Mansour, which translates as victorious. 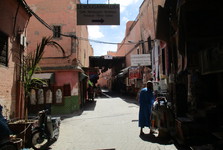 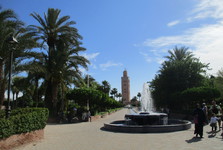 Then we walk through a Jewish quarter to Bahia palace which once belonged the Grand Vizier. He fell in love with the daughter of his minister of war. He then made her his fourth wife. We see the chambers of his wives, a spacious harem, gardens, audience room, and private chambers. The Grand Vizier had there blind musicians so they wouldn't spy on his private life. Servants were not allowed to speak loudly to not disturb is quiet family atmosphere. They learned to communicate by gestures similarly to Topkapi palace, Istanbul. 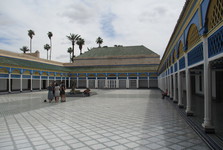 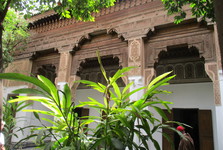 In the afternoon, we go to the most famous medina in Morocco, in the heart of which is Square of the Dead which inspired many writers nad painters. Here is true exoticism. Vendors yell one at another, people clap to acrobats, and snakes twirl on their owners. Spices, medical herbs, or herbs for magic and cosmetics are sold here at souk (market). Here you may buy a mandragora root, antimonit for eye shades, and there was even a slave trade. I take pictures of the square from a beautiful cafe. At sundown, we approach Koutubia mosque, one of the three landmarks related to the Almohad dynasty. Koutubia translates as booksellers. They sold their books here and financed the construction of the mosque. Today you may see only low columns and main walls. 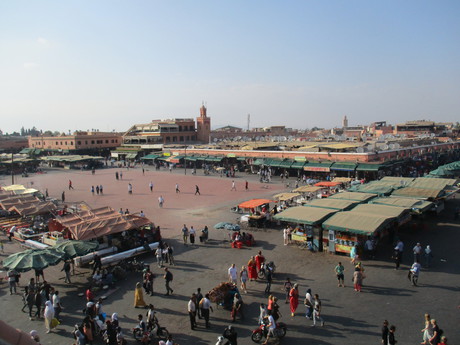 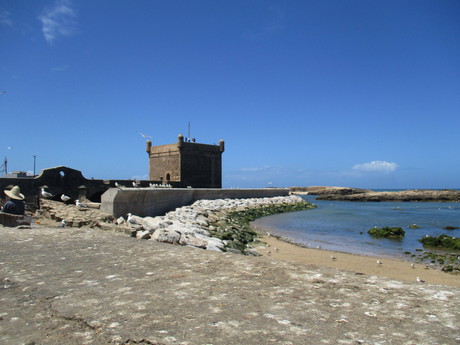 We begin the tour on a lookout point behidn the city where the land meets ocean. Then we enter the city and ride along the boardwalk and the beach, the place where hippies squatted and Rolling Stones and Oasis held a concert. It is a very popular spot. In the present, you may see many surfers or even a windsurfing championship. We get off the vehicle at the place where the port meets the city wall. We see a massive citadel and an elegant entrance gate with an Arabic inscription. At the square begins a labyrinth of stands with many friendly vendors selling paintings, jewelry, statues, and many beautiful items you don't need but they add beauty to your life. Essaouira wrapped me in its magic and great atmosphere. I feel salty wind on my cheeks. I want to remember this image forever. 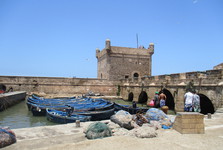 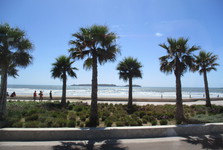