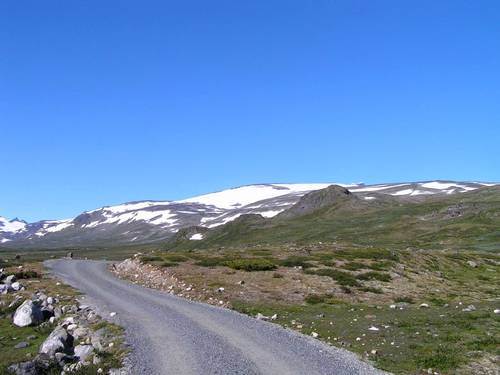 After several days of bus rides and sleep overs in Norwegian hostels we reached Jotunheimen National Park, the Home of the Giants. In Norwegian, Jotunheim is the name for one of the nine realms in Nordic mythology. We found it amusing that now it is about giants so we started the day in good mood. During our journey across Scandinavia we took on the so called tractor shoes and set off to climb one of the most popular high mountain areas in Norway which is known also for fishing. The national park’s area is 1 200 km2. More than 250 peaks are shy 2000 meters high. There are even two highest mountains in northern Europe (Glittertind and Galdhopiggen). 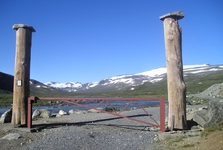 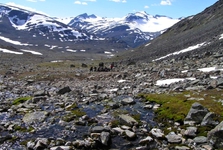 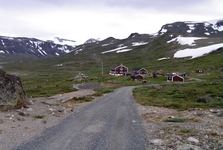 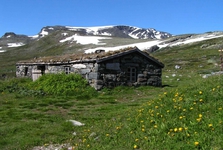 But we were not about to climb these. We followed tourist trails to reach some of the lesser peaks that had beautiful views of the landscape. Unusual vistas were enhanced with snow fields, mountain rivers, flowers, and beautiful Nordic hills. We walked from valley to valley trying to see elks or deer, which are park’s typical inhabitants. Interesting thing about this landscape is that it once was hunting grounds of our ancestors. Archeological findings are dated to the Stone Age. For more than 1000 years the territory was utilized by shepherds. The Royal Route led there in the 14th century. The first alpine cottage was built here in 1869. The national park is part of the mountain range with the same name. There are more than 29 highest peaks of Norway. Therefore, we weren’t particularly amazed to see so many mountaineers there. Our many impressions and joy of fresh air led us to the place from where we initially started the trip. 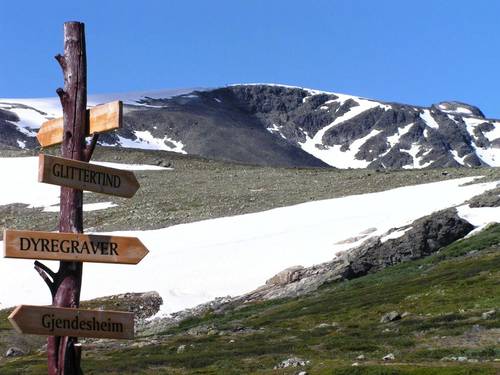 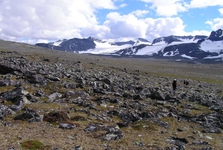 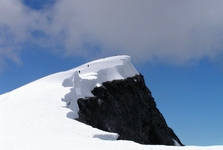 In Jotunheimen, almost in its center, there is Gjende, a glacier lake at the bank of which we made a break. The lake washes, or rather fills, steep precipices of nearby high mountains. It turquoise color lures people to make a boat ride. The lake is 18 kilometers long but only about one kilometer wide which is due to the nature of local terrain. Around you can make trips to, for instance, some of local alpine cottages. Less enthusiast tourists can camp at the water. One last look concluded our visit of the lake and we moved on. 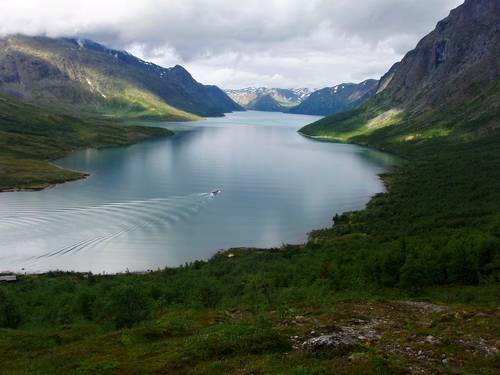 On our way from Lake Gjende we joined European road E16 going to the second largest Norwegian city of Bergen. After travelling through the first third of the road we stopped by at the most famous and the most beautiful wooden church in Norway - Borgund Stave Church that was built in 1150. The church is quite small yet extraordinary for its genuine architecture. Since it was built it has been never rebuilt or expanded. Once we saw it with our bare eyes it seemed eerie. Perhaps we had this feeling for its small windows, dark wood, and nearby cemetery. We moved on and read some rune inscriptions on its inner and outside walls. The roof is also made of wood. On some places it is decorated with replicas of Viking boats reminding us dragon heads. The inside of the church is a nice wooden altar with paintings. Yet it is accessible only after you pay an admission. We spent a while watching this marvelous building. Then we stepped in the bus and continued to the city of Bergen. More about it you will learn next week. 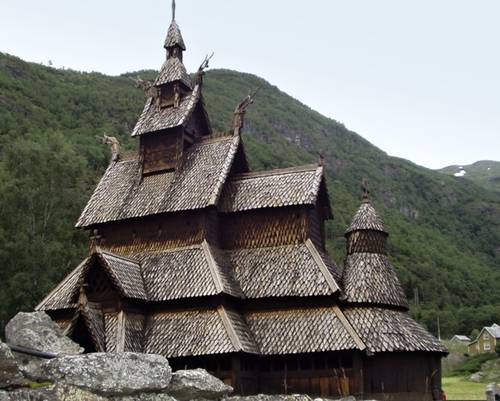