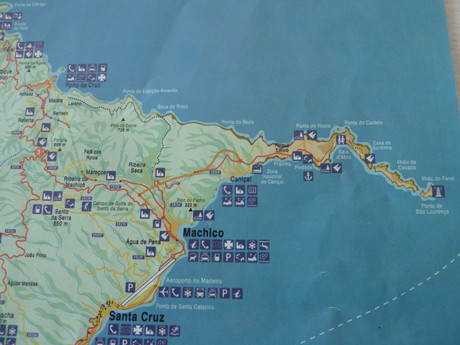 We pass by vast fenced estates covered by solar cells. These stand on parched red soil. We saw some red features up in the mountains before. These were usually rests of lava stones. The heat pulverized such rocks here. 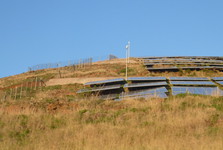 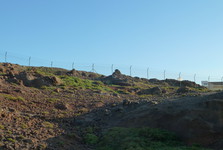 Now we are at Ponta do Sao Lourenco. The black sand beach Prainha stretches under the cliff. Once you park your car you can descend. Should you be a thick-skinned person, you can take a swim in cold water. It is just a bit to the left from a roundabout to Ponta do Rosto outlook. There you can view beautiful scneries with cliffs or even Porto Santo island, in case there is good level of visibility. The island is less than ř0 kilometers away. From Funchal, it takes around 2-hour boat cruise to get there. Had you turned ride at the roundabout, you reach Casa do Sardinha oasis and Ilhéu da Cevada and Ilhéu da Farol. These islands complete the eastern tip of Madeira. A lighthouse is situated on the latter of the islandst at 103 meters. Its light is visible to sailors from great distance. Should you walk to the very end expect worse weather conditions. 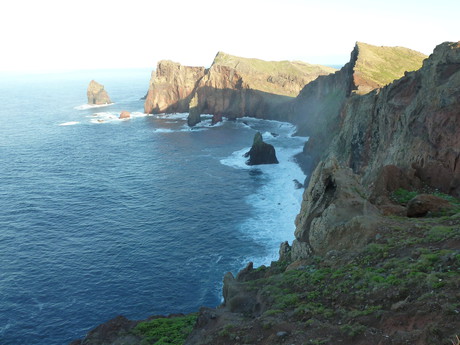 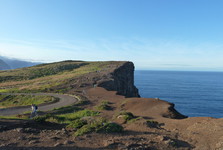 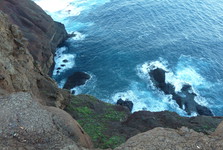 Canical is a fishermen village (the parish was founded in 1561). The village is situated in the direction to Funchal when going from the eastern tip. The village became notorious for whale fishing. Once the whales were no longer caught a museum remembers this tradition. There are life-sized specimen. Also, a fishermen festival reminds of this extinct tradition. It is held every year on September's third Sunday. A picture of the Virgin Mary sails to the sea from the chapel on an adorned boat. A prayer during this act asks for a fortunate comeback. Canical became a town in 1994. It is known for pasta production. A point of liason is the ever expanding cargo port. Anything coming to Madeira is directed there first. Even gasoline tanks. The entire eastern tip starting at Canical to the last islet has 6 kilometers in lenght. 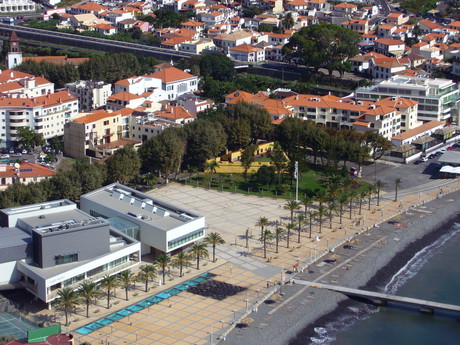 We pass by Machico on our way to Funchal. It was at the former when sailors set their feet on the land in 1419 and thus discovered the island. Also, the only freeway on Madeira beings here. Yes. Even the northern side has a two-line road. Yet don't expect the kind of freeway you are used to. Apart from the historicaldistrict, there is Fore do Amparo which is popular among tourists. The sand beach covered by yellow sand imported from Morocco, which seems to be almost as if golden in the sun, is a popular place as well. A concrete wall reaching the bay was built in 2008. It is supposed to protect the beach. There are not many beaches on Madeira. This one is the most popular one. Machico was never the capital of the island. However, earlier it used to be called Kapitana. The translation sounds something like a military commanders' HQ. Every June, there is a historical re-enactment of the landing of the 15th century. The island became the center of sugar cane production back then. Some farmers still make their living on terrace fields. They grow grapewine, fruits, potatoes, or cerals. Majority of the inhabitants are employed in the tourist industry. 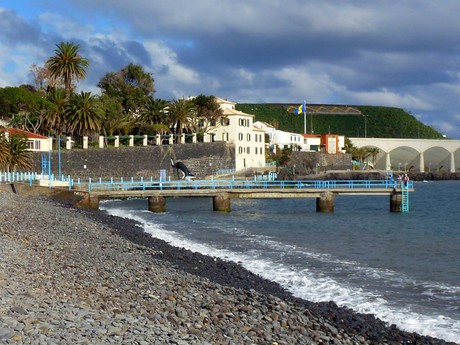 It is close to Santa Cruz international airport from Machico. Everybody who lands on Madeira goes through this airport. The airport and the runway are described in the third part of our series. 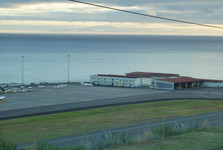 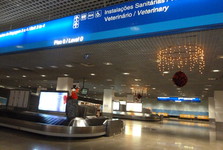 Camacha (700 m) is one of the parishes of Santa Cruz  z farností Santa Cruz. Camacha is renown for hand-made rattan furtniture and other products made of wattle. The largest shop is  at Relógio (clock) building) on the square. Unfortunately, we cannot buy some of the preciselly crafted pieces. 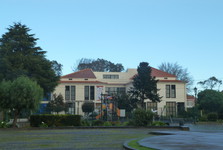 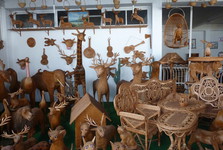 There is one primacy regarding the village. The first football match in Portugal took place here on the square in 1875. A immigrant from Britain is the one to be thanked for. He set up a match between two teams and provided a football he brought from England. The land around is fit for establishing orchards. Cider wine or bear are produced in the area. 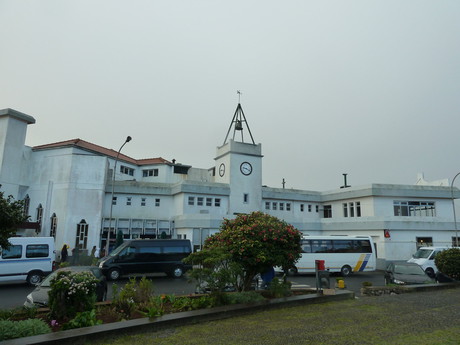 From Machico, the freeway continues to Funchal. There are other sections of the freeway under construction.

There are couple of more interesting places in the east. These are oriented towards the northeastern coastline. We are going to talk about them in the following part. 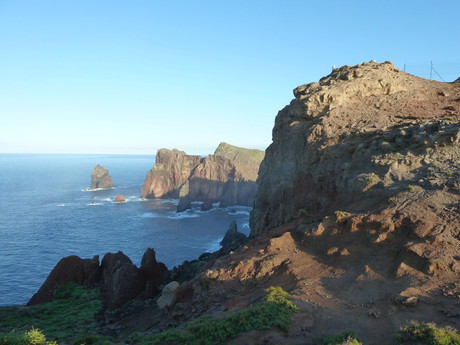