en.infoglobe.cz » Portugal, Porto – (Not Just) the Center of Wine – VIDEO

Porto like many cities in Portugal is located on hilly area. Brace your feet! However, you won't regret going there for there are many beautiful nooks. Moreover, you can take frequent brakes with on splendid viewpoints, or at many of its great cafes and restaurants.

Porto is one of the oldest cities in Europe. Its historical center is on UNESCO's world heritage list. Locals are proud of their home. Let's start with landmarks, though. Igreja dos Clérigos is a baroque church which belongs to the most famous landmarks in the city. Its belfry raises high above other buildings and is visible from great distance. The church sits close to local university and Jardim da Cordoaria, a popular park near São Bento subway stop. You can go down historical streets towards the river from here. 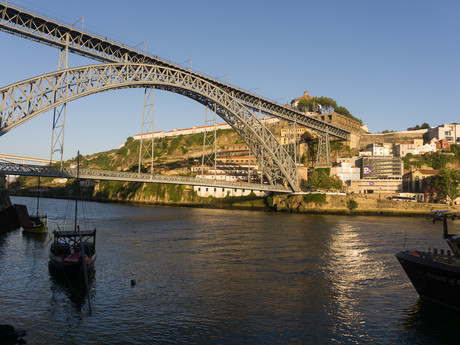 Make sure to visit Sé do Porto cathedral. A view will open up over the Duoro riverbank, the Ponte Luis I. and the opposite river bank where  Mosteiro da Serra do Pilar cloister and Vila Nova de Gaia district are situated. You can either go down the stairs to the riverbank or you can make a stop on the upper part of the bridge first. There are "subwaytram" rails. However, there are paths for pedestrians on both sides of the bridge. If you don't want to go down on foot then return aournd Igreja de Santa Clara church, city walls, and use local cable car. 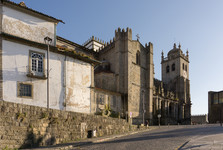 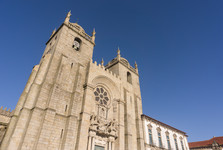 There are many restuarants, wine cellars, typical wooden boats, and historical houses of expressive colors down on the riverbank. And, indeed, there is lot of good wine. Also, you can go to Igreja Monumento de São Francisco church and Bolsa palace.

Well, now the time has come to cross the river – to wine cellars where unique wine is stored. Don't worry, you don't have to go uphill again. The bridge has two floors. The lower floor links the riverbanks. 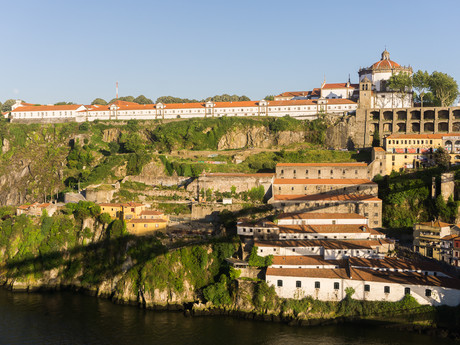 Port wine originates in beautiful wine-growing region around the Douro river (about two hours of ride into the inland). In Porto, the wine is only stored, ripens, and is exported into the world. It is made through the process called fortification. It means that about 70% of wine spirit is added at the moment when the fermentation process must be stoped. Unlike common wines, this has increased level of residual sugar and alcohol as well – usually between 18 to 22%. 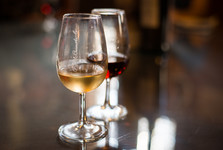 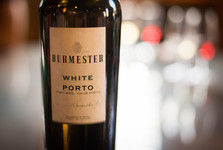 „Majority of the world has the knowledge of only the classic red port wine. Maybe someone has heard of luxurious golden port wine which emerges after long years of fermentation in wooden barrels," our guide explained. "Only few know that we make also white port wine. Therefore, we have invested in its propagation over the last couple of years. For instance, we began to mix it with tonic. The new drink is ideal beverage to refreshe oneself during the summer heat." And its taste is amazing. We recommend you to try it. 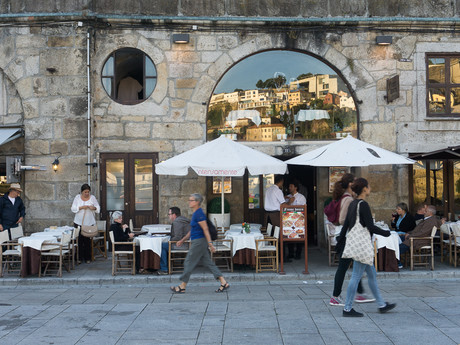 Porto is known not only for wine but great cuisine has emerged recently. We dare to say that it is even better than in Lisbon. However, the prices are still affordable – oscilating between 10 to 15 euros for main course. Great culural life has been also developing. Every evening, there is something interesting going on. 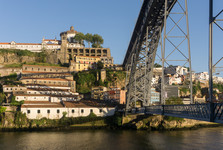 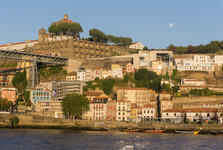 In case you wan to go to a beach, take a historical tram on the right river bank and ride toward Farol de Felgueiras lighthouse. Another option is to take a train to the south full of many great beaches.

Simply put, Porto is almost an ideal holiday resort. It would be also a great place to start trips in Portugal. Porto airport makes it easy to reach the city by cheap direct flights from all over Europe.