The cruise goes on around Skeppsholmen island. Formerly, the island was used by military. Today, there is the Contemporary Art Museum. A jazz festival takes place at there. In 2010, an official dinner for royal family's foreing guests took place there. They were invited to Princess Victoria's wedding.. 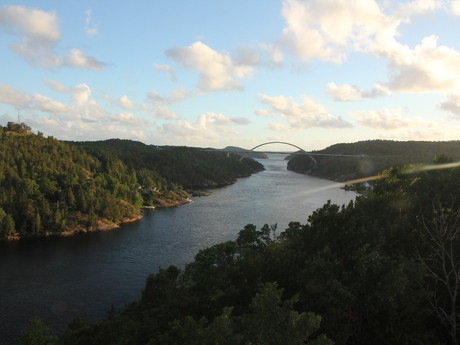 The ship speeds up now. We sail on the Saltsjön River to the opposite riverbank where a port is. Huge ocean liners are docked there. Then we return back and pass by Djurgården island. Then we enyjo the vista over an amusement park filled with many attractions. Then we arrive at the oldest part of the town – Gamla Stan island – and then we head back to the royal palace where our cruise initially started.

The royal palace  is nothing short of fantastic. They say it is the most beautiful royal residence in Europe. First, we see the treasury room with coronation jewels - however, it is not permitted to take picutres of the historic ones as well as the modern ones. 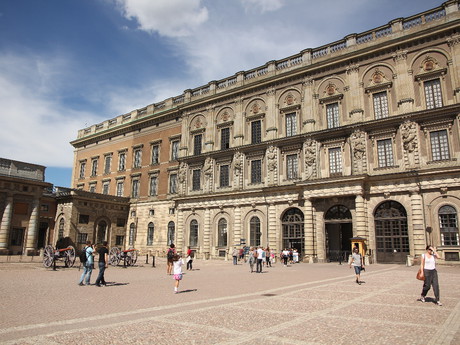 Then we walked through 35 rooms. One more interesting than another. Decorated chandeliers, china, original furniture and much more. Upon a thorough walkthrough we continue on seeing the landmarks.

Finska Kyrkan is situated right next to the royal palace. Formally, it was named Frederic Church. There is Järnpojken (the iron boy) the smallest statue in the city which you can find in Finska Kyrkan's garden. The statue is very popular. Tourists leave coins there in believe that it would give them lucj. People put a scarf and a hat on the boy during the winter months so he would not get cold. 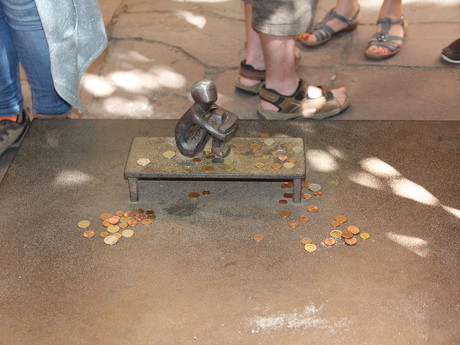 We move back to the palace and walk by Storkyrkan cathedral - St Nicholas cathedral. It is the oldest church in Gamla Stan district and is constructed in the style of Swedish brick Gothic. It play an important role in locals' lifes for every important religious event concering the royal family takes place there. This lutheran church is about seven hundred years old. 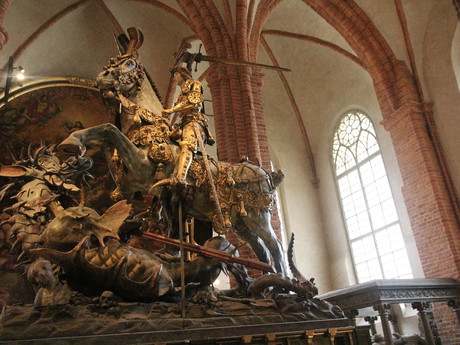 We move to Stortorget square, a home to the Nobel Museum. The Stockholm bloody massacre took place on this sqaure in November 1520. Danish King Christian II executed 82 Swedes who were against Danish annexation of Sweden.

Tyska Kyrkan is another stop. The German church is devoted to St Gertrude

and nearby there is local rarity - the oldest restaurant in the world (at least they say it). Gyldene Freden was gounded in 1722. And it hasn't changed every since. It has even its own record in the Guiness World Records. Take in mind that the restaurant closes at 14.30 and then reopens at 17.00.

Then we walk through the narrowest street in the city – Mårten Trotzigs Gränd. It is only 90 centimeters wide and there are 36 steps.

Now we are heading to the last church of today. Yet its importance is not marginal. The beautiful church of Riddarholmskyrkan is made of brown-red bricks. And you will like it. Almost at Mälaren Lake lie many dead kings so their soul would observe the other bank. 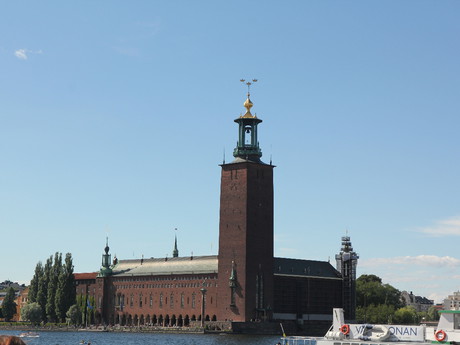 Now the last stop – Stadshuset town hall. The brick building is decorated with three golden crowns - as on Sweden national hockey team's dress. If you think there is enough strenght left in you, try to climb up the tower.

We leave at about 16.00. Again, there is a long night ride ahead. Our next stop is Copenhagen.