The Little Mairmade statue is cretainly the greatest attraction in the city. Edvard Eriksen made it of bronze as asked by Carl Jacobsen, a brewery owner. Ellen Price, a prima ballerina, was his model. He also played the main role in the Hans Christian Andersen´s fairy tale of the same name. According to the historical records, only the face of the statue was made according to the actress. The body is the body of Eriksen´s wife. It has been in the port since 1913 and it was not htat popular back then. Locals and tourists noticed it more when somebody decapitated the statue. It has been never found why it happened. The statue was actually damaged several more times - somebody painted with color, or cut of its hand... However, all damage was eventually repaired. These incidents drew attention of people and now one cannot simply visit Copenhagen without seeing the statue. 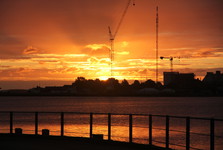 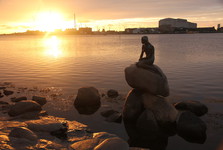 We get to the statue early in the morning so we could make pictures where the mairmade would be alone for couple of hours from now it would be surrounded by tourists..

We have about two hours of spare time before our boat cruise which begins at the famous Nyhavn port. We spend this time relaxing in the park. Nyhavn is an old port. The Danish love to go there the same people in Prague love their Mala Strana. The buildings lining the coastline are copies of the actual ones which were not preserved. There are many old ships docking at the harbor. And they create a beautiful picture in combination with colorful houses around. There are many cafes, wine cellars, restaurants and sweet shops in these houses. So any tourists has a lot to choose from. However, don´t mind prices that much. These are relevant to the unique nature of this beautiful place. 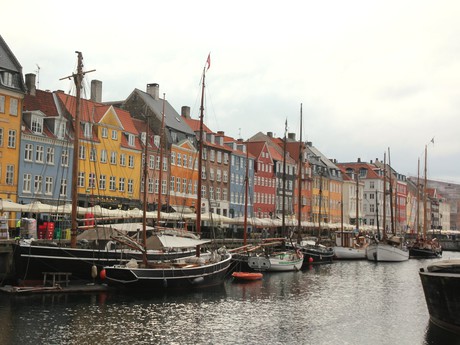 As always, a boat cruise gives great flavor to our trip. We can see the hosues we walked by one more time. Also we take pictures from different angle. The cruise takes about an hour and then we are about to make our final stop at Rosenborg chateau and its treasury room. 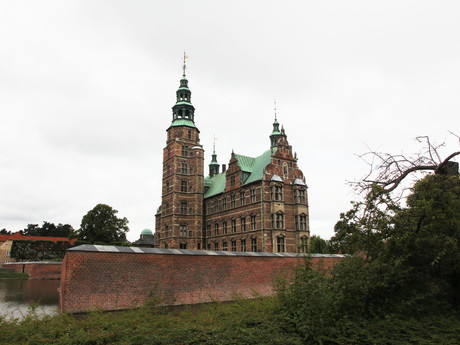 Rosenborg is built in the Dutch Renaissance style which is very typical for Denmark. It was completed in 1606 and its another building built by Christian IV. White

sandstone is added to the building. Despite the chateau is remarkable, the king made his residence in Frederiksborg chateau which made Rosenborg empty and it soon fell into decay. In 1838, it was decided to open it to the public which helped the chateau to rebound. The treasury room is the greatest attraction at the castle and it holds beautiful crowning jewels and many other precious things. Moreover, you can see King Christian IV´s crown. The chateau interior s grandiose - there are beautiful wall paintings, fragile yet charming china, and beautiful furtniture. On the second floor, you can go through 24 rooms dedicated to individual Danish kings.

Before the entrance to the castle, there is a water moat with a draw bridge. In addition to the, there is a French style garden  Kongens Have. The garden is great place to relax and it is situated in the heart of the city. It was built in the early 17th century Later, it was rebuilt in to an English style park. The public can walk there since 1820. You can walk on sidewalks there and also step on the grass - there are no limits to step on the grass. Young and old, schools or kindergartens - everybody goes here and have their nook to relax. Near the chateau, there are royal guard barracks. Every day at noon, you can watch changing guards at the chateau. 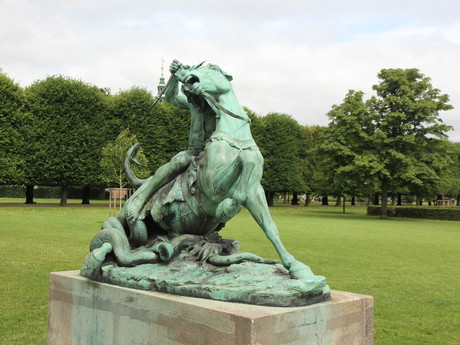 Well, this is it. We have some spare time to buy souvenirs, have a coffe or visit a restaurant. Then we need to board our bus and head back to the  Czech Republic.