This time we visit not a town but a hamlet of about 600 people. We found it charming right away. It is a place of peaceful and tranquil atmosphere. St Bartholomew church is rising to the sky and right next to it is a large stone cross. Be sure to go there. The sacral landmark is not the only landmark there. Apart from that, there is a house which is a prime example of folk architecture and now is part of "modern" residential area. Truly unique combination. 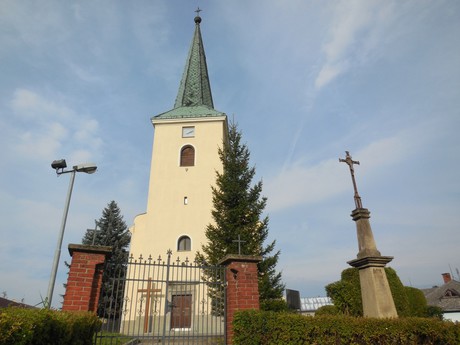 If you choose to take a walk there are several such buildings. Moreover, there is a chapel, Jan Nepomucky statue, or a 14th century stronghold where one of the first Moravian sugar factory operated later. Today, the stronghold hosues a museum focused on the history of the hamlet. In addition, there is a wind mill exhibition or an exhibition on people of Hana region. Keep in mind that the exhibitions are opened only during season. 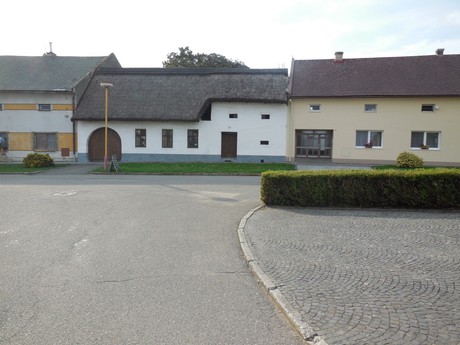 Once we noticed history, the very first written evidence of the hamlet comes from the year 1353. Rymice had many owners. Albrecht of Valdstejn was among its most famous. The Jesuits of Olomouc owned the settlement for a while as well. However,, the mot intereting part of Rymice´s history is still alive as demonstrated on the examples of how people have lived and farmed in this part of Moravia for the last two centuries. 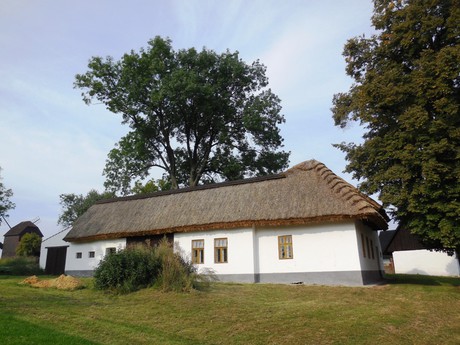 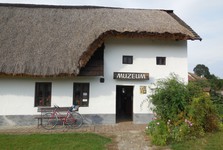 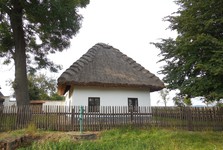 There is quite non-traditional open air museum. It consists of folk houses dotting the entire village. The greatest concentration of these are at open air exhibition of Kromeriz Regional Museum. It is a great oportunity to dive into historic atmosphere and see how people used to live in a village in Hana region. There are seven folk architecture structures and they are situated on their original place of construction. These structures are timbered cabins with clay facade and thatch roofe. Inside, there is traditional equipment. What you can see is a smithery, a horse saggle workshop, or a wind mill. The latter was transpored here from Borenovice, a village nearby. 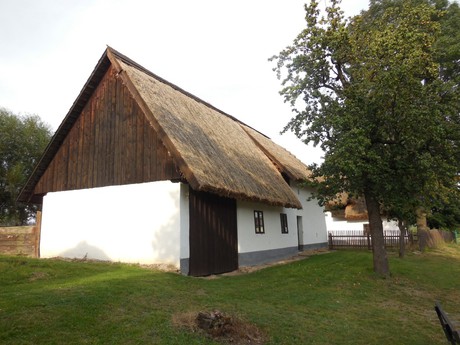 This German-style wind mill has branches which could have been adjusted according to the direction in which wind blows. It is situated on a field. At the mill you can enjoy beautiful views over the surroundings. 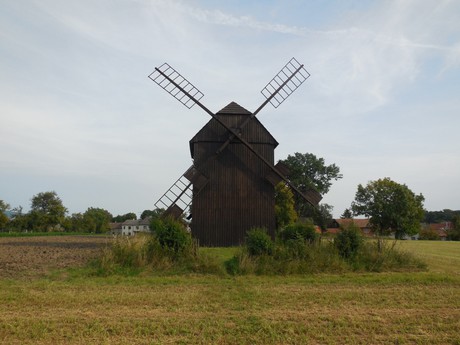 During the time we were there, a new nature trail on beekeeping and bees in Rymice was installed. It added some color to our trek. In case you like folk architecture placed in beautiful landscape, Rymice is the right place to be.