These several structures were constructed in the 1920s. It was quite grandiose accommodation in attractive environment between the river Vah and a public park. Nowadays, the buildings are used to accommodate spa guests. 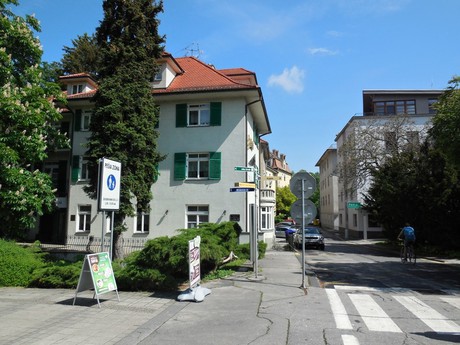 A neo-Gothic spa chapel built in the year 1897 is situated on the edge of the street. Today mostly spa guests visit thechapel. Should you need some quite and tranquil space just go to the chapel for would be an ideal place for you. Right next to it, there is the famous Colonnade bridge. However, we leave it for later. For now we are headed in the opposite direction to the city center. 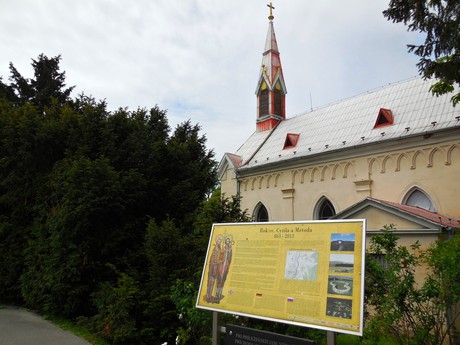 Right on the first square we admire Milenci, a sculptural group made in 1961. It is considered one of the most popular symbols of tourism in this city. Vila Löger is just opposite the statue. Built at the turn of the 20th century it is built in romantic spa architectonic style. Behind the sculpture, there is another vila – Vila Alexander. Transition from Art Noveau to more individualistic moderna is apparent on this building. Many materials were used for its construction. 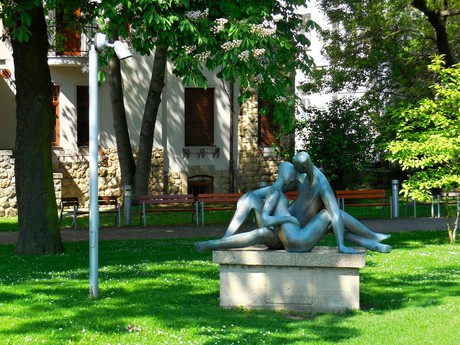 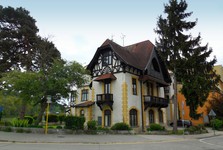 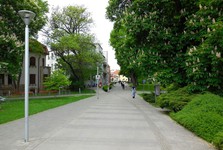 One by one we walk by the sanatorium and Vila Astoria towards the T. G. Masaryk lime tree. It was planted to comemmorate the then president's visit to the town. Moreover, this tree is a symbol of support for him thanks to the support by the government when working out the regulation plan of the spa zone. 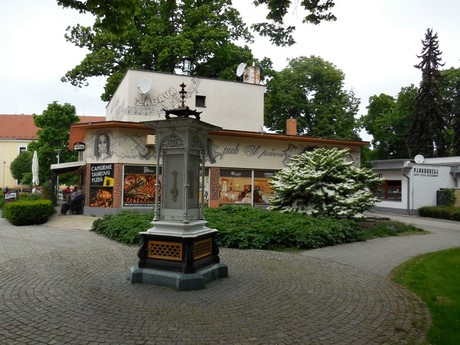 Close to the precious lime tree there is a remarkable object made of cast iron – a meteorologic column built towards the end of the 19th century. Behind the column, there are cafes, stores, restaurants. A stone relief dominates the square. It dpicts a peacock which is a part of the Pribeh Pramenu fountain. The relief includes  tap with drinking water so you can easily refresh yourself. The Foutain tells a story of the healing springs around the Vah river, about the energy and positive influence of these. The fountain is amazing during the day but even more interesting at night when it is colorfuly illuminated, 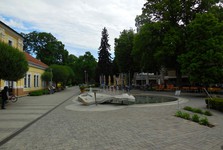 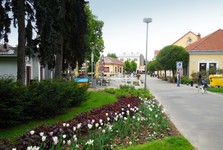 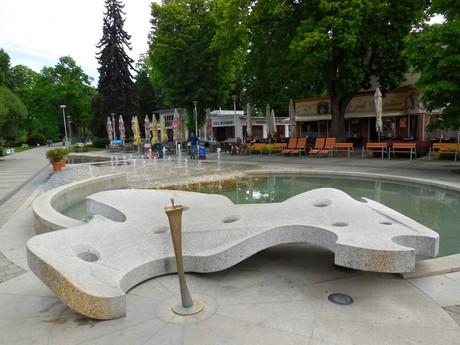 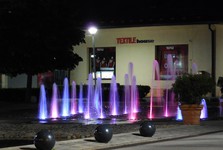 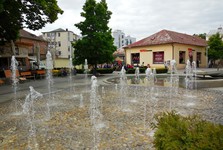 The square is popular plce of rest. There are many banks hidden in tree shades with a fountain nearby. Water nicely refreshens the air. Reliefs related to Zborovska Listina document and the first map on which the town was marked are the first written evidence on the existence of Piestany 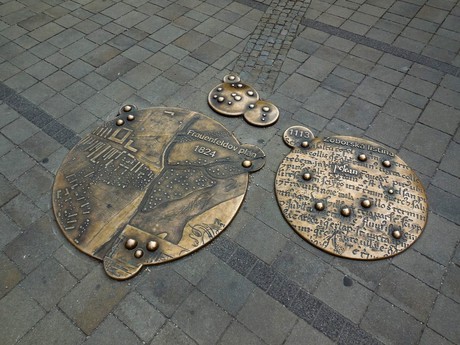 At here, our today's walk end. Next week we will continue right where we left. Meanwhile we are going to visit the bridge of lovers, and the oldest operating building in  town.