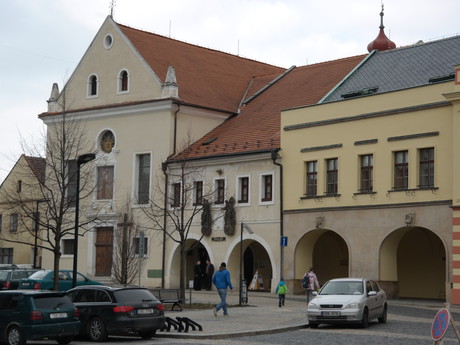 The town hall is the main building on the square. Next to it is the former Capuchine monastery housing a museum today. There you learn about local wine industry and the city itself. It had the title of royal dowry city (Charles IV, 1363). In case of Melnik, the queen was supplied with win. Another important sights are the corner house Zlata Hvezda or U Zlateho Hroznu or the inn of U Zlateho Beranka. The symbols on their facades will be surprising for you. These houses have gothic cellars on three levels. And they are the oldest part of the square. 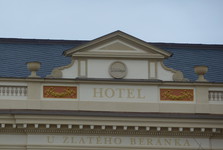 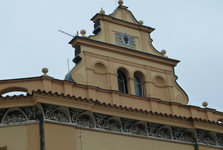 In the center there is the sculptural group called Grape Harvest. Close to it is a glass aperture inside 54 meter deep well. The well was the source of water in the 13th century, the time the city was founded. For 21 years the miners had dug the well. Its width of 4.5 meters makes it the widest in the Czech Republic. A vast network of water pipes built later became another source of water also for a chateau and city’s fountain. 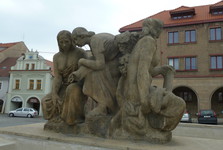 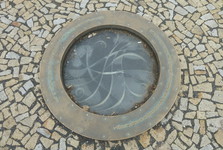 Our guide takes us 37 steps down. 150 meters further we took a look into a circular opening at water the surface of which is at 7 meters. Still it is about 7 meters above the level of the Elbe. We are at 213 meters above sea level. 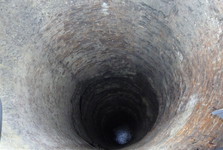 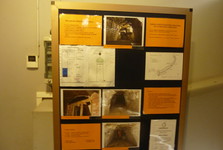 On our way to the chateau we also visit the ossuary at St Peter and Paul church which became a part of the original castle turned chateau. With its belfry it creates the characteristic picture of Melnik today. 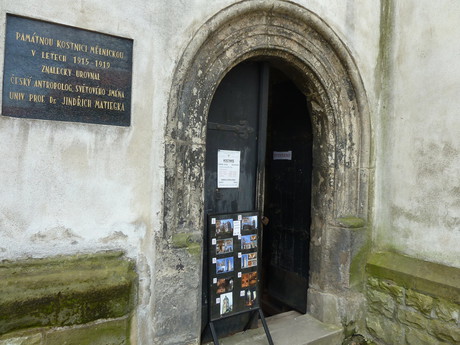 The crypt below the church is a pious place. 10-15 thousand people’s remains were brought there. Introductory speech is in the tone of “Who you are… we were as well … and you will become.” The rector and anthropologist at Charles University MUDr Jindrich Matiegka put lot of effort into organizing bones. The memorial plaque is devoted to his name. 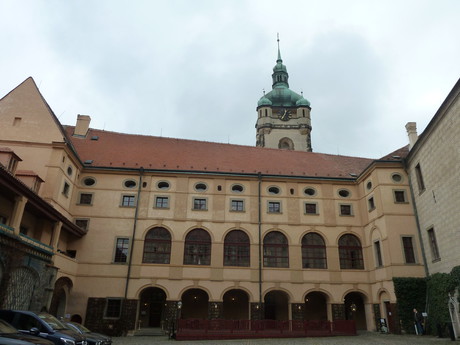 Chateau of Melnik has traces of all possible styles of architecture. For instance, you can notice the remains of a Gothic castle is to be found on the yard. Interesting Renaissance chimneys are there as well. The tower in the Gothic style was renovated due to fire damages. You can view the surroundings of the city from its gallery as well as the meeting point of the Elbe and Vltava. You have to climb 180 steps. Interiors could be seen during a guided tour or if you visit a concert or another social event. The café on the ground floor is great place to have a coffee. The best cakes are, however, at the café on the square. Even its name contains the word “art”. 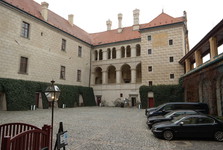 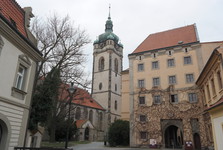 The closest surviving part of former fortification of the city is the Prague Gate. Today it hosts an art gallery in the tower. Up from the tower you also get another angle of the city. 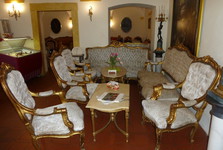 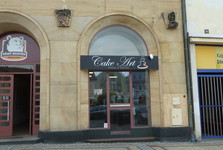 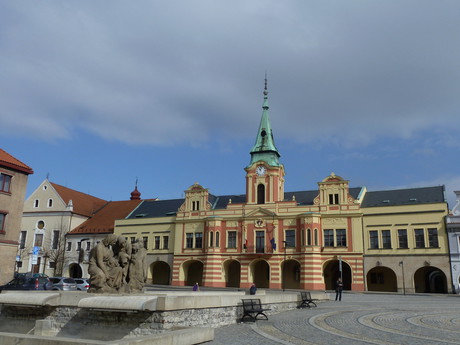