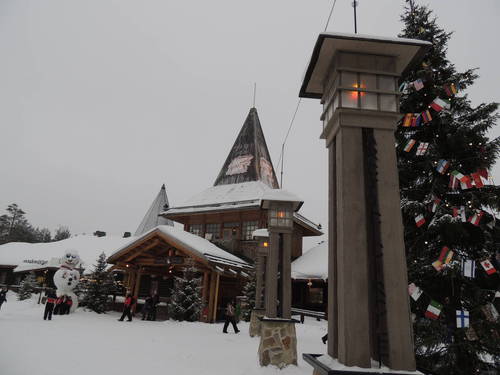 To many Czech tourists and adherents of Baby Jesus the place might be annoying. Such people would probably expect kitsch and the prospect of atrip to Santa’s Village wouldn’t excite them much. However, we were pleasantly surprised in this village situated right on the polar circle. Commercialist nature of the place is evident. Prices are not low, and there are souvenirs shops everywhere. The whole place is very stylish, and worth visiting. You can easily get to the village from the Rovaniemi’s downtown by city bus. The bus travels several times a day. In a few minutes it would get you to the fairytale snowy land. 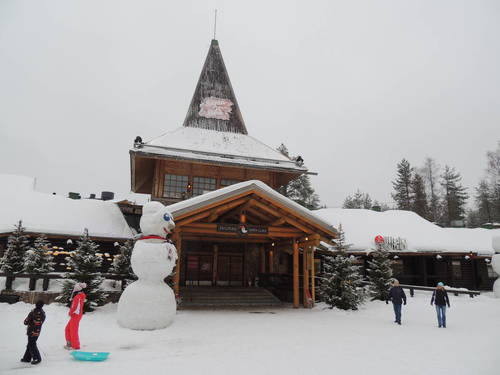 Santa Claus Village is not large. In its hard is a snowy square surrounded by several timbered houses with Christmas decoration and live music. Which makes the atmosphere even better. The largest building is the Santa Claus cottage guarded by two gigantic snowmen . You can even meet the symbol of Christmas here and buy a photo with him. However, the price is really high. Although we havent seen Santa, we peaked inside his house. We have to admit it was really nicely done. The interior has magical atmosphere that really must cherish children spirits. 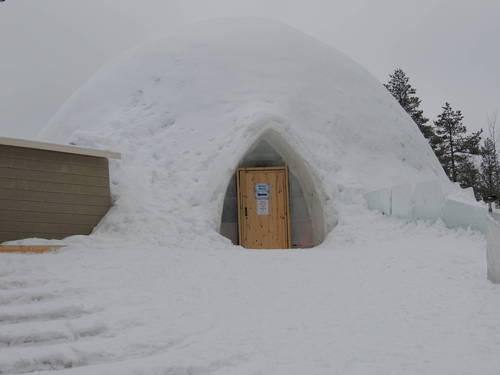 We were interested in other attractions that this place contains. One of them being a visit to Husky Farm. There you can watch those beautiful blue-eyed dogs in their almost natural environment, cuddle little puppies, and listen to interesting talk on the life of dogs and their masters. Also you can ride a dog sledge. It is almost unbelievable how strong these relatively small dogs are. Several meters further you can admire another typical animals of the north – reindeers. You can also ride a sledge dragged by reindeers, and enjoy atmosphere of the place. 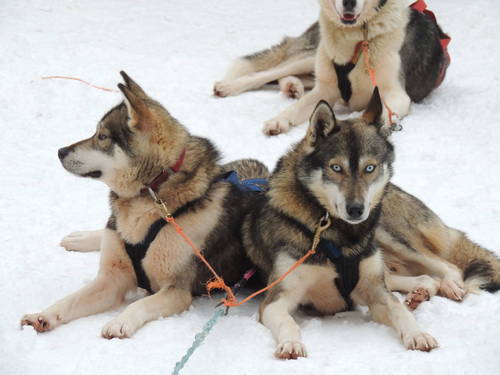 Fans of faster ride can rent a snow scooter and enjoy a ride on snowy planes. Another, yet not the last attraction, is an ice bar in the shape of an igloo. Inside you can admire statues of ice, enjoy drinks in ice cups. There is also a very special hotel adjacent to the bar. Those who are courageous can sleep over in ice igloos. You can watch the aurora, very frequent there. It is also one of the main attractions there. We were, however, unlucky, for we havent seen enchanting dance of colors in the sky. 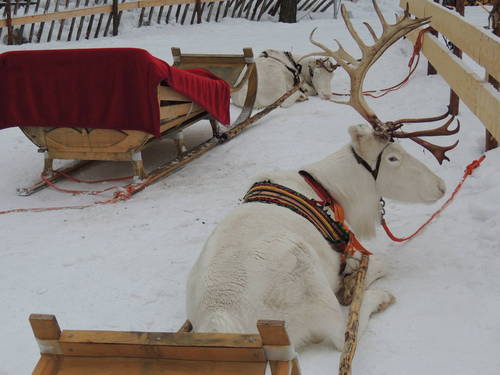 Last but not least, you can send an interesting greeting back home. A card put to a special box will be delivered to the recipient on Christmas with Santa’s stamp on it. The whole group of Elves takes care of this. They will always deliver the cards. The good feeling about this places would be enhanced by a certificate carrying your name and confirming that you passed the polar circle. You can buy it in local info center.