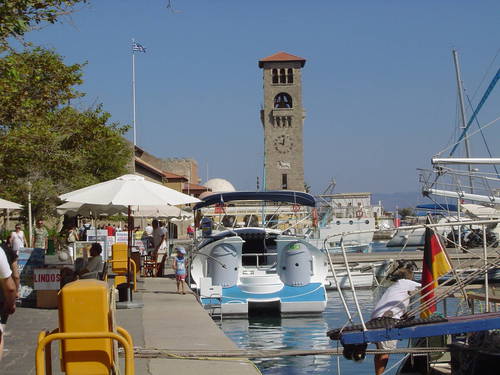 Under the rule of the Turks, were Greeks expelled from the Old City and settled in a new area, which later became the New Town. In this section the majority of office buildings, shopping centres, banks, hotels, restaurants and cafes stand today. Here is also the largest concentration of hotels in Greece. 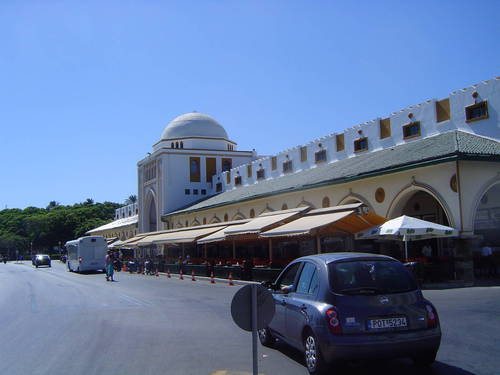 On the street around the ports are seen architecturally interesting and important buildings, such as the Governor's Palace, Murat Reis Mosque and white minaret and behind the Turkish cemetery. In the New Market Hall (Nea Agora) with Moorish domes you will also find shops also taverns with good and acceptable cost local specialties. To this part belongs one of the main - the commercial port and the boat from Piraeus. North of it lies the old port of Mandraki, used since the founding of the city (408 BC), now serves as a marina. Both ports are protected by long piers. On the catwalk we see broken windmills and strength St. Nikolas lighthouse and chapel. On the sides of the entrance to the port stand on stone columns bronze statues of deer. Already in Byzantine times, the deer was brought here to protect the inhabitants from snakes who can´t tolerate his smell. Later deer became the patron of island. Deers in Rhodes are protected, over limit number serve as a present for ZOOs around the world.

The legend says that at this point the Rhodian Colossus used to stand and astride, about 32 meters high, bronze statue of the sun god Helios ships float into a port. Today scientists say that Colossus had to stand on a firmer basis than providing quay. So archaeologists and historians are still looking for marks of one of the seven wonders of the world, that would take them to the most probable location. 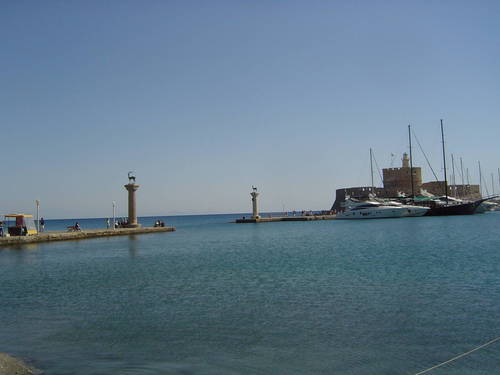 Around the town are wide pebble beach, that line the multilevel hotels. From a tourist point of view, is Rhodos - island hibiscus and roses, the most popular areas of the Mediterranean.