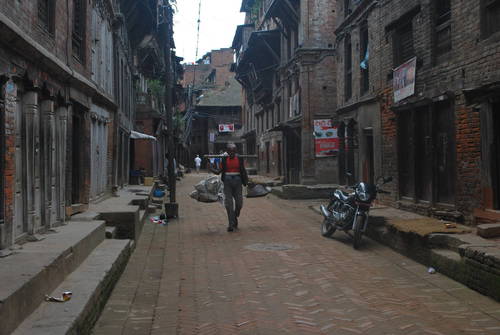 It consists of many squares, on which there is also a large number of palaces, shrines and other historical monuments. Entering the city we faced throughout 1100 rupees! After lunch we did a short tour, during which we shared Bakthapur a lot of other tourists and went to Kathmandu. There we waited one more day walking around town and then heading home. Journey to Prague was challenging. At the airport we Nepalese have undergone numerous treatments searching luggage and ours. We flew back through Delhi, where we spent the whole day this time. While Sue and Milan went through town, I was lying in a hotel room and tried to get from an illness that my second trek began to torment. Early morning or rather late, we had to take a taxi to the airport where we flew to Moscow and Prague. 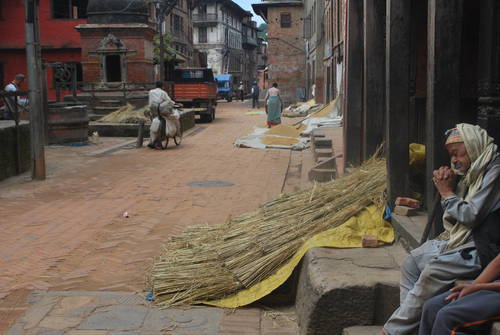 Nepal has left us in a lot of impressions. It's a beautiful country with beautiful mountains that combines great natural wealth and poverty of the people. I think every time I get home feeling that I lack something or I'll worry about that I can´t, I think of wretches, who took over garbage in Kathmandu on the water and on land or on those who sold their goods in centre of the passing cars and buses and breathed their poisonous fumes against them we saved our mouth. 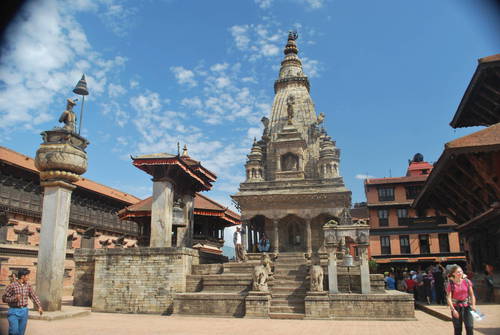 Likewise, but I remember the happy mountaineers in the Himalayas, who lived, although poor, but happy in their huts, and lived from day to day hard work of porters, herders and farmers. And these people want more when they see the rich tourists who pass them around. It is therefore welcome and builds them a new balcony and new and offers an increasingly greater range of services. I do not blame them, but I'm sorry but what with the expansion of tourism in the Nepalese Himalayas expires. It is the local culture and mores that with the influx of people from abroad and local disruption of peace is bound to change. 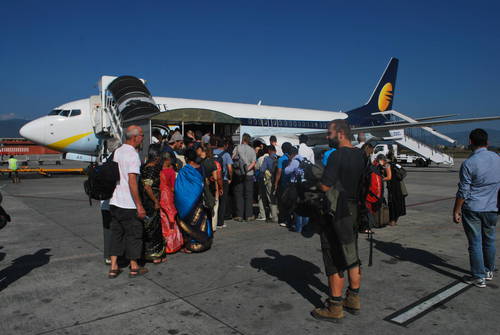 I have to say we were lucky because we decided to trek, which is not frequented by tourists so often such as Annapurna, Everest or Langtang. Even so, the number of visitors is rapidly increasing. Last year there were 2,000 tourists, while the year before there was only one thousand. We can expect that in a few years, this number multiplied by the arrival yet. Maybe even closer to 88 thousand people visited last year trek around Annapurna. Even so, I believe that Nepal visit is definitely worth it and I think that there can also be found places where natural or cultural landscape hand yet does not interfere with the tourist market. And so I hope to have sometime in the near future to Nepal again and look at these places I can personally identify. 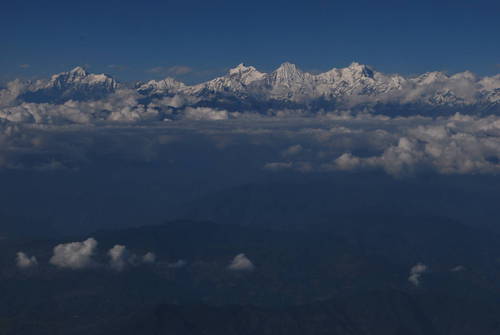