Inside the tent, there are about three signs warning me from using open fire inside. But I think that in this weather it is impossible for the tent to burn down. So I set up my cooker to heat up my favorite baked beans – in tomato sauce. 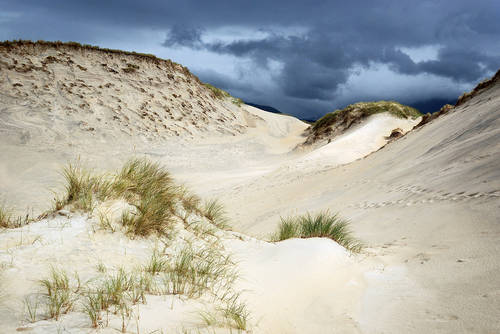 Now I have to pack my tent. I am pretty grateful that no one sees me doing it. Due to the fact that the wind stopped blowing, millions of hungry midges emerged out of nowhere. They like to get particularly to your eyes, nose and ears. It is absolutely unthinkable to stay still. Due to this I ran back and forth on an adjacent hill. I am getting rid of water on the canopy, pack bars and I try to put everything to the package. I immediately run from the place hoping someone will give me lift. 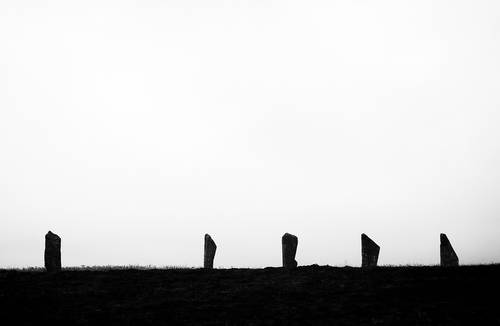 When I called the Orkneys weird in my message addressed home, I do not know how to call Harris. The landscape is repealing. On the other hand, it is just beautiful. Right from the sea surface emerge high hills covered with grey rocks. Occassionally, there is a bush between them. I wonder what sheep there eat. Along the road (somewhere on it) there are quite large numbers of them, however, there is almost no grass. 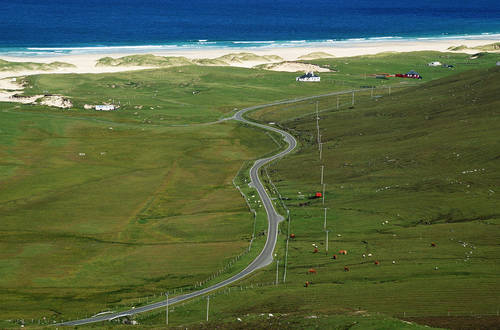 In a stylish old van I ride the hilly part of Harris down to the sea shore. Right in front of us there is a view of a large sand lagoon. It reflects sun rays. IF the weather was better, Harris would be one of the best destination in Europe. White sand, clear sea make a contrast to surrounding unwelcoming landscape. No wonder that artists try to find inspiration there. 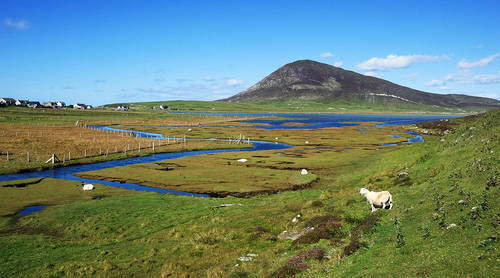