en.infoglobe.cz » Do You Know That? USA: New York I. – Muzeums The BEST

In previous ports of our New York saga, we have mentioned more or less about cultural richness of NYC, we mentioned some of the main theatres scene, an ex

hibition of the Air Force on an aircraft carrier or the specifics of the individual neighborhoods of this great city. Today, however, we will focus on the district, lying between the 82nd and 104 Street, respectively 59th street from the south and 96th street from the north, across from Central Park in Manhattan. Earlier region millionaire residences, opulent suites, which already does not lie so much bustle fifth Avenue, in recent decades has changed in the centre of the wealth of another kind. Being a real estate broker in the East Side has a dream about every merchant in the field, since there regularly dropping record amounts of money for the sale of apartments and whole houses, as was the case at all about selling the most expensive house in U.S. history, the amount climbed to an astounding 75 million USD! Happy owners of similar properties are primarily personal world of film, directors such as Woody Allen or Martin Scorsese, but also a number of bankers, lawyers and all those whose name serves as an established brand. Our goal is to visit her most famous museums, than standing on the corners and hope that you catch some "famous" autograph. 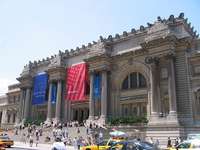 ing to 2 million works of art from all periods of human existence, from the time of stone. Even it is the largest museum in the Western Hemisphere. Today's building on the eastern edge of Central Park occupied since 1880, while the original building could no longer pseudo onslaught exhibits enough, and it was necessary to move a museum into newer buildings in its vicinity. There is a complex of several buildings to accommodate the collection which now mainly dominated by the ancient example of ancient art, Roman and Byzantine culture. Exposure does not stay behind the times of ancient China. In European part is dominated a works of artists such as Monet, Cezanne, Vermeer or a famous Baroque author Giambattista Tiepolo. This much is also represented Egypt and mummies with their unique set Dendur church buildings of 1 century BC., which was a gift of the Egyptian government. And we could continue indefinitely, because the two million is two million. 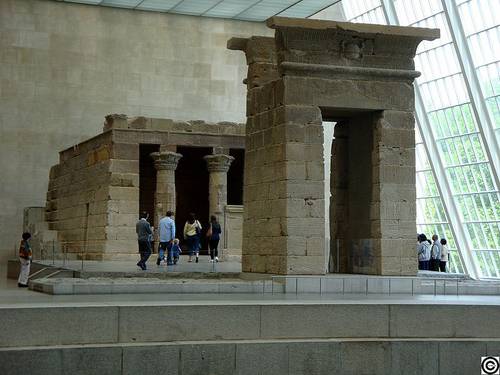 is medium, which are dominated by the work of renowned American photographer Alfred Stieglitz, one of the pioneers of the urban photographs, which charted the burgeoning New York City at the turn of the 19th and 20 century, and his work greatly influenced the visual arts in the U.S. for generations ahead. However, this list does not end photographic artists. We find all the work, w

hose name in this field means something such as Gustave Le Gray, Baldus, Nadar, Diane Arbus, Thomas Ruff and Yousuf Karsh. Metropolitan Museum also organizes regular exhibitions, dedicated to each season, and authors from all areas of artistic creation. The survey shows here on the site museum collections and consolidated list of examples of individual representatives are available here.

Next stop will be the Guggenheim Museum, but it is continued next week.