The planned route which peaks with making to the top of Mt. Victoria is doable in three days. Don't mind travel agencies trying to tell you out of it. You need one day for a ride from Bagan to Kampalet, one another day to climb up the mountain and the third day for a ride back. However, you can't go for a trek to Mt Victoria without buying it at a travel agency. 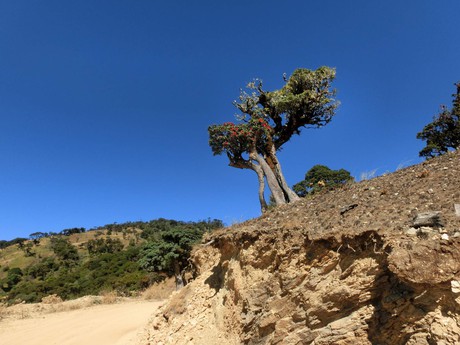 We are headed towards Chin State. Our green jeep bumps on dirt road. Its wheels with tractor pattern fight potholes showing up all of a sudden from dust clouds. Usan, our driver, is experienced. He drives carefully and safely as much as possible. Two hours later we stop at a hut.Its dwellers gift us buffalo meat with rice and nuts. 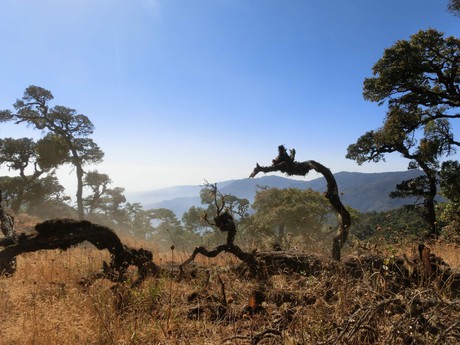 We meet "road builders" while on our way. They don't wear orange vests nor some protection equipment or even contemporary working tools. They slim and build roads with their bear hands. Women and children break down huge stones with hammer and carry them then in bamboo baskets on the dirt road. Half of the road is covered with stones and the other is separated by a thin lotos thread. It operates as a provisionary part for the traffic. Men thread heavy barrels on a backrest to stone baes. This is the life of mountain dwellers of Chin State, a state where new infrastructure is being built and the state is getting ready for a boom of the tourist industry. 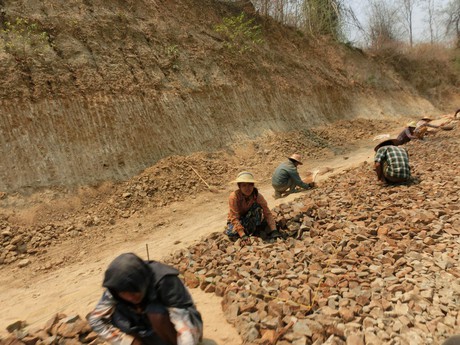 We reached the main camp in Kampelet after an eight hour of ride from Bagan. We found accomodation at a hut. The price we bargained to 70 dollars for four persons a night. The huts are situated in a pine forest which smells after pine trees. Once it gets dark electricity is turned off as well as water. However, pancakes and home-made jam for breakfast made up for it. Let's go to Mt. Victoria! 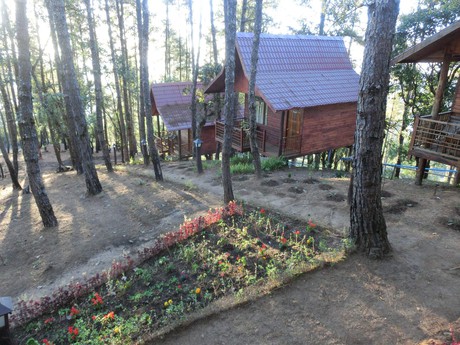 In the morning, we buy an access to Nat Ma Taung national park (4500 kyats per person, ca. 90 Czech Koruna). It is obligatory to hire a guide. We spotted a nameless village two kilometers on the road. Mountain dwellers observe us with fear in their eyes. The elder approaches us and invites us for rice wine – as a welcoming gesture. It is the perfect time to give away our colored pencils with Little Moal as a motiff. We have kept it entire journey for some special ocassion.

Children are covered by dust and louses dwell within their hair. They smile, play with us and one Czech game is fun even for grown-ups. Eventually, even the last door open and women with tatooed faces approach us. This is one of the grimm consequences of hars military junta. Soldiers raped women. Therefore girls voluntarily made their faces ugly to not to be attractive for soldiers 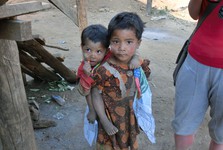 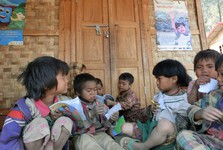 We go up in the jeep for about 30 minutes in a very slow pace. Then our driver parks the car and we set off on foot to the top of Mt. Victoria. It is really important to set off early in the morning for there often is fog. You can't get lost while going to the peak of the montain. There is only one path leading up. Moreover, it is lined by red rhodies floewrs. our guide didn't listen to our claims that we can manage the walk up by ourselves. He joined us for about 1 kilometer. Then he said his goodbyes and e waited at the car. Thirty minutes later we hear the noise of his bike. His consciousnes didn't let him to leave us on our own. 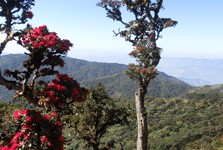 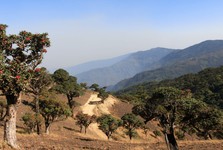 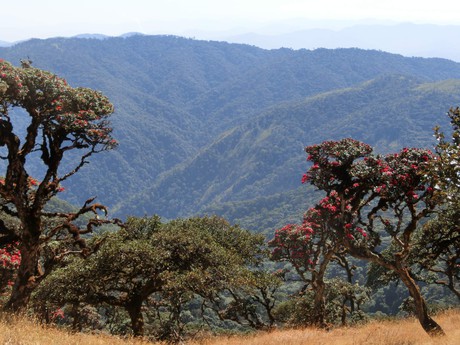 The statue of Buddha emerges from behind hills after two hours of walk. It sits at 3053 meters above sea level. It is a bright day and we see mountains in India and also we see lands of Bangladesh. It is quite windy up there. Therefore, it is good to pack some more clothes into your backpack. It is nice to sit down at a Chinese flag and let your thoughts flow. 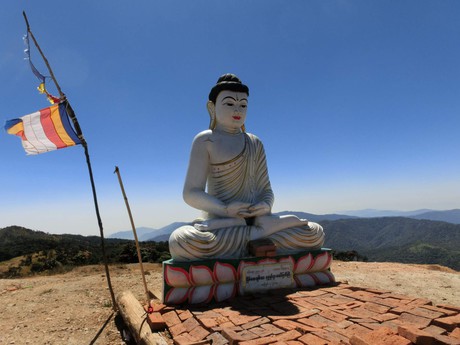 Next week we take you to Lake Inle.