Pragl against a hole below Špilberk

Wherever you are in the Czech Republic, you safely distinguish the person from Prague and those who takes Brno for their home. The border between Bohemia and Moravia could be put (on the same highway) at the town of Velké Meziříčí, despite the fact that the people from that town belong to Moravia and visit Prague on business only.

I was born in Prague. I love Prague, so, I follow mutual rivalry among both towns which is coming to capital along the worst D1 highway. Brno is living in another way and this fact is presented for Prague in rather strong way. Brno has its „hantec“, looking after it carefully, and always pays attention, if somebody would bring there a lot of Prague  expression „viď!“ („look“). The disputes (tussles), which metropolis would be the first, the Bohemian „Pragl“ - a mother of all towns or those Moravian „A Hole below Špilberk“, terminates mostly at world bantering. Apart of this, some struggle among both sides could happen, during football match or somewhere in a pub. 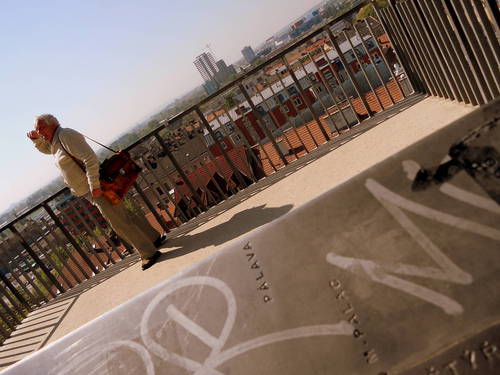 On the other hand, the citizens of Brno behave in rather closer way, in accordance with my personal experience. Prague people, arriving to Brno, are mostly to „humorous world attacks“ prepared. Nevertheless, they take with, except some preparation, some prejudices. So, „hantec“, typical Brno dialect, could be characterized as Germanized Czech language, but such expression could be rather confused. The tram is named as „šalina“ whereas the money is named as „love“. And the words which are rather strange for Prague people, exist much more. 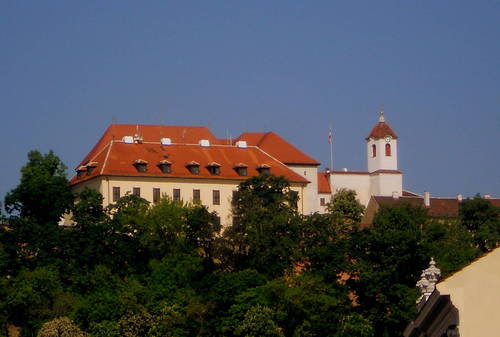 Špilberk Citadel and other Monuments

Anyway, who is not stubborn patriot, and would not be torn off by generally valid prejudices, would, most probably, love Brno. It is a town full of history and wisdom. It is a locality with many beautiful places, where the inspiration for human creation in whatever area could be found.

Špilberk Castle is a town´s dominanta and proud of all local patriots. The building is erecting above the city as a memory of Premysl Ottokar II, its founder. On the opposite side, you can admire St. Peter and Paul Cathedral, situated on Petrov Hill. Both these monuments are taken for the main town´s symbol, and both are very often pictured, in connection with Brno. 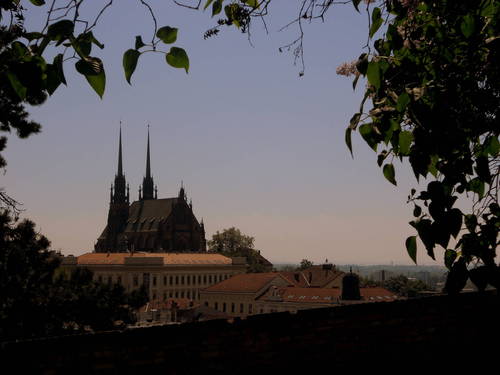 Similarly as Špilberk fortification, is Veveří Castle, situated close to Brno-dam. However, making comparison to Špilberk, this building is in worse „condition“. During Communism time period, it was in ruins, so, this complex could be open to public since 2000. So called Brno-catacombs are worth to be mentioned, too. They are hidden below great part of the city. The ossuary, situated close to St. Peter and Paul Cathedral, is, after Paris, the second biggest of the Europe. On the other hand, Brno could be proud also on several castles. Those one, of Neo-classical style, situated in Líšeň-quarter, belongs to most important, followed by Chrlice, Řečkovice, Medlánky castles, or similar building placed in Brněnské Ivanovice.

Who would like to spend his leasure time in Brno and would desire to do an excursion into nature, he could be „situated on ideal coordinates“. Brno is, at its north-east part, an entry gate into Moravian Karst, and from its south border, is joining famous vineyards, including its irresistible wine-cellars. The countryside, surrounding Brno, is ideal for tourists and bikers. 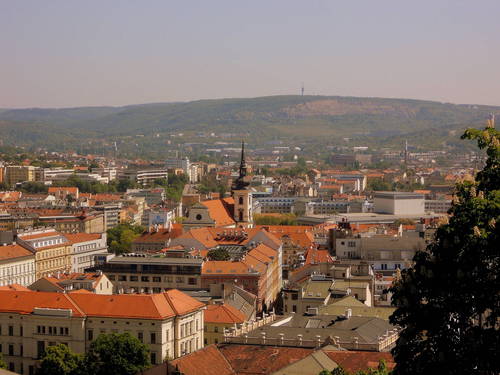 Brno is total metropolis. Maybe, only the tube (underground) is missing there. All parts of the city are connected with 13 tram lines, the same number of trolley-bus lines, not speaking about numerous bus lines. Nevertheless, tram connection belongs to means of transport of number one. The planes land at Tuřany Airport.

Published: 27.9.2007
Brno is the second biggest town of Czech Republic. As an administrative centre of South Moravian Region, it is situated on confluence of Svratka and Svitava rivers. You find in Brno many forests. The town is an important centre of education and many historical monuments. First written notice is dated to 10th June 1091 in Kosma Chronicle.