Winter gets under my skin. After a few hours in warm train, it is not a pleasant start of the trip. Fall shows its supremacy and to make matters worse it brings icy wind. So being even completely wrapped in a hood is not enough. From the station to the city center is quite a distance, and so I come to the square already very cold. Fortunately, I am saved by beef broth in one of the local pubs, so then I rush into the exploration of the city. 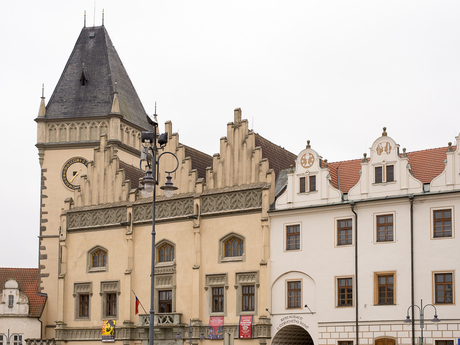 The Hussites founded the city in 1420 and named it according to the sacred mountain Thabor by Nazareth in the Holy Land. Upon arrival to the historic center is immediately clear that the city was built as a fortress. Indeed stands on a hill and from all sides well protected. During the Hussite wars everyone failed to conquer it. The Taborites, as they called themselves, lost their Tabor as late as 1452. Today, it is the second largest city in the region of South Bohemia . It makes a natural agglomeration with Sezimovo Usti and Plana nad Luznici. 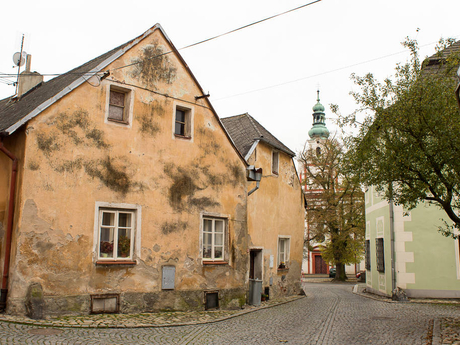 Throughout the city I meet very few people, which together with the chilly weather further enhances the medieval atmosphere. Most buildings in the historic center were built in the late Gothic style, which also applies to the beautiful town hall and the Church of the Transfiguration. Cobblestone streets, some of which are so narrow that they barely fit two people next to each other, thus forming a little labyrinth. Sometimes I go somewhere else than I originally intended, but I think I should go. Originally I had planned to take photos here of some local residents to file my street portrait album, but the problem is that there is actually almost no one left to shoot. Everyone is hiding before autumn in the warmth of home. 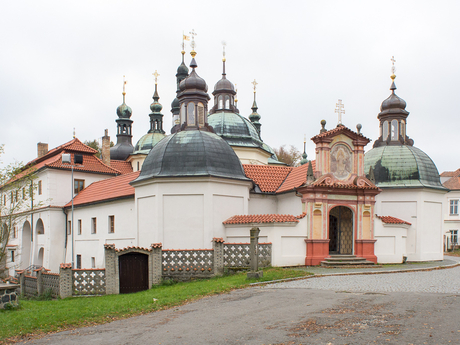 I slowly reach the Bechynska Gate, next to wchich stands the circular tower of Kotnov - the only remnant of the once almost impregnable local castle. Since it is getting a little warmer and icy wind no longer blows, I cannot resist the temptation posed by beautifully colored large park which surrounds the city from here to the Jordan Reservoir . Descends down to the Kosinsky stream, and then set off again up the hill to the pilgrimage church of Klokoty , a beautiful baroque building that can proudly rank among other important buildings of this period. 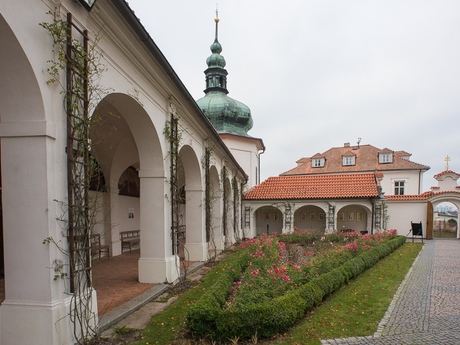 Directly inside the church, unfortunately, it is forbbiden to take pictures and I'm sticking to the ban. But I definitely encourage you to visit the place to go look, it's worth it. In the cloisters and chapels that surround the church luckily allowed to take pictures, so you can do on the site at least some idea. To talk with me for a moment stopped local grandmother and complains that children within the church and cemetery are cycling. I do not blame her, also I find it strange. 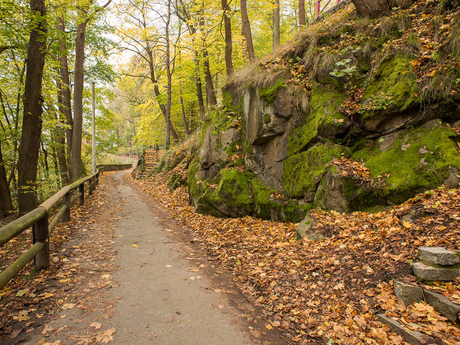 In Tabor, you can also find the oldest artificial reservoir in central Europe - Jordan. It was created in 1492 by damming the creek Kosin to supply the city with drinking water. Later, people tried to use it as well as fish farming, due to difficulties in discharging the plan was abandoned, and today Jordan is used mainly to sport fishing and recreation. Just below the dam forms the Tismenicky stream that flows from the Jordan, about 18 meters high waterfall.

I slowly return back to the city center. I would like to stop for a dinner at a restaurant that opened in the former shooting range and offering a beautiful view right on Jordan. Unfortunately there are not a closed society, and so I quit again at soup in another of the pubs in the square. 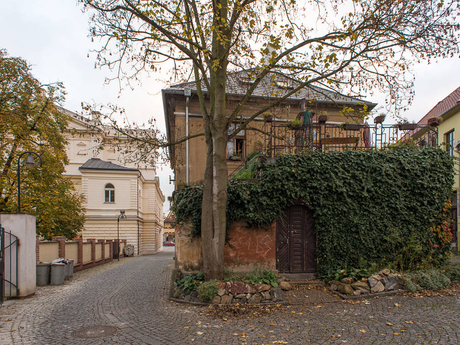 The time change and autumn done their job, and so after I come out of the restaurant, it's already almost dark outside. I take pictures because the last few photos and I'm going back to the station.

And what else one can visit in Tabor? The greatest attraction is, of course, the Hussite Museum , which you will find in the Old Town Hall on the square. Waiting for you ten halls with an exhibition, a magnificent Gothic hall with perfect vaulting and the ability to pass a portion of underground corridors and tunnels. Another big attraction, not only for children, the Museum of Chocolate and Marzipan . Just three houses on an area of around 1,000 m² will also learn all about the history and production of chocolate, marzipan production and its use, and you can see the old ads and sweet wrappers.

In addition, Tabor offers the Lego Museum, a perfect exhibition of historical images in the Museum of Photography Sechtl & Vosecek, the Museum of Puppetry Arts, or perhaps Haunted Underground. 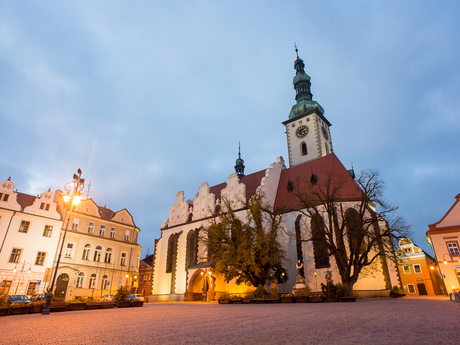 The way back is a bit more challenging - near the camp, one of the trains went through a flock of sheep, so they take the bus and everyone is confused. Luckily I was doing last minute to catch a train home in Prague. I arrive home right on schedule.

Published: 7.3.2008
Along Lužnice river, in South Bohemian Region, there is situated the town of Tábor. It is the second greatest town of this region. Tábor is an important tourist centre, its historical nucleus is declared as a monumental zone. Tábor is divided into 15 quarters, 36 000 inhabitants are living here. The town is important especially thanks to Hussite Movement and is known as railway junction also.