Antwerp could easily be called a city of adjectives, because they have several. One of them is Jerusalem of the West. This name the city got because of the Jews who have been large community of the city since the 16th century. They say that Belgium is the most tolerant country in Europe. Antwerp is no expcetion. Another name for the city attribute is Rubens city . In this case, the Antwerp it come after the name of a significant Flemish painter Peter Paul Rubens , who lived and worked. The evidence are famous paintings "Building Cross" and "Descent from the Cross", which was painted for the local St. Mary's Cathedral . Interesting is that Rubens was also active in politics. He contributed to signing of a peace treaty between England and Spain. He had talented students too. Perhaps the most famous was Anthonis van Dyck , who later founded aristocratic portrait style. 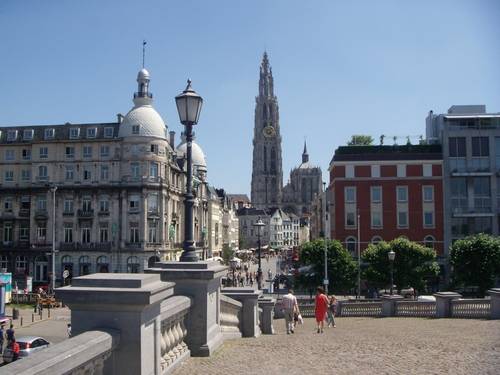 In Antwerp you can visit the Rubens House, which is recommended as mandatory stop for local or foreign tourists. The third and certainly not the last attribute is a city of diamonds, or rather Diamond City . The reason for this attribute was trade with this valuable mineral that dates back to the 15th century. In Antwerp there are four diamond exchanges, great number of jewelry stores and headquarters here has also institutions, or rather the foundation Diamond High Council (Hoge Raad voor Diamant), which verifies professional quality and value "the crystal clear pebbles". Of course there is also the Diamond Museum , or Diamond Land center, where visitors can learn all about this rare mineral. 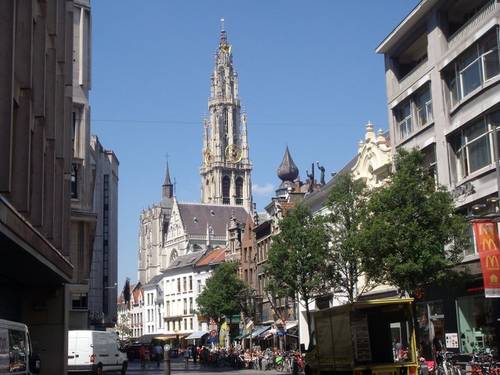 Have less known about Antwerp is that there are city of fashion and design , thanks to the Royal Academy of Fine Arts, which houses the . Well, of course not forgetting both fascinating and charming architecture. A real gem and monumentality of the already mentioned Gothic Cathedral of Our Lady on the river Scheldt ( Schelde ) . The position of this magnificent building took a whopping 269 years. Dimensions cathedral reaching 117 m length and 65 m width and the highest of the five tower rises to a height of 123 meters . The cathedral has 7 ships and 14 chapels . The historic center continues the main market square ( Grote Markt ) , dominated by the Renaissance town hall and guild houses 16th and 17 century . Interesting are also sculptures , such as the statue of a hero Brad Silvia the symbol of Antwerp, Rubens statue or larger than life . Antwerp also have Castle . Its name translates as Steen stone. This landmark of the 9th century, was once the historic core of the city. Today is another popular tourist attractions. 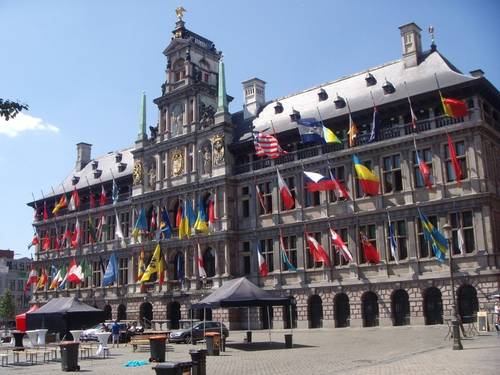 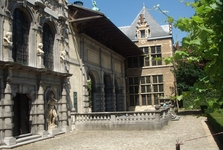 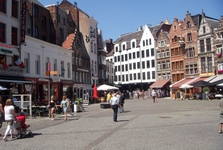 What would a ship without a port city museum? This, of course, there is also here and is now in the interior strength, presenting rich seafaring history city. 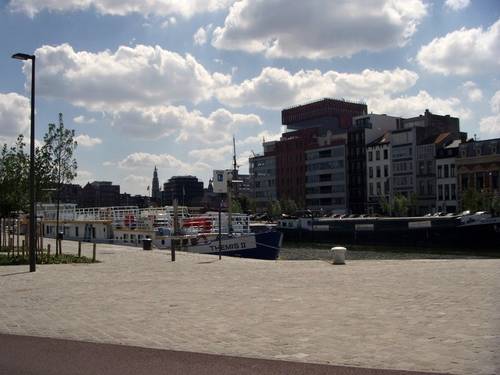 The city is also have the chance to visit one of oldest zoo in the world , which is based unconventional directly at the entrance to the main station in the city center and nature trail walks you through the world of animals, which are home to about 4,000. City of Antwerp fell to the attention of the world thanks to Olympic Games in 1920. The sadder part of its history took place again during the Second World War, when it had to face frequent attacks of German V-2 rocket, which although it greatly destroyed, but the ports still served as a strategic point for the Allies. Fortunately, this period is long gone and the city can enjoy a boom and glory that he certainly belongs. 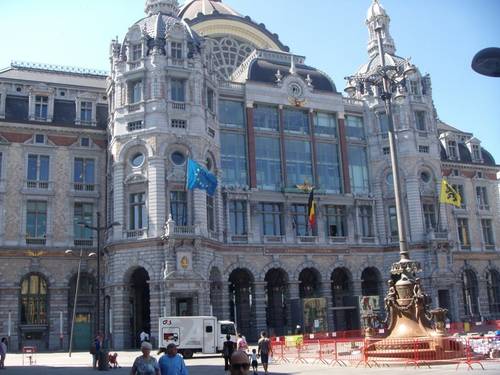 Antwerp is simply the city of places. It combines history, architecture, and personalities with multicultural population. Everyone has opportunity to find what he likes, what interests him and what he does...