In the forests of Kostelec there was founded a castle in the 13th century. It was operating for less than two centuries. After the army of Jiri z Podebrad seized it, its dark times had begun and it was never renewed since. Locals started calling it Zboreny Kostelec (Demolished Kostelec). Since then it has been known as such. 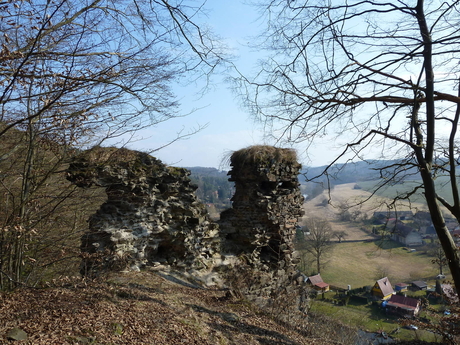 The shortest access route goes there by the road No. 107 from Cakovice heading to Tynec nad Sazavou. You can park your car at a small parking lot behind the bus stop in the turn. From there, the stone building is visible. You have to walk across the Kamenicky Creek, then 300 meters on the green tourist trail until you reach the ruins of a bridge. A forest path goes through stone creek. It is of mid-difficulty. 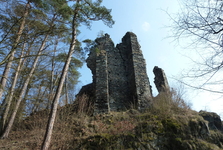 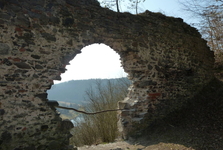 The core of the castle used to be protected by a concrete moat and another construction that was protected by a stone wall. What made the castle a real stronghold were three entrance gates. Each of them was directed in another direction so the defenders had great view of the surroundings. Today, you can see part of a moat and of one of the gates as well as the remains ofstone buildings and a round watchtower. 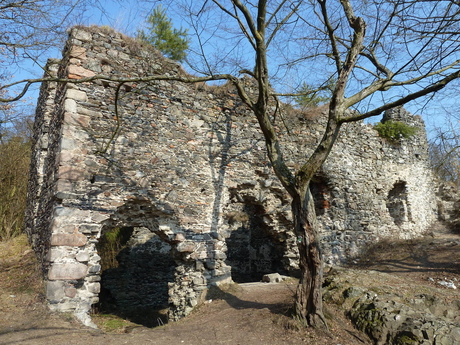 At the crossroads below the castle there runs a red tourist trail that will take you along the Sazava and some cottage settlements and meadows there to the town of Nespeky (about 6 km). It goes further and along the river runs through several other towns. About half of the 6 km trail has an asphalt surface. In the other half it is a strengthened road and only a short part of it is filled with gravel. This road is open for bikers, hikers and even cars (about two cars passed by while we were there). However, mostly you will encounter bikers there. 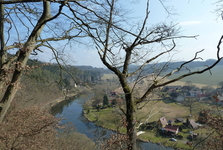 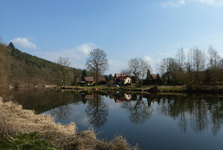 Nespeky might be considered as a little farther starting point. You can park here by Old Inn, for instance. There, by the way, they offer great home meals 7 days a week. From there you can continue to a mild hill. After about 100 meters you turn left and get to the aforementioned bike trail to Zboreny Kostelec. 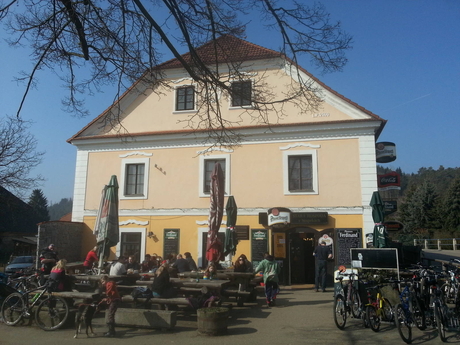