Let's start from the beginning nicely. Bratislava, the capital of Slovakia, is known for two castles, historic centre, or a nice modern embankment of the Danube, but scientists and tourists know as well as its natural beauty. One of them is a national nature reserve Devín Kobyla, which is located on an area of ​​101,12 hectares. This area is of paramount importance in terms of botany, zoology, geology, and last but not least, paleontology. In her arms live protected and endangered species. Before you say anything about them, it's good to know how to get to this location.

National Park is accessible from several sides, so there are two most commonly used tourist route, the path from Nová Ves, on the green, blue or yellow trail, well marked trail or from the opposite side of the Devín castle to "village" Děvín. The highest point of Nová Kobyla (mare) is the same named Carpathian hill, which is the highest not only in the reservation, but even the highest point is Bratislava. The peak is not directly accessible, but it leads to the red marked trail, which leads to the former barracks building, located near the top. Interestingly, the Barracks served as a Radio watchtower for state air defense until 1996. 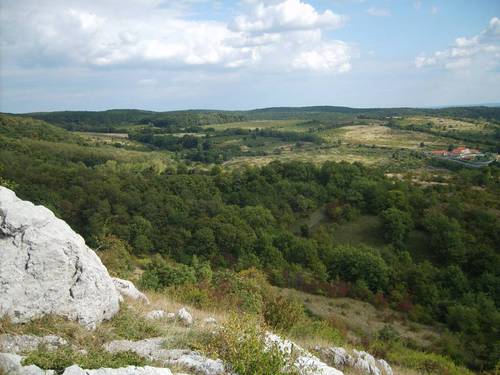 A touch of history

Thanks to the favourable geographical location and climatic conditions were stable Děvín mare already inhabited 5000 years BC. Amber ran across her path, the Celts settled there the Romans, and that those appointed last we owe the establishment of vineyards, which have remained to this day. Reservation was part of the Great Moravian Empire, "experienced" the emergence of Hungary, the Turkish invasions, the German colonization, even the Napoleonic wars. And that's just a tiny bit of history that is here on its slopes has taken place and still takes place.

history of this area is even older than mankind itself. This is evidenced by more than 14 to 16 million year old fossil, and over 350 species of marine and terrestrial animals. They are found in Devín Kobyla, namely the locality Sandberg. Once that site washed warm sea, and it caused a huge diversity of organisms. Imagine that in the sea algae, sea urchins, stingrays swam here and sharks, while the country went monkeys and rhinos. Such a prehistoric world is found right here! Today the site is due to Sandberg discoveries of the world's fossil treasure finds.

On the territory of Nová Kobyla lives several thousand species. Thanks for warm and dry climate thrive here snails, insects, vertebrates as well - such as lizard and snake, deer, or

different kinds of birds. The vegetation, there are Pulsatilla, iris, cherry or rare species of the orchid family, but also many other interesting plants and animals.

National Nature Reserve of Děvín Kobyla is unique in the fact that such a small area brings together two worlds. The current, represented by the fauna and flora, and last, represented by the fossil remains and archaeological finds. Tourists come here looking for. Every season offers a different view of the mysterious place with views of the Austrian Moravian field, or the ruins of the Devin castle Schloss Hof. For them, who like study is an interesting walk through the walkway instructional Devín Kobyla E2, which is accompanied by five information boards or geological museum point located in the former quarry. For really good weather you can see from the ridge Kobyla and remote foothills of the Alps - Schneeberg. The diversity of life, as well as natural conditions can´t express with words, so I suggest you visit this unique area in which everyone will find theirs. 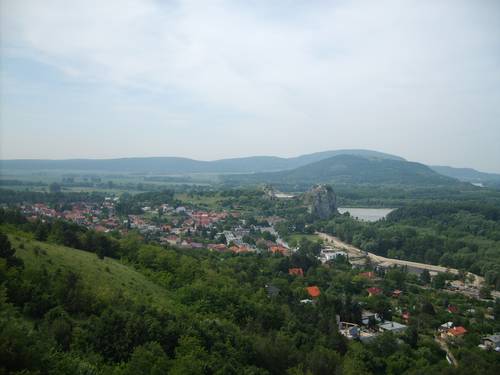