Patagonia is one of the least populated areas in the world. Before Spaniards got to this region, the area was populated by indigenous people such as  Pehuenche, Mapuche, and Tehuelche. The Yama, Ona people, or Selknam people.

It is not clere who discovered Patagonia. Some say Amerigo Vespucci in the year 1502. However, we know that it was Ferdinand Magellan who first used the name „Patagones“ and it was in the year 1520. 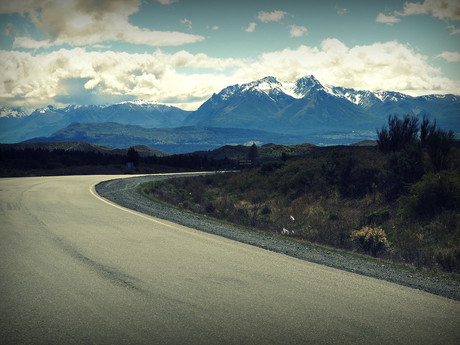 The name Patagonia was first given to the region by the first Spaniard here. They called the indigenous people living there the „Patagones“. Small Spaniards and Portuguese considered locals to be especially tall. According to one story, Patagonia was named for huge footprints left by Tehuelche when their feet were wrapped in leather.

It is clear to us that spring mornings will be cold and endless plain will be lashed by strong strong wind. We haven't even been to Patagonia yet we could vividly imagine how such wind can make one weary. 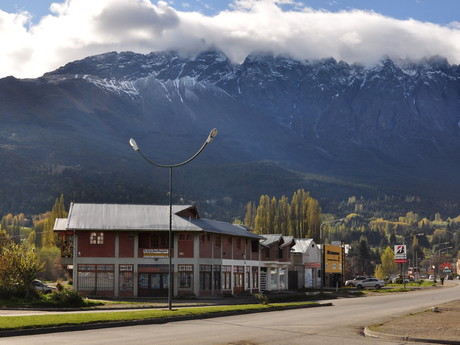 Ushuaia – the southernmost city in the world is our next point of interest. We plan to get there down Ruta 40 road. On our way we would see the greatest tourist attractions around these parts – Perito Moreno glacier or  Los Glaciares v El Chalténu National Park. Before we get there, we have a long road ahead of us and some towns where we will sleep over. 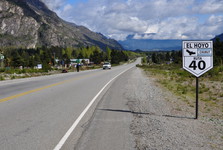 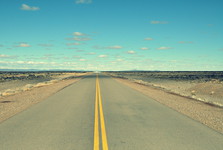 Ruta 40 begins in Patagoina's southernmost corner. It follows western outskirts of Patagonie along the Andes. The road crosses stepes, mountains and ends in Neuquen on the Barrancas River. The road is 2896 kilometers long, 321 of the lenght are unpaved roads.

Our plan is to hitch our rides. The price for food and tickets are rising the southern you go. When hitchiking we are quite often annoyed by the locals. They make waiting for the bus shorter by hitchhiking. However, they simply stand before you and hitchike. Hitchhiking around these parts of Argentina is not easy nor fast. In the end they mostly catch their bus. We managed to stop a truck which fully loaded travels real slow for the driver minds possible road ice as it is hard to predict where it might be. So we reach El Bolson on this day. We traveled only 116 kilometers yet it took us 4 hours. Equiped with a tent we hoped to spare some money by camping. However, the season hasn't started yet in El Bolson. Hence, camps are closed so we must stay overnight at a guest house. 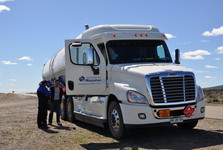 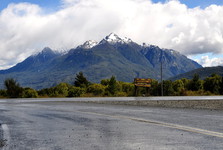 El Bolsón is quite a hippie town. Founded in 1926, it is now home to many migrants from Europe. In 1984, El Bolson was declared non-atomic zone and it was awared with the title "Environmental Town" for local chart presupose the region is free of radioactive pollution. People's way of life here is... alternative. So if some of you would like to change their lifestyle, move to El Bolson. 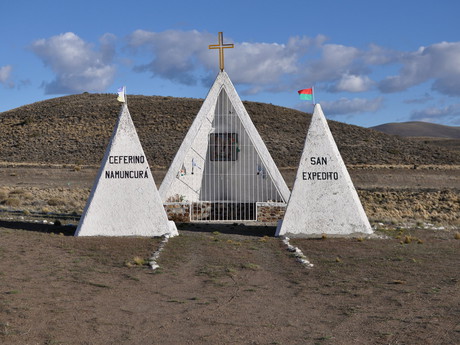 On the following day, hitchhiling gets us to Tecka town. Again, we didn't travel far away yet we moved. We have a tent so we only ask locals for water and sleep over in our tent. Once the sun rises, we hurry to hitch a ride.