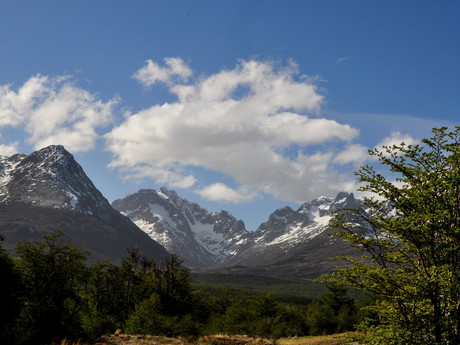 While traveling in Tierra del Fuego, the landscape changes dramaticaly. We have time to observe the landscape around for we travel by bus. The northern part of the island largely consists of the Patagonia steppe. It is a plain covered by grasses and bushes. Then it changes mostly to an area of rivers with sheep and cows pasturing around. Further to the south, the terrains gets more wavy. Forests appear around, and there are small marshalnds in the valley. Fagnano lake makes a natural border between the north and the south part of the island. The difference between the regions is vast. Bushes in the north change to forests to the south. 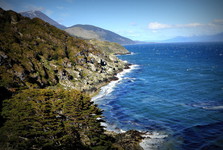 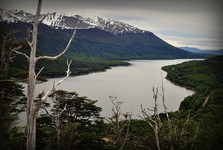 Tierra del Fuego is the newest of Argentinian provinces. Before the arrival of European expeditions in the 16th century, the province had been settled for over 6000 years by indigenous peoples. The first Europeans to explore the area were sailors led by Ferdinando Magallano (aka Fernão Magalhães) in the year 1520. The first contanct with indigenous people were held back by difficult communication and different ideological background. This fed myths and stories. Onces European settlers actually settled in the area, they had to adjust their habits to the unknown and inhospitable land. However, their expansion resulted in the extinction of local tribes. Ushuaia became the capital and the seat of the Tierra del Fuego's government in 1885. In the beginning of the 20th century, arrival of immigrants, expansion of industry ended with vast population growth. The government built a prison there to make the progress even faster. Prisoners worked on the expansion of the city between the years 1911–1974. 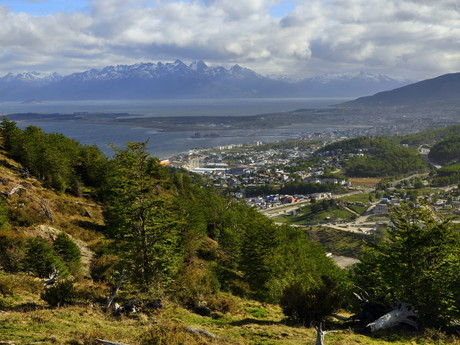 Once we finally enter the center of the city, we don't have to look fo accommodation for we have already arranged a sleepover at Horacio and Emilia's. We are glad for the weather is hard to predict around these parts. It rains, wind blows starkly and it gets even nice for a while. We stop at visitor's center to get a map of the town. One can spot right away that Ushuaia is quite a tourist-attractive town for ferrys loaded with tourists arrive all the time. Everybody wants to get his stamp into his passport and have the evidence for being at the world's end. 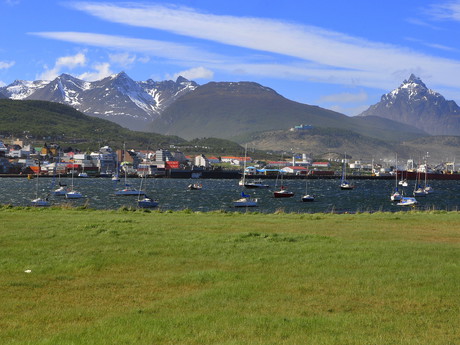 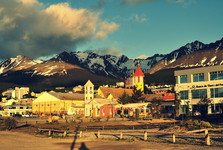 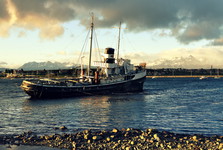 Considering the number of tourists, there are many tourist attractions so be ready for higher prices starting with hotels to national park admissions (350 Argentinian pesos). Parque Nacional Tierra del Fuego was founded in 1960. Covering an area of 63 000 hectares, the park was founded in 1960 to protect local forests. It is the only national park bordering the sea in Argentina. Next to wide variety of outdoor activities n the national park and its surroundings, you may take a cruise through Beagle canal and see islands with penguins and sea lions. 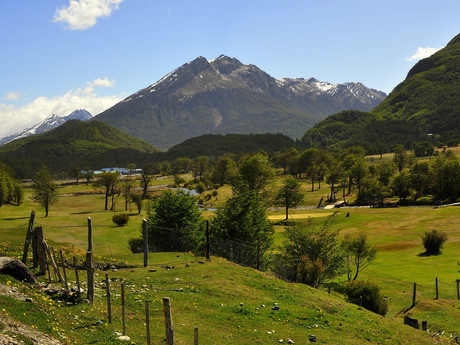 Horacio takes us by car to Cerro Cortez which is at 250 meters. Arakur, a luxurious hotel there, was allegendly a place where Leonardo DiCaprio stayed during the shooting of Revenant. From here, the vista over the surroundings is amazing. Together with Horacio and Emilia we go to enjoy "asado" in the evening, which is girlled meat. Argentinians are very sociable people and love to meet. It is typical a visit to come after 10 pm.