To reach the city walls, you can start at Zidovaska Street. Then go down across Staromestska Street which is always busy. One end of the street goes to the Bridge of Slovak National Uprising. The other end of the street goes to the Presidential palace. Rudnayovo square is another option. There St Martin's cathedral is the main landmark. However, there is a third way. It is along Prepostska street which begins in the heart of the Old Town. We chose to start at the cathedral. 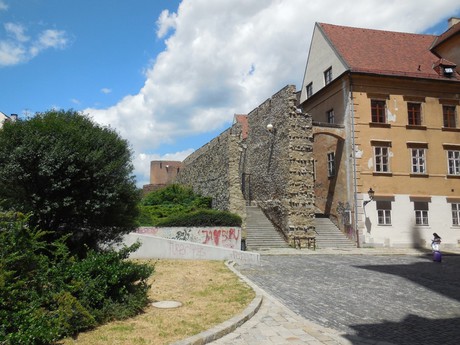 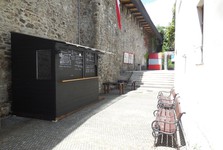 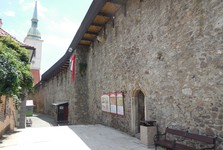 There are opening hours limiting the time when visitors can see this landmark. You should add it to your itineary for it is a wonderful opportunity to see part of how the city looked when massive fortification protected it. 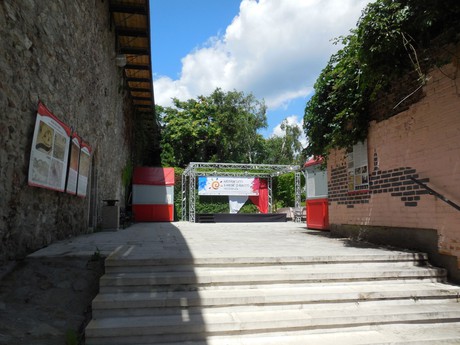 We climbed stairs opposite to St Martin's cathedral and entered litteraly Uzka street (Narrow street). The street runs along high wall and it got us on a small square. The square is place of venues devoted to literature, music, or historical markets in the summer. There was even a small podium, stalls, and a poster. 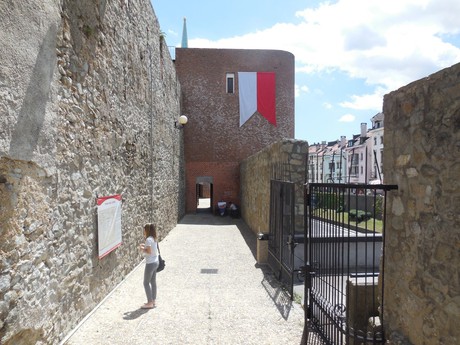 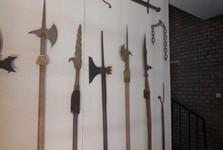 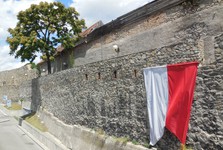 There were benches which we used to take a short break in the high wall's shadow. Soon we moved toward Vtacia tower. There is a historical weapons exhibition and you can see Old Town from there. However, the exhibition is open only at certain times and we were not lucky to see it for it was closed. Near Vtacia tower (in the direction to the cathedral) there is Mala tower. The tower was adjusted so there can be a small library. We were not in the mood to read anything. We moved ten meters down the road and observed the beauty and noise of Staromestska street. 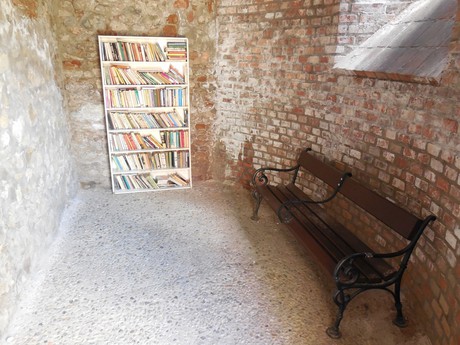 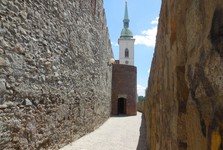 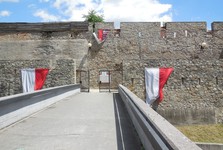 We returned to Vtacia tower. Afterwards, we set off in different direction towards the bridge. There we took couple of nice pictures. We noticed that the bridge goes to Baxova tower. However, this section was fenced. It made it unacessible to the public. 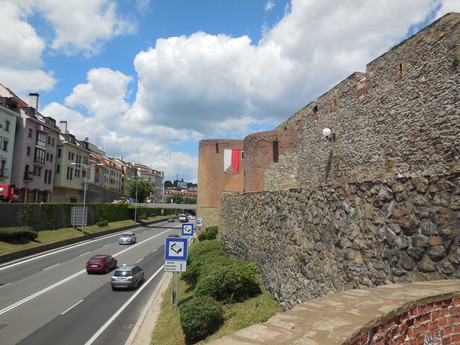 There are information boards at entrances to the city walls. There we learned that the walls, towers, and the Michalska gate are national cultural landmarks and also these are what remains of the historical city fortifications. 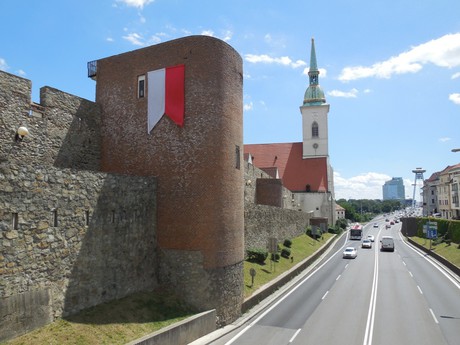 It was very educative and interesting to see the city walls and their embrasures and other features. We learned that there is still something new we haven't seen yet. 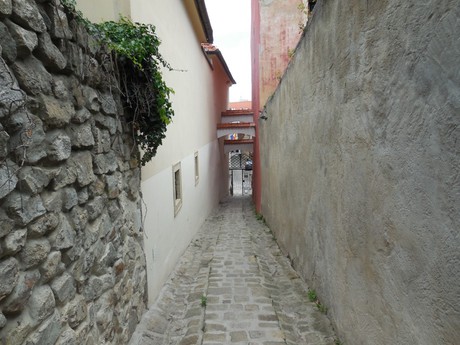 Next week we invite you to see another landmark of Slovakian capital. It has been for long years yet it is still new.