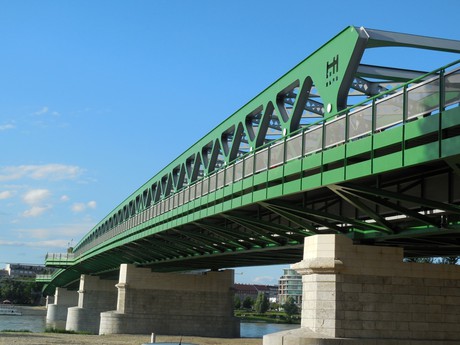 First of all we set off to the tower. It is a building of historical significance. It was used as a water reservoir. Its main purpose was to maintain water for the then ippeline. Simply put, it was a huge (about 20-meter high) water tower. It supplied iwth water also the adjacent theater. However, this lasted only until the city waterpipeline was constructed. The towar has been in poor condition since then. Still, it is amazing to walk around. The tower and the theater are national landmarks of cultural significance. Therefore, it is certain they will be renovated at some point in the future. 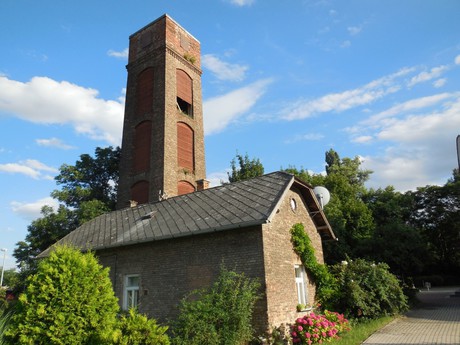 After a while we moved on toward the noise. The noise seemed to be emanating from the city beach. It is constructed on Tyrsovo riverbank every year. The atmospehre there is like nowhere else. Free of charge, you can lay down on sand, enjoy cold beverages, play table tenis, darts, soccer, pétanque, or beach volleyball. You can jump on trampoline, see a movie at the improvised cinema, or just refreshe yourselves in water and dance with a DJ. There is also Wi-Fi available. 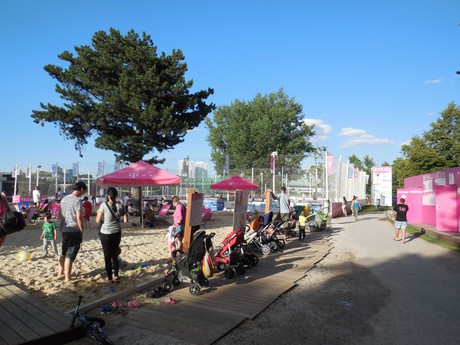 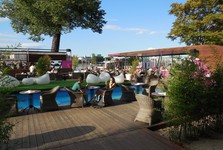 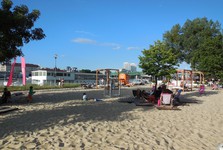 If you still don't have enough of city noise and sand move to beautiful Janek Kral orchard nearby. It is one of the oldest parks in central Europe. It covers an area of 42 hectares. You can rest in greenery there. They call it the green heart of Bratislava. 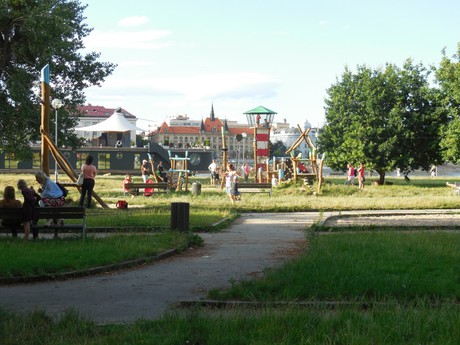 The park was founded in the area where riparian forest used to be. The park was designed in the Baroque classicism. It had changed in the course of the years though. Perhaps the largest change came during the 1970s. Large open spaces were created back then. Wild growing bushes were removed. Therefore, large trees became more apparent. 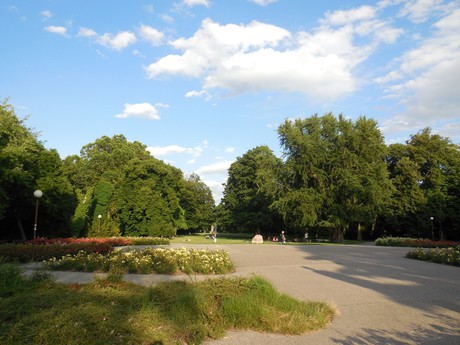 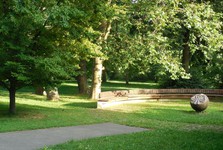 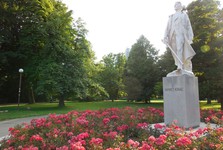 There are some small structures in the park such as round spots representing artistic take on zodiac. The sculpture of Janek Kral is in the center of the park. The statue is surounded by relatively new rose garden. The gazebo is a popular place for people to meet. Once, the gazebo was a tower of a Franciscan cloister. This place is one of the best looking on photos of the entire Janek Kral orchard. 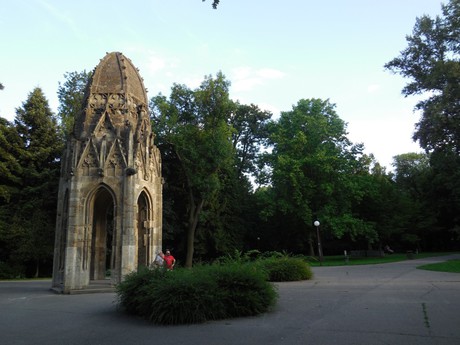 Apart form roses and annual plants, massive (over 200 years old) platan trees, chesnuts, or the dawn red wood. Gingko biloba and some specimen of maple and poplar trees. The park is an important dendrologic area. 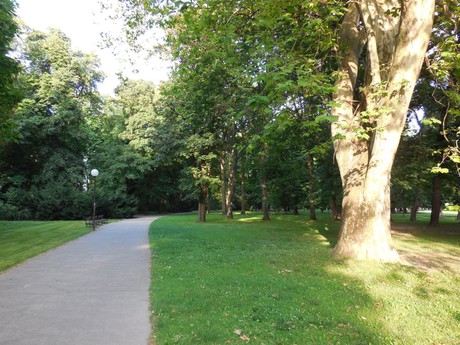 It is still a splendid piece of nature even though it is cut off by the New and the Old Bridge, huge shopping mall, and the demolished soccer stadium. Couples in love or sports enthusiats are usual visitors to this park. But you can see runners, bikers, yogis, martial arts fans, and those who like to throw frisbee. Children or people who like to make picnics go there as well. 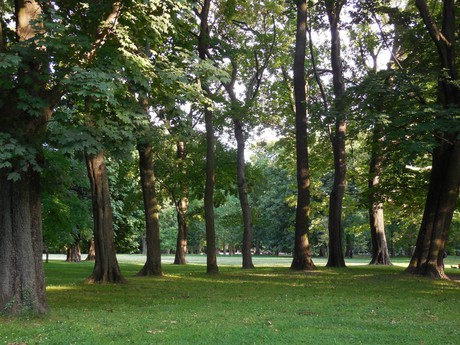 When your feet hurt from all that sightseeing, or you just want to have a good break the city beach and the nearby centuries old park are great places to go.