Today we take you to two magical places. Historical architecture surrounds greenery. The first of these magical places is Františkánská klášterní zahrada (Franciscan Cloister Garden). The cloister is situated betewen the churches of Ursulinky, Panna Marie Loretanska, and Zvestovani Pane. Righ opposite to it there is municipal authority. 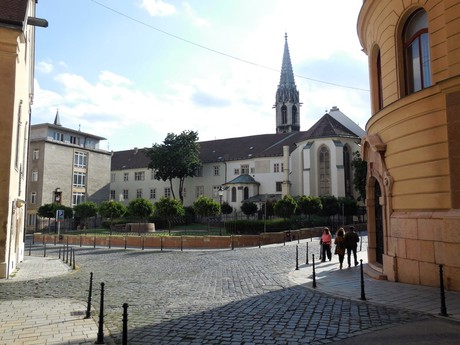 The Franciscan cloister garden is beautiful. If you want to sit there, it is possible once you settle it with Franciscan. The green heart of the garden consists of trees, flowers, and grass is visible across the brick wall which is crowned with decorating metal fence. 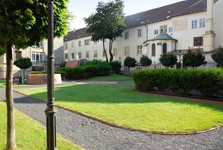 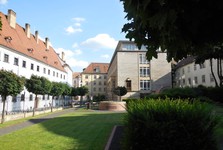 The historic well (fountain) is the one with "mountain water". There is no other like it in Bratislava. The history of the garden is linked to the Franciscan order. They came here around mid-13th century. The order built a large complex with a cloister, early-Gothic church, and gardens. Monks grew furits and vegetables there as well as some herbs. It was only in 1896 when the mystery of the garden was revealed. A wall was removed and replaced by a metal fence. In the mid-20th century, a children playgorund was built here. As Bratislava had been growing it was "necessary" to build parking lots even in its historical center. The surroundings of the Franciscan cloister garden was considered as suitable space. Fortunately, this was done very delicately and historical architecture was not much damaged. You can park your car in the underground car park situated right below the garden. 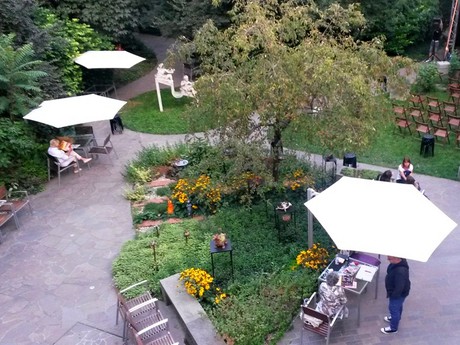 Beautiful place is the summer reading room U Cerveneho Raka. You can find it under the Michalsky bridge near the only surviving gate of the city fortification (Michalska gate). The reading room is situated in the former 14th century defense moat. The medieval fortification and historical buildings surrounding the room, makes it sheltered from street noise. The entrance is through a baroque house in Michalska Street. The house has a sign of the Bratislava municipal library which operates this readimg room. 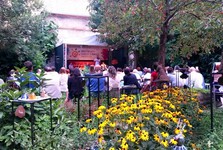 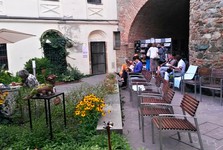 There is a park with chairs, flowers, sculptures, a fountain with drinking water, and a stage. Also, various events take place there. There are various books, magazines, wi-fi, and public toilets. Photo displays and artistic works which decorate the place. 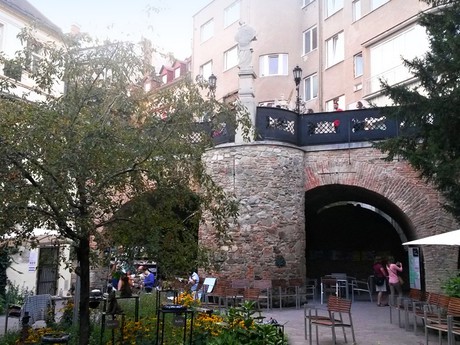 In case the weather is not favorable to your trip, the reading room gives you plenty shelter below brick arches of the Michalsky bridge. This is the place of peace and is free of charge from mid-May till the end of September. We advise you to visit the Muzeum Farmacie (Pharmacology Museum) - U Cerveneho Raka pharmacy. 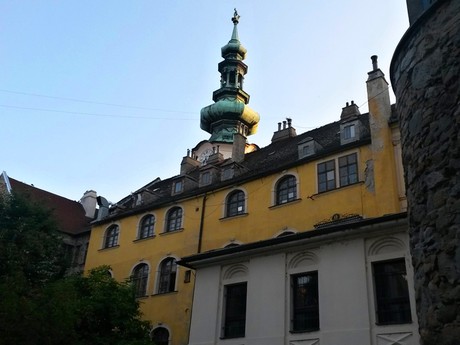