en.infoglobe.cz » The Netherlands: Den Bosch – The City of (Not Only) Hieronymus Bosch

This picturesque locality became famous thanks to the aforementioned artist. The inhabitants are rightfully proud. There are many places where to go and see his works. No, there are not just your average museums. There is a special store/a little gallery. Through VR visitors can be present right inside the most famous of Bosch's paintings. To rent VR glasses is very cheap. Then you just put it on and you will experience a ride to remember. If this is not enough and you want to enjoy his paintings more, go to the Hieronymus Bosch Art Center. His works are collected at one place. These are just replicas. Originals are rented across Europe. Still, to see his works at one place is just amazing. 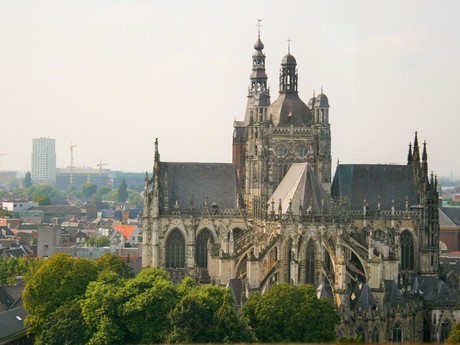 You shouldn't skip a walk in the center. Apart from the square there are amazing old streets with traditional stores as well. If you love sweets, taste some Dutch bonbons. There are several stores in the city which have preserved their traditional facade. Bonbons are sold by weight. You take a bowl at the entrance. Then you pick as much as you want from everything. Other great specialty are the so called Bosche Bollen, a sweet dessert hand-made and only in this town. It is famous across the Netherlands. Its a donut of puff pastry filled with whipped cream with dark chocolate on the top. Yes, it looks good as good as it sounds. Many tourists ask how one should this dessert eat appropriatelly. Well, everyone as he likes. Everybody eats it as he likes. The best way, however, is to split it, eat the cream and then eat the rest. Bon apetit! 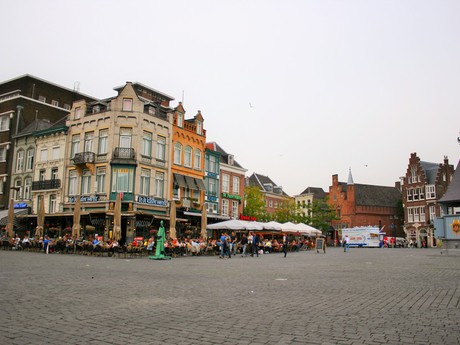 The city is also great for those who love to see things "deeper". The best experience in Bosch ('s-Hertogenbosch in Dutch) is a boat ride on city canals. It creates a vast and diverse network of canals. Our guide points light to interesting places in these dark canals or tell you where you at. His experiences with riding a boat are amazing. You don't have to worry about anything. The tickets are not expensive, and it is worth it. 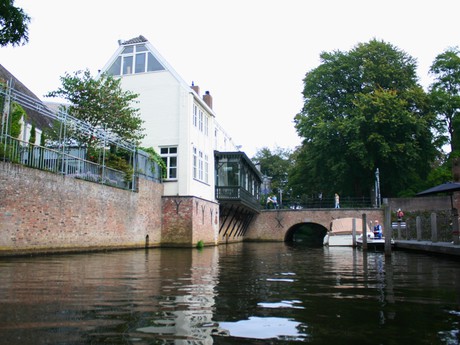 When you consider yourselves fans of architecture, visit St John catehdral built in the Gothic style. It belongs to the main features in the city. Currently it is under reconstructions making it seem as if there is no option to see much of it. Actually, quie the contrary. The scaffolding is situated only at one sid eof the building. However, during the reconstruction the usually closed roof was opened to the public. There is a lot to see up from the roof so don't hesitate and go there. It is really cheap. 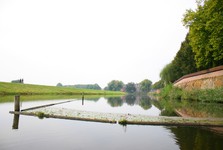 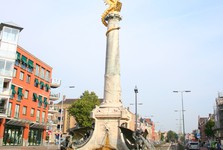 Den Bosch is one of the places you must visit while in the The Netherlands.