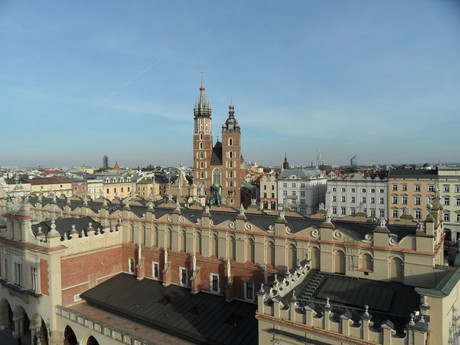 Wawel and the Old Town are not the matter of our article today. We will mention them later. However, Krakow has a district of historical and architectonic significance - Kazimer. It used to be a standalone town founded by King Kazimir the Great in the 14th century to protect the castle and Old Town against attacks from the south. Later it was split to a Catholic and a Jewish section - and today - years after tearing down the wall you can still see the former borderline. 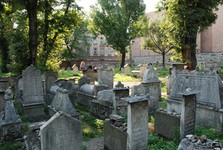 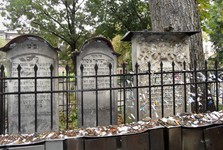 Szeroka street (Wide street) has been the center of the Jewish quarter for centuries. There is a synagogue and Remuh cemetery. The history of this place is linked to Mojsesz Isserles, a 16th century scholar which was nicknamed Remuh. Then, Kazimierz was an important spiritual center of entire Jewish Europe. Only Prague had larger Jewish community. Tourists come to this cemetery mostly for book guides claim it is the oldest one. There are many renovated tombs and grave stones. However, the cemetery was vastly damaged during the WWII. What you can see today is how it was transformed after the war. If you want to enjoy a quiet meditational walk among thousands of authentic Jewish gravestones, walk 300 meters further to the New Jewish Cemetery (Miodowa street 55). 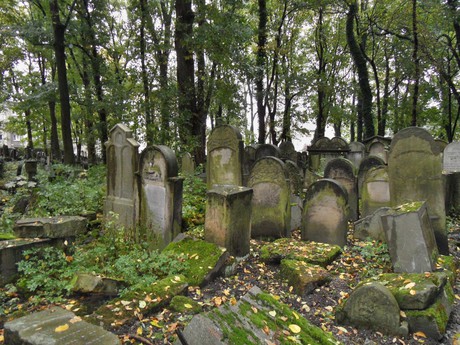 There are still seven synagogues scattered across Kazimierz. These are in blocks of three-storied houses. Usually, the synagogues are open to the public and display some collections. The most well-knon is the Old Synagogue constructed in 1670. Its museum presents the history and culture of the Jewish quarter in Krakow. 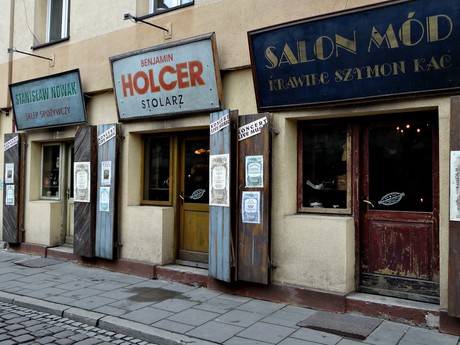 Over 65 thousand people lived in the Jewish quarter prior to the WWII. Vast majority of htem died in concentration camps. Krakow is also known for Oskar Schindler who is known worldwide because his story won Steven Spielbberg, who directed the Schindler's List, an Oscar. There is Schindler's factory near the river outside of Kazimierz in Lipowa Street. Its employees were Jews from Krakow. They were part of this war time story. The factory houses a museum in the present. There are many authentic items on display which help visitors to show true stories of people there and the complete history of what Schindler did. 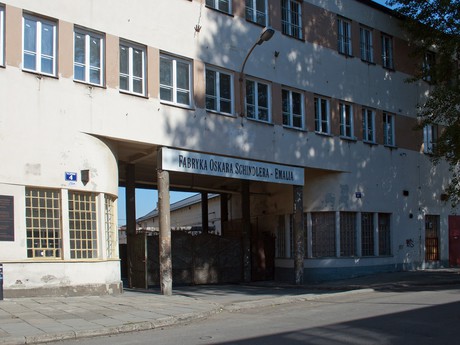 However, Kazimierz is not grim at all. Just the contrary. Restuarants, bars, bistros all one next to another. For instance, Jozefa street is kind of main party street in Krakow. I recommend you to make a tour de bar at night. Like any other bar in Krakow - there are not two same. Every place has its magic and looks different from its neighbor. And I talk not just about bars. Restaurants in Krakow are diverse, offer all kinds of national cuisines for affordable prices. You can get Polish borsch everywhere. The star meal is bigos which is made of cabbage and more types of meats. It takes four days to make it ready to serve. 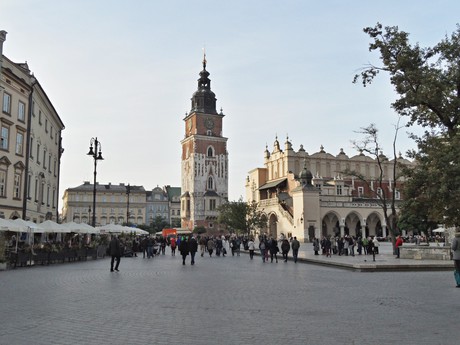