There is probably no student in Slovakia who wouldn’t visit the symbol of Slovaks - Matica Slovenska . Few years after our first trip there, we decided to take a short trip to visit all three buildings of this important institution. 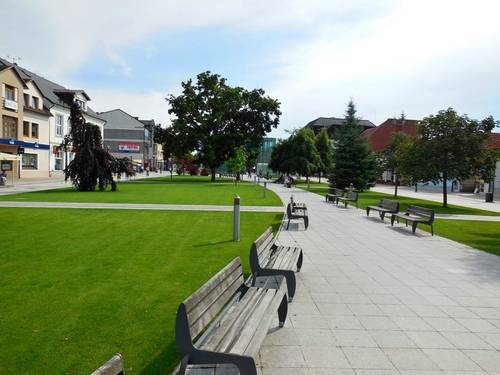 The first building is located at the end of the pedestrian zone near Memorandum square. It is a beautiful white late-classicist building. It was crowdfunded by the Slovakian people. It was built in 1765. The interior consists of a permanent exhibition by the Slovak National Museum of Literature. We walked around the building, almost; and we continued to see the second building. 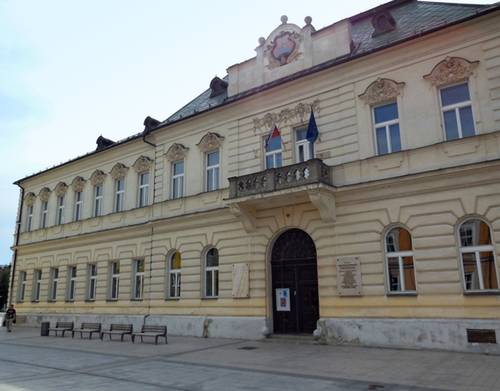 It was near the aforementioned Memorandum square and an evangelical church. This impressive building was constructed about 60 years later. Beautiful, pink-brown gem of architecture with three deep reliefs is currently the residence of Matica Slovenska. A steel statue of national artist Jan Kulich stands in front of its entrance. Around it are busts of famous persons, and benches. After a few minutes of contemplation we moved on. 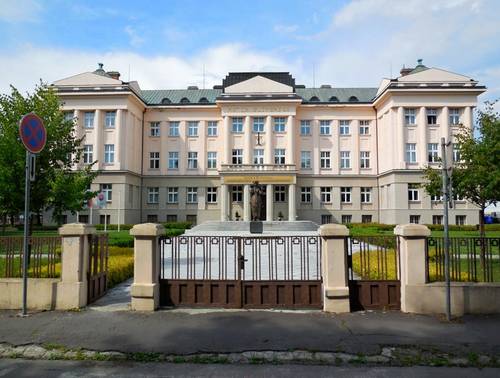 The third, and the newst, building of Matica Slovenska is located on an elevated place called Hostihora. The building is a landmark there. It is pretty far away from the first two (about 15 minutes) yet we really recommend you to visit it. It was built during the years 1963 to 1975. Today it serves the Slovak National Library . The building is contrasting. The bottom consists of horizontal base with atrium. In the middle rises a vertical building 42 meters high. Interesting concrete structuring of the windows, and monumental concrete reliefs make it a unique building. Inside, there is a modern scientific, cultural, informational, educational institution. It collets books that are stored in 72 kilometers of shelves. There are millions of books. It is free to access after registration. There is no book you wouldn’t find. 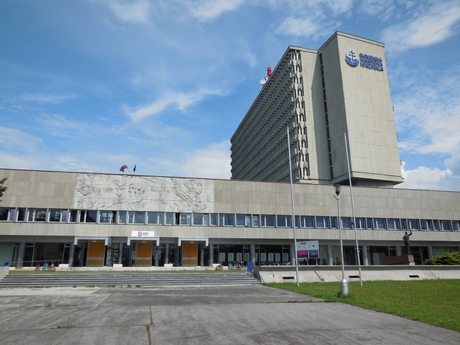 During our trip, we only admired the buildings from the outside. Inner beauty and meaning go beyond its construction. Matica Slovenska plays irreplaceable role in research on Slovakian history, traidion and it helps to develop it. It has been publishing various documents and books. It was an association for important figures of society and culture such as Jozef Cíger Hronský, Karol Kuzmány, Stefan Moyses, Pavol Országh Hviezdoslav, Vavro Srobár, Vladimír Minac and many many more.

To conclude, Matica Slovenska was crucial to form Slovakia as we know it today. But it is a discussion for another time. If you like the country below the Tatras then you should pay your visit to Matica Slovenska to see it roots in person.