If a man in the Czech Republic to be interested in Japanese history, it will miss him perhaps. Tourism in Japan has the advantage. That the history of this country it literally breathes from every other building or temple, which stands along the way.

One of the most interesting places, where tourist can look into history, the Edo Museum, located in central Tokyo in the district Rjogok. To visitor here is introduced a history and development of the cultural life of capital city. The museum is divided into two parts. Into the part, which introduced the main town in the Edo period, is accessed by a bridge replica of Nihonbaši, on which in 1590 entered the first Shogun Tokugawa Leyasu to the new capital city. The second part is devoted to the city's development after the Meiji era was Renamed Tokyo. The visitor throughout the museum exhibits a number of original and wooden models Introduced kabuki theatre, people's lives in the period, when cross the city walked Samurais, and also the time of inventions of the Industrial Revolution. 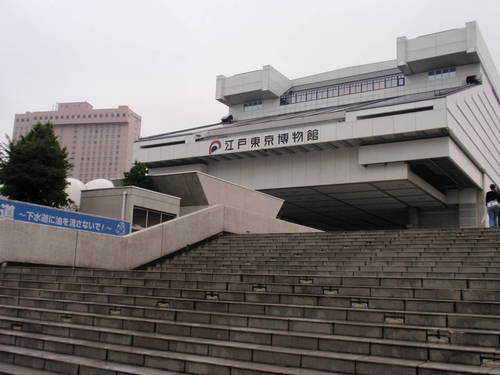 If a tourist wants to experience the true samurai atmosphere, he should go by Shinkansen to visit Himeji Castle, a UNESCO protected monument and a popular tourist near Kyoto. The castle is Significant mainly because it is the only surviving a typical example of Japanese castle architecture of Azutchi-Momoyama period. Castle was built in 1333 and has been preserved in its original condition, Including eighty-three buildings and the defence fortifications. With castles Matsumoto and Kumamoto form a unique trio of beautiful Japanese castles and it is considered as a Japanese National Monument, too.

Completely different part of Japanese history you can find in Hiroshima, in a park dedicated to the memory of Victims of the atomic bomb dropped on Hiroshima at the end of the Second World War. Better said, while walking in the park and visiting of Hiroshima museum tourist feel shiver.

The museum is conceived as a place where everyone should realize that no matter which countries fight against each other, they are always people, who suffer from it. For a symbolic fee here are coming school excursions to show the children, what next generation should be avoided. More and less scare caused by the explosion of a bomb, doesn’t touch them much, because they are running happily among exhibits.

During the tour of the museum visitor will know why the bomb was dropped on Hiroshima and something about aftermath of an attack, and especially with the life stories of the victims. Destructiveness of atomic bombs can then be best seen on the building of the Czech architect Jan Letzl, which only one survived the blast near the epicentre, and still stands in the middle of Hiroshima as a reminder of the terrible war. After the war the building was renamed as Atomic House and it really is a unique documentation of what the ordinary Japanese Citizens had to go through to the end of the war. Part of the memorial park is a monument dedicated to child Victims of explosion that is closely linked with the story of Sadako Sasaki, a girl who survived the explosion. She died a few years later from radiation. The memorial has a form of girl with paper swans overhead, because Sadako Sasaki before her death folds origami swans that according to legend should fill her wish in case she will make thousand of them. 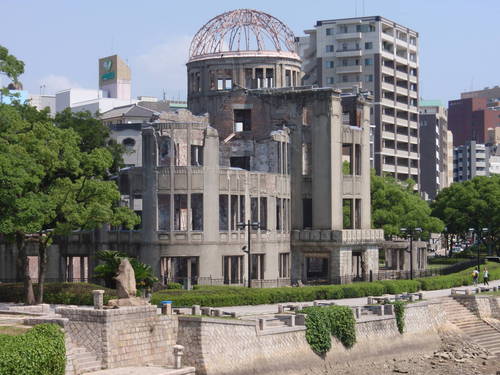 There are things, that are difficult to write about and it hardly remembers, though they can´t be forget. Japanese don’t forget the history, they remind it constantly, organize memorials, cultural festivals, they follow tradition. A lot of the old Japan can be seen in today's modern cities. Which is good ...