Everywhere around us, we could smell emitted strange "odor" of sulphur, smoke and bubbling hot springs. The town, which has about 80 thousand inhabitants, stretches along the southern coast of the lake and is one of the biggest tourist attractions of the North Island. 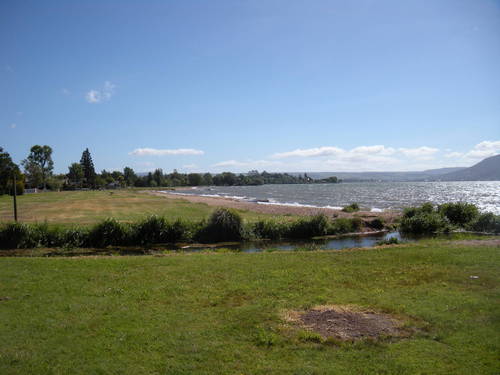 We stayed in a camp on the border of town near the lake, where every half hour bus of public transportation rides to connect the airport and the city centre. Because we were not fully acclimatized, we decided just to walk around the lake and other attractions to keep the next two days, for these we reserved the whole area of ​​Rotorua.

The next morning we went to the exploding geysers and mud pools called Te Puia. In the whole area you can move either independently or with guide. Because the price was the same (about 50 NZD), we decided for the second option, which we ultimately regret. We learned many interesting things not only about the geothermal activity, but also kiwi birds, who lived in the terrarium there, as well as the ubiquitously growing manuka bush, which is produced from various skin preparations, honey, etc. The biggest attraction of the whole circuit was undoubtedly a huge geyser Pohutu erupting approximately every two hours. Geyser can reach a height of 20 meters and the average eruption lasts about 5-10 minutes. The part of area was also an Art Workshop of traditional Maori weavers, carvers and other artisans, where I get a draw of washable tattoos free of charge. 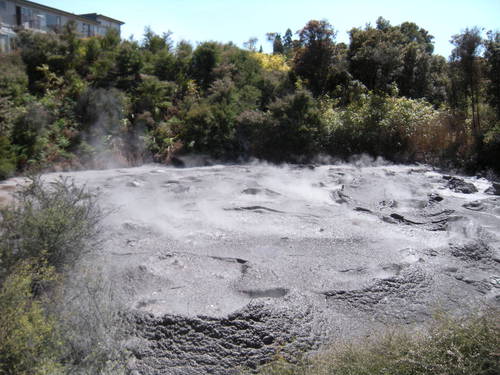 In addition Te Puia complex another well-known thermal nature reserve Te Whakarewarewa exists, but eventually we visited. Admission was also expensive as in the case of Te Puia and we assumed that the reservation won´t surprise us by anything new.

Evening we had a paid trip to the nearby village Tamaki Maori, where we should learn about Maori culture and gastronomy. The price was relatively high (over 100 NZD), but we did not regret anything. During half an hour by bus to "our" guide explained us the preliminary program and the rules that we had observed in the village. The basic rule should not be sounded, which proved to be quite difficult. Maori when they dance, show tongue sticking out and "ball" eyes. Following the adoption of Maori warriors followed the introduction of various games and interaction with the natives. We also saw the preparation of traditional Maori food hang representing the country fried food (vegetables, meat, etc.). Followed by Maori dances and performances highlight of the evening was a dinner consisting of food prepared hang in buffet style, where we are not afraid too and tried just about everything. In the evening we took the bus back to camp and we have a full stomach and with a feeling of "commercial" tourists went to bed. 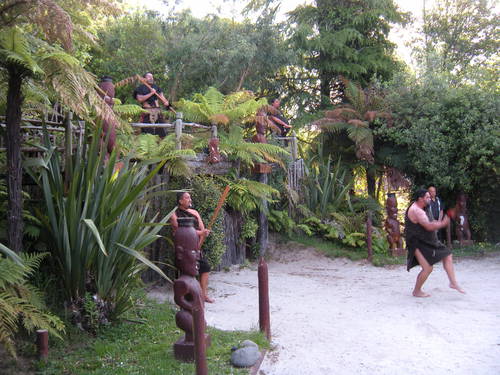 Our last day what we spent in Rotorua gave to tour cross Maori Village Ohinemutu, which boasts a beautiful Anglican church Wed Faith's an impressive window, where Jesus Christ is shown arriving on Lake Rotorua. Opposite the church was then still called Tamatekapua house of assembly, but that our luck was not open to the public. Before lunch we walked around it several other hot springs. The afternoon was in the spirit of pure relaxation. We visited the popular Polynesian Spa, where we loaded into the pleasantly warm (sometimes hot) water. There were a total of 7 outdoor swimming pools (3 of which were closed for technical reasons), and each pool has a different temperature range from 36 to 43 °C. The overall experience was magnified even more by magnificent views of Lake Rotorua, situated in close proximity to the spa. Comfortably rest so we concluded our visit to this unique area. 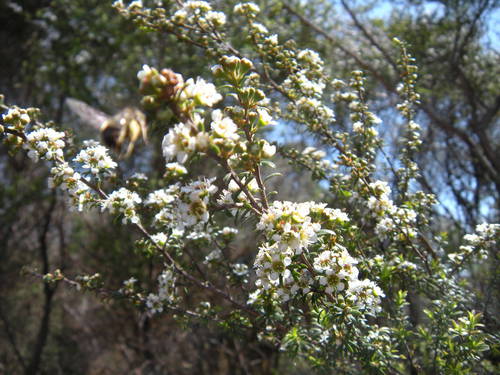