en.infoglobe.cz » Sweden, Between Göteborg and Stockholm IV – The Cities and Their Writers

A massive castle situated in the middle of the Svartån river is the main sight in the city. The castle is only about one kilometer away from the train station. There is also another visitor center there which makes it a suitable place to start your walkthrough in the city. The other reason is the very river which is a great guide for to the east it takes tourists out from noisy downtown to a vast municipal park (Stadsparken) where one of the most visited places in Sweden is located. It is the old town of Wadköping. Its wooden 18th and 19th century buildings are today restaurants, vintage store, museums, or places where hand-made crafts are performed. As for the museums – one introduces the life of Hjalmara Bergmana, the writer whose fictional world became a model for the town. 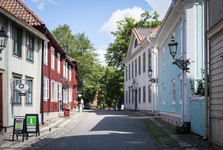 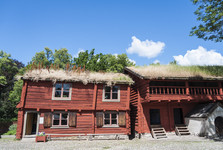 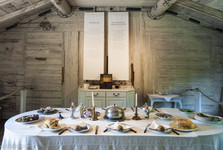 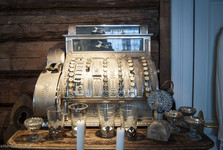 In Nora, we can also get some idea of how the writer influenced how the town looks. Nora more to the north and a great place to spend one day at. The town is a place where most of Marie Lang’s popular novels take place. In fact, Nora is called Skoga in her novels. Old carriages idle around the train station. Two have entirely different purpose today as one functions as a restaurant and a hotel. The other is half an antique shop, half the Marie Lang museum which was founded by her devoted nephew who loves to talk about her and gladly takes any visitors through the museum. There are almost all her books and movies based on the books. There are other memorabilia related to the movies. 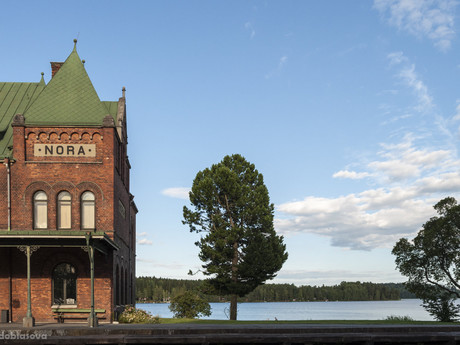 The town attracts people for its age and atmosphere. Nora is one of the most preserved wooden towns in Sweden . Many of the houses built in the 18th and 19th centuries still exist. There are stores selling hand-crafted goods, antique stores where treasures from the past wait to be sold. In the town you can buy famous ice-cream. It costs around 150 crowns yet it is huge and delicious. These are not the sole reasons why we felt so good in Nora. The town lays on Norasjön lake and is surrounded by beautiful nature. It is great for quiet walks, swimming in the summer, or making a boat rideu. 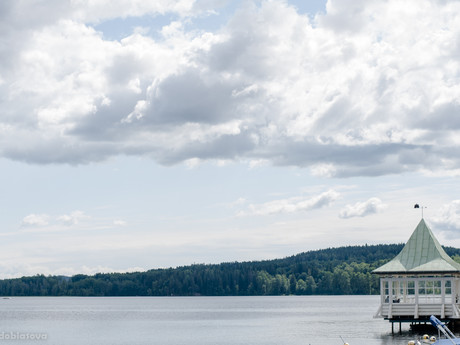 In Norrköpingu our thirteen-day long trip in Sweden which we undertook on our own concluded. Ambjörn F. our host at the farm met us there. Next ten days there plus three days in Stockholm would be the final two weeks of our stay in Sweden.