en.infoglobe.cz » Scotland: A Surprise in Applecross and a Journey to Skye – VIDEO

Th end of the previous part of our Scottish series of me travelling on a motorbike trip took place in the port city of Ullapool. We'll also tie in a little bit from him. Less than 20 kilometers south of the main road to Inverness a smaller road that returns to the coast. And I just stopped by for a short walk. The river Droma excavated here about 60 meters deep canyon of Corrieshalloch. 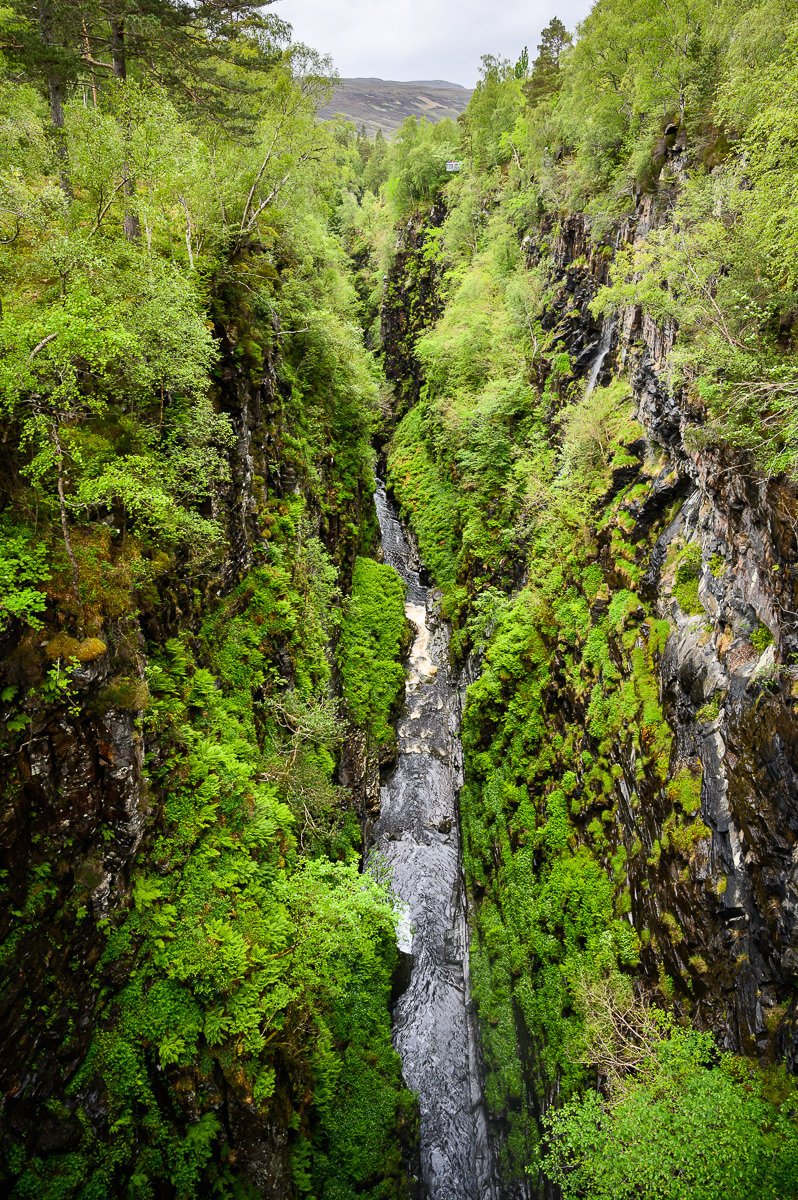 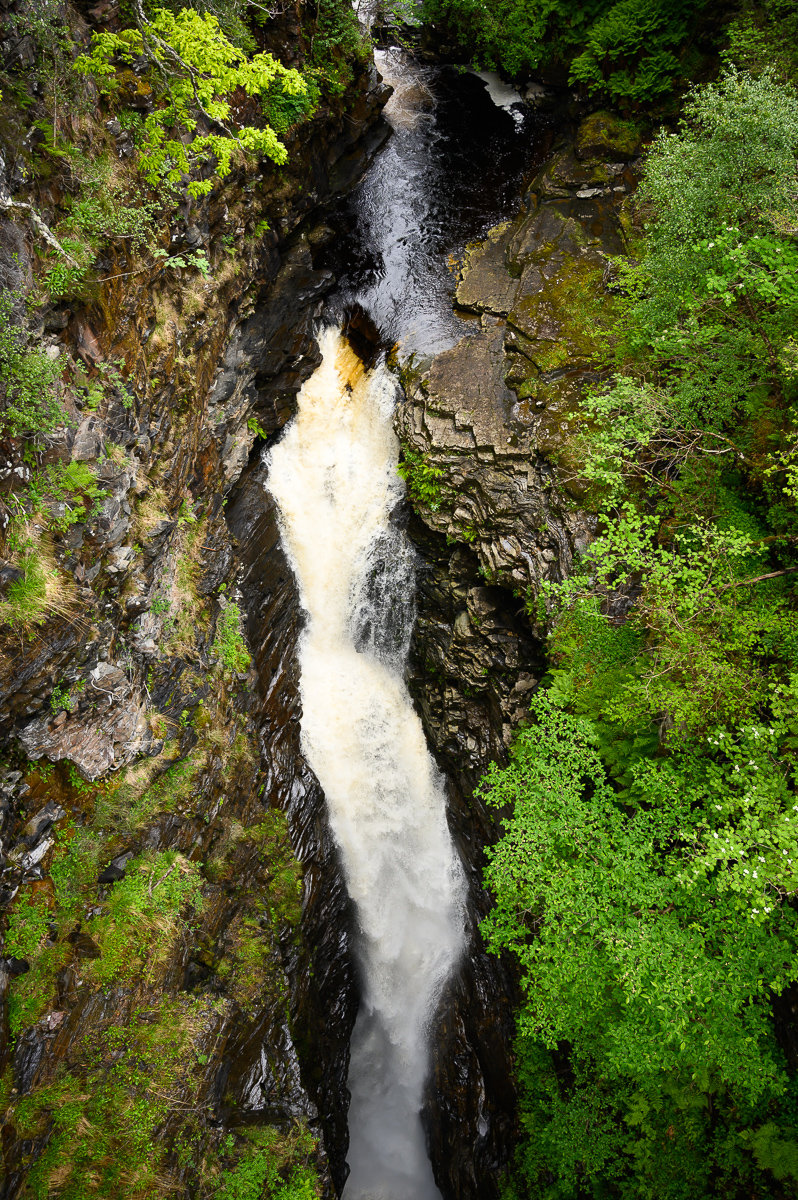 After a modified road I came from the parking lot after a few minutes to the bridge through the gorge, which is definitely not designed for the weaker nature. Even the walk of one man can really swing him. To make the experience complete, the foaming water of the Measach falls right below you.

The journey then continues all the way to the viewing platform a few hundred meters away, from where you can truly realize how great the canyon is thanks to the scale of the bridge and the people on it. 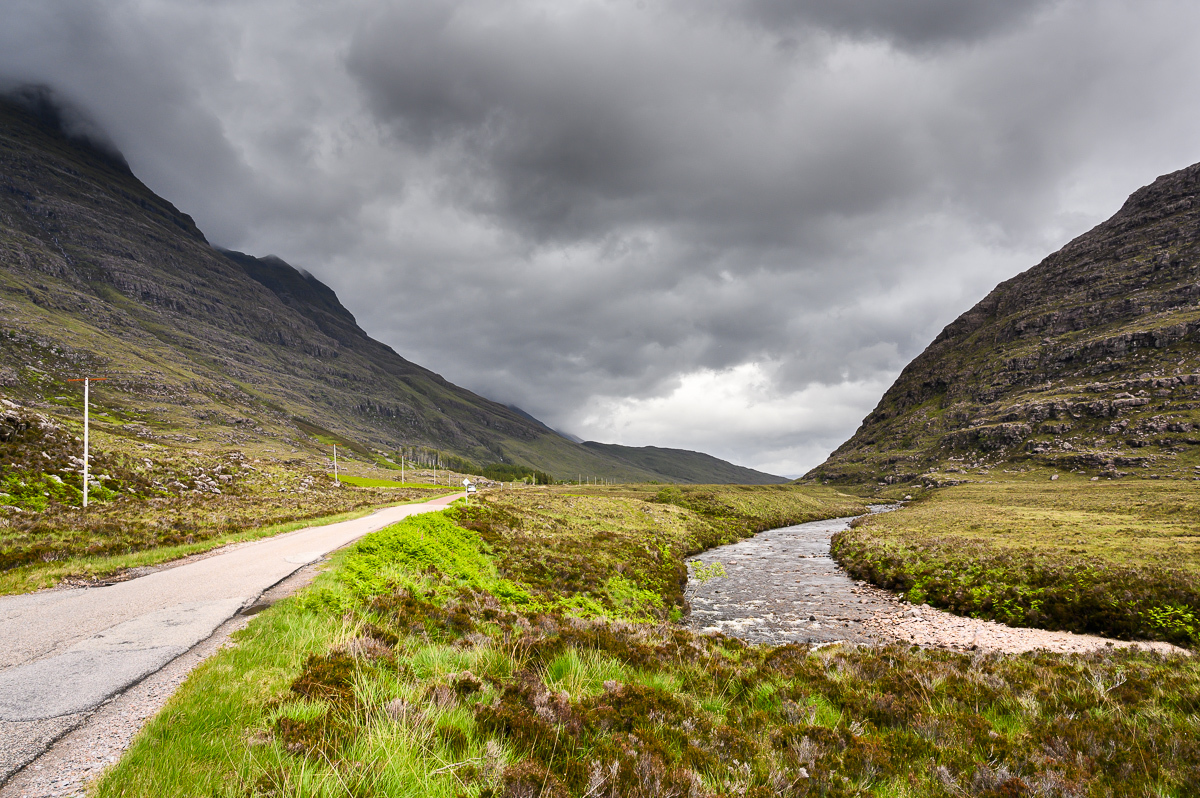 All day long I planned a larger portion of miles than I expected. Twisted coastal roads can stretch out sections that look like a bit, stretch nicely. So I arrived in Applecross only in the early evening, and because I wanted a good hot dinner, I stopped for a burger. Fortunately, it stopped raining completely and the road was quite dry. 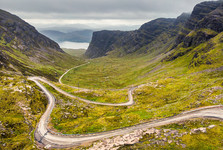 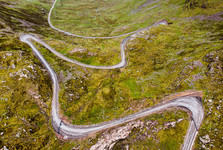 I began on small broken road to the mountain pass. Behind me, the sea view slowly opened, and in the distance I gradually recognized the island of Raasay and beyond it Skye, my destination that evening.

But what awaited me at the end of the relatively gradual ascent took my breath away. The road suddenly turned into a deep glacial valley that dropped sharply back to the sea from about 600 meters. On both sides it is lined with majestic rocks. I hoped for a moment that the sun would shine for at least a moment, but in the end I gave up waiting and headed toward Skye Island. 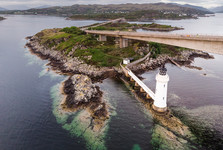 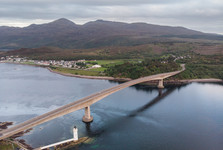 It was a good decision. When I reached the tall concrete bridge that connects Skye to the mainland, the sun had risen and lit the Kyleakin lighthouse ten minutes before it set.