We drive off the road about 17 miles before Perth. We park our car on nearby car park to see one of the oldest landmarks in Scotland which, at the same time, belong to the National Trust for Scotland charity. It is the Hermitage which you may find in Tay Forest Park. For over 200 years it has been one of the main attraction of Scotland. Hermitage Woodland Walk is a leisure tourist trail which we take. The trail passes by exotic trees including the tallest tree in Great Britain – the 64-meter Douglas pine. The entire forest is ancient and of great atmosphere. Falling snow flakes add to the mysterious atmosphere. The famous pine grows near from Ossian's Hall, a 18th century hermitage. It sits on a cliff projection from which you may enjoy the vista over the Black Linn Falls. 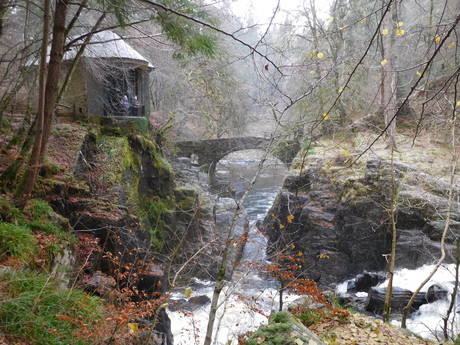 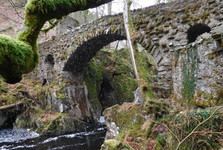 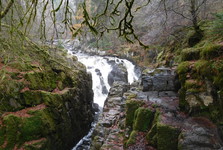 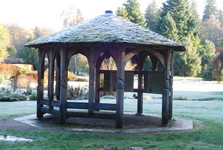 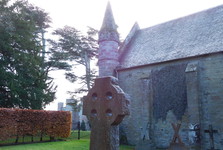 Mere hour of driving later we reach the former capital of Soctland – Perth. The 800 year old town is very popular in Scotland. However, we were not particularly fond of its high traffic and architecture so we rather set out to Scone Palace, one of the most regarded sights in the area which is situated in the small village of Scone. Scotish kings were crowned there o nthe Stone of Destiny until the year 1296. The palace is surrounded by beautiful gardens with different plant species. You may even spot peacocks strolling around or see the "kitchen garden", war cemetery, or a replica of the Stone of Destiny. 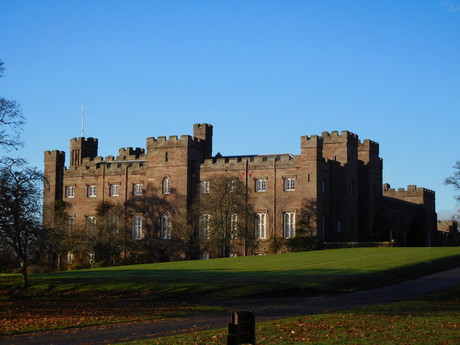 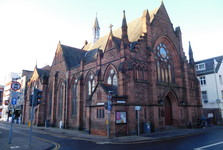 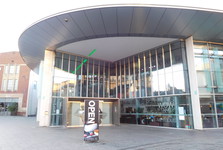 We move back to Edinburgh on the following day morning. There we would wait for our night flight to Prague. Yet there are two more places we want to see. First the town of Dundee mere 50 miles east of Perth. Royal Research Ship Discovery constructed in 1901 is on display there. Captain R. F. Scott and his expedition team were the first to reach Antarctica on this ship. The two year long expedition greatly helped to map the area and learn invaluable information about local fauna. 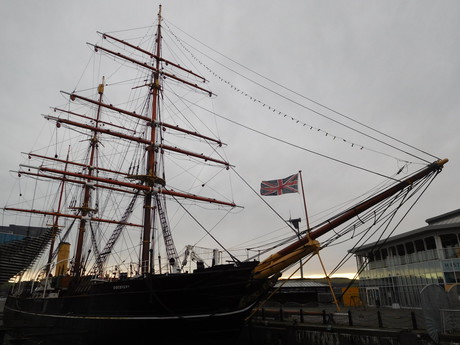 By crossing Tay Road Bridge we go further south into St Adnrews town. Founded in 1411, there is the oldes university in Scotland. However, we were much more interested in the remains of a 12th century cathedral. It is a huge compound right next to the sea. The entrance is free of charge and you pay admittance only if you want go to the museum or the tower. The vista over the town from the latter is breathtaking. Single ticket also allows us to visit nearby castle. Moreover, St Andrews host the famous British Open golf tournament. 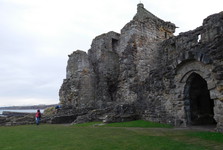 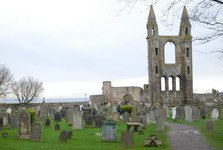 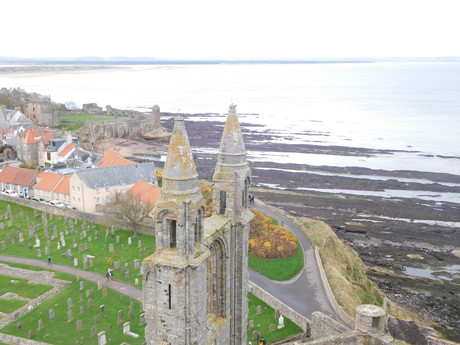 Our travels in Scotland end in St Andrews. Don't let the weather discourage you. Travel here off season. The benefit of this would be less tourists and lower prices.