Elephant House Café is one of these mysterious places. It is basically an uninteresting city café, in which Rowling, however, put together a manuscript for the first volume of books about the young wizard. Today, the door is not torn and it is almost impossible to come here for a cup of coffee. The opulent Hotel Balmoral plays an interesting contrast, where on the contrary, chapters closing this extensive saga have been written in strict secrecy.

The author often gained inspiration from walking around the area, near the Elephant House Café is the entrance to Greyfriars, a cemetery that worked during the 16th century. Right here are a little search to find tombstones of a certain Tom Riddle or William McGonagall. Right behind the cemetery is the George Heriot’s School, which looks reminiscent of the already mentioned Hogwarts. It is also interesting that this school uses a system of classifying pupils in four tracks, whose names are not Slytherin, Gryffindor, Ravenclaw and Hufflepuff, but Lauriston, Greyfriars, Raeburn and Castle. Not far from the graveyard, one can stroll along the ancient cobblestone Victoria Street, which served as an inspiration for Diagon Alley. Today it even has a joke shop, but unfortunately it is not led by Fred and George Weasley. 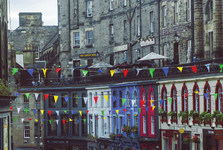 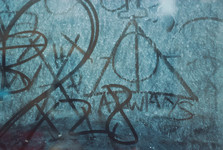 Edinburgh strongly inpisred Harry Potter books, but if we remember the movies, we need to look around the rest of Scotland. Definitely the most conspicuous experience for film fans is a visit to the Glenfinnan Viaduct, which can be seen in several films, but plays the biggest role in the second episode, where Ron and Harry are driving over him in a flying Ford Anglia with Hogwarts Express on his heels. Directly opposite the viaduct lies the shimmering Loch Shiel, which in the movies most often replaced the lake spreading on Hogwarts grounds and in the background was filmed the iconic scene of Harry's flight on the hippograve in the third part. 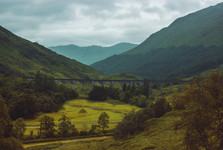 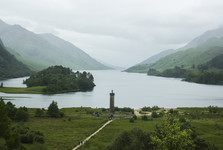