spring (source):
The river is created by confluence of Vydra and Křemelná rivers near to Čeňkova pila in Bohemia Forest.
flow length:
113 km

Originally, the Stone bridge was used to be called Jeleni. The legend has it, that it was supposed to be called after the first man who walks across it. The first one who went across the bridge was a deer (jelen) from near forest. There are four Baroque statues replicas and a cross with Jesus Christ. . 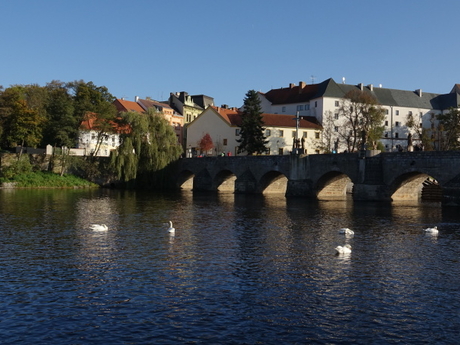 The bridge was built on dry land. When finished the river was drained there artificially. Today, a pedestrian zone is on the bridge. It then continues lined by greenery along both river banks. 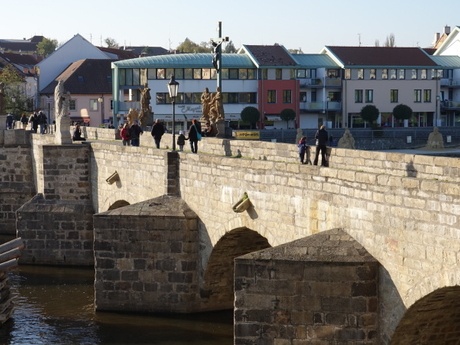 Local landmark is the church of the Birth of the Virgin Mary. The church has a clock tower and partly preserved fortifications. The part of the latter used to be the Putimska gate , that is mentioned in a national song.

The town hall on Velke square has a late-Baroque façade with a balcony. The independent Czechoslovakia was declared there by mistake two weeks earlier (14. 10. 1918). Close to the square, there is a former malthouse today used as a place for cultural events, or exhibition space.. 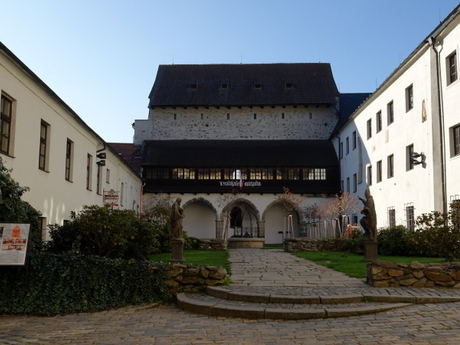 Worth seeing is the exhibition of the Prachenske Museum. The exhibition is devoted to fishing, and gold panning. The Otava used to be richest Czech rivers on gold. In 1996, the museum was awarded „European museum of the year “ award by the Council of Europe. It holds a gallery of Czech rulers, there is an exhibition of the countryside of Pisek. Also the museum focuses on topics such as Prehistory, Slavic period, history of the region, mineral wealth, cultural traditions, etc. The museum also hosts a mineral exchange. So people who love precious stones, jewelry and fossils will enjoy it there. Also, amateur collectors exhibit there. You can see there samples of collection minerals, processed or crude precious stones, healing stones, or decorative stones. 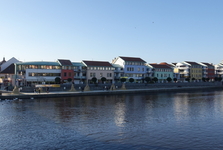 People who love horses can see there land stud farm built in the Tudor style at the turn of the 19th century. The compound is for owners or breeders of horses. You can arrange there horse riding course, or a guided tour. The most important stallion of the present is Arda. She is the same as the model used to create equestrian monument of St Wenceslas at the upper part of Wenceslas Square, Praze. The statue was made by the sculptor Josef Václav Myslbek.

Another interesting fact says that there is the oldest public hydro power plant with still functioning period equipment. This made the town of Pisek the very first city with public lighting in v Czech Republic. Today, there is the museum of lighting and water engines. 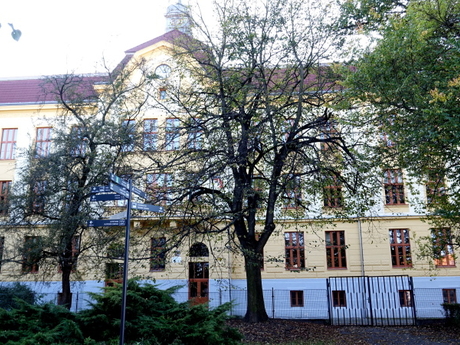 There are many secondary schools of various specializations. That’s why the city is nicknamed „the city of students “.

The royal city founded in 1243 is a great place for a family trip, even off season. I loved it for its scenic beauty. 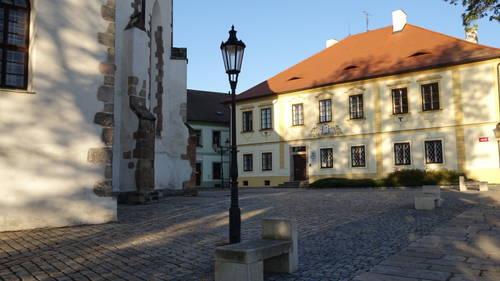