en.infoglobe.cz » Greece, Lefkada – A Treasure in the Ionian Sea with Beautiful Beaches

You can stay in the south of the island in the town of Vassiliki, for example, directly on the hill with a fascinating view of the entire bay. It blows a lot here, so this place is ideal for windsurfers. The entrance to the sea is suitable for children, because you have to walk a few meters to swim. It is about 10 minutes to the town along the promenade. 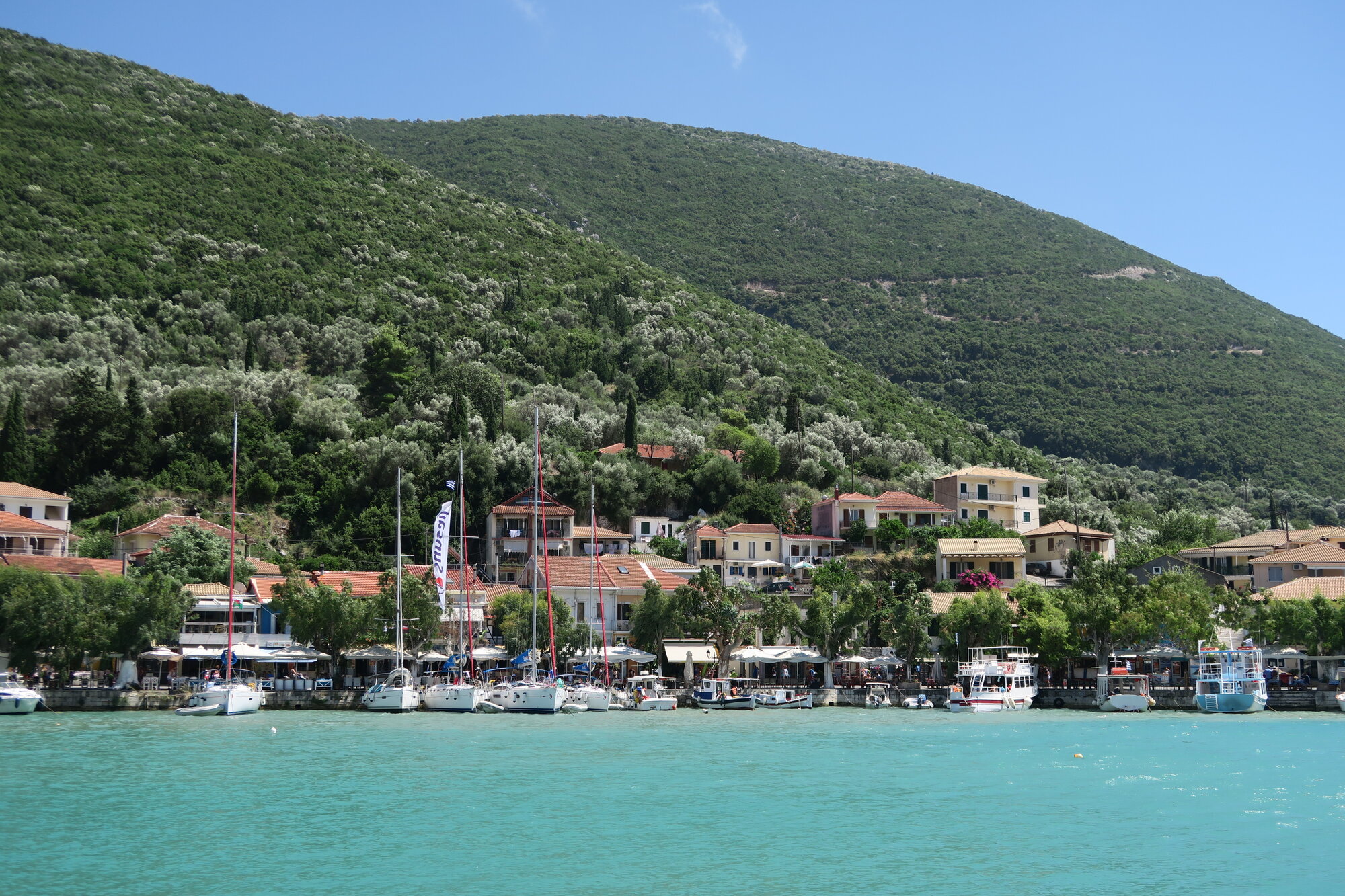 Our first steps are to the tavern to taste the great local dishes. As in the whole of Greece, here you can find excellent gyros, musaku, souvlaki, olives, pita bread or shrimp, simply everything that is typical for this country. 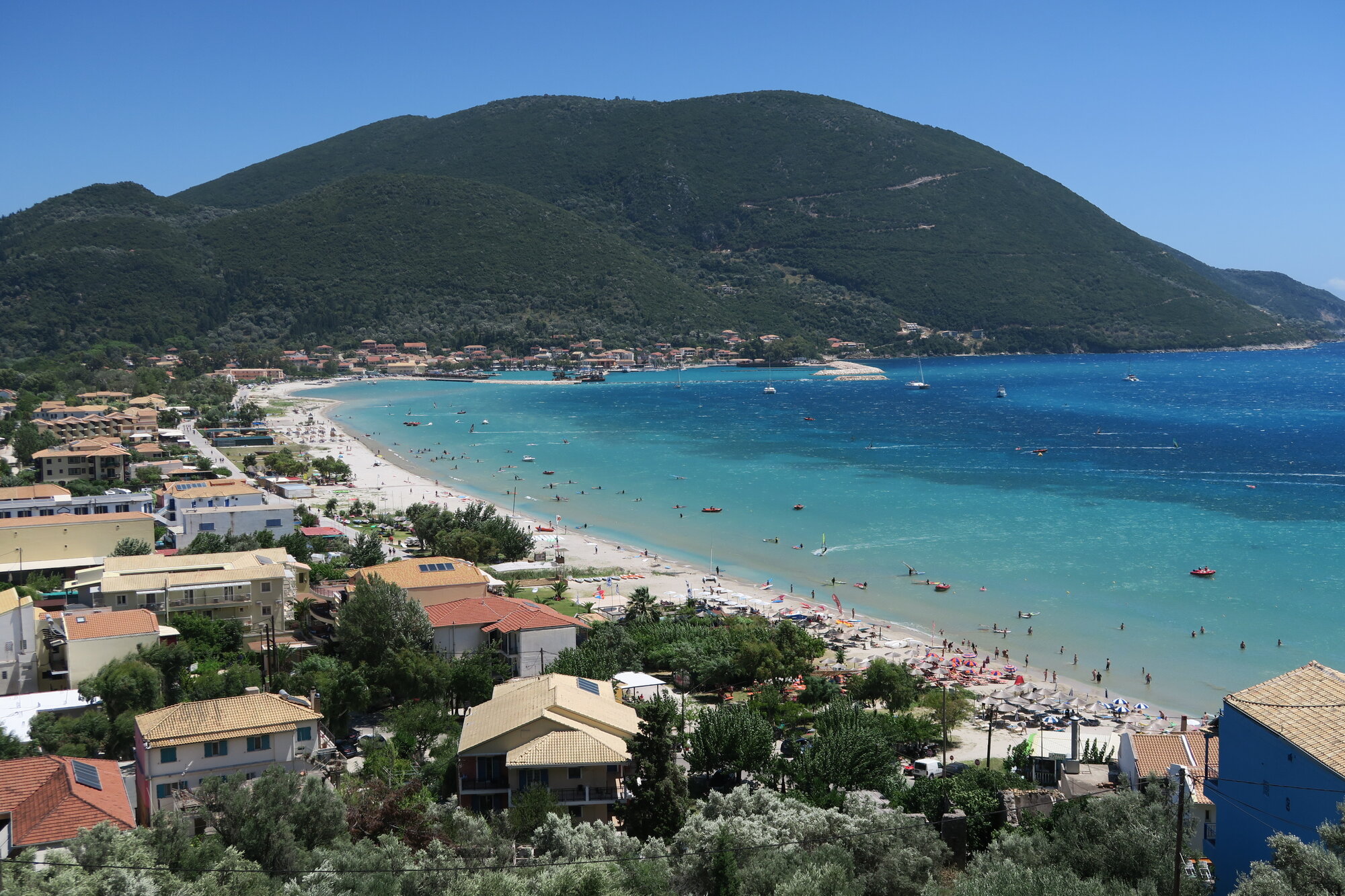 About 20 km from Vassiliki is the town of Nidri, which is a bit livelier. There are many cafés and taverns on the promenade. It has a completely different atmosphere than the quiet Vassiliki. We went to Nidri to visit the waterfalls, which can be reached on foot (4 km along a well-marked route). Unfortunately, most of the way is in direct sunlight, but at the end of the route we will have not only an amazing view of the waterfall, but also a chilled frappe in a tiny cafe under the waterfalls, where all tourists rest. 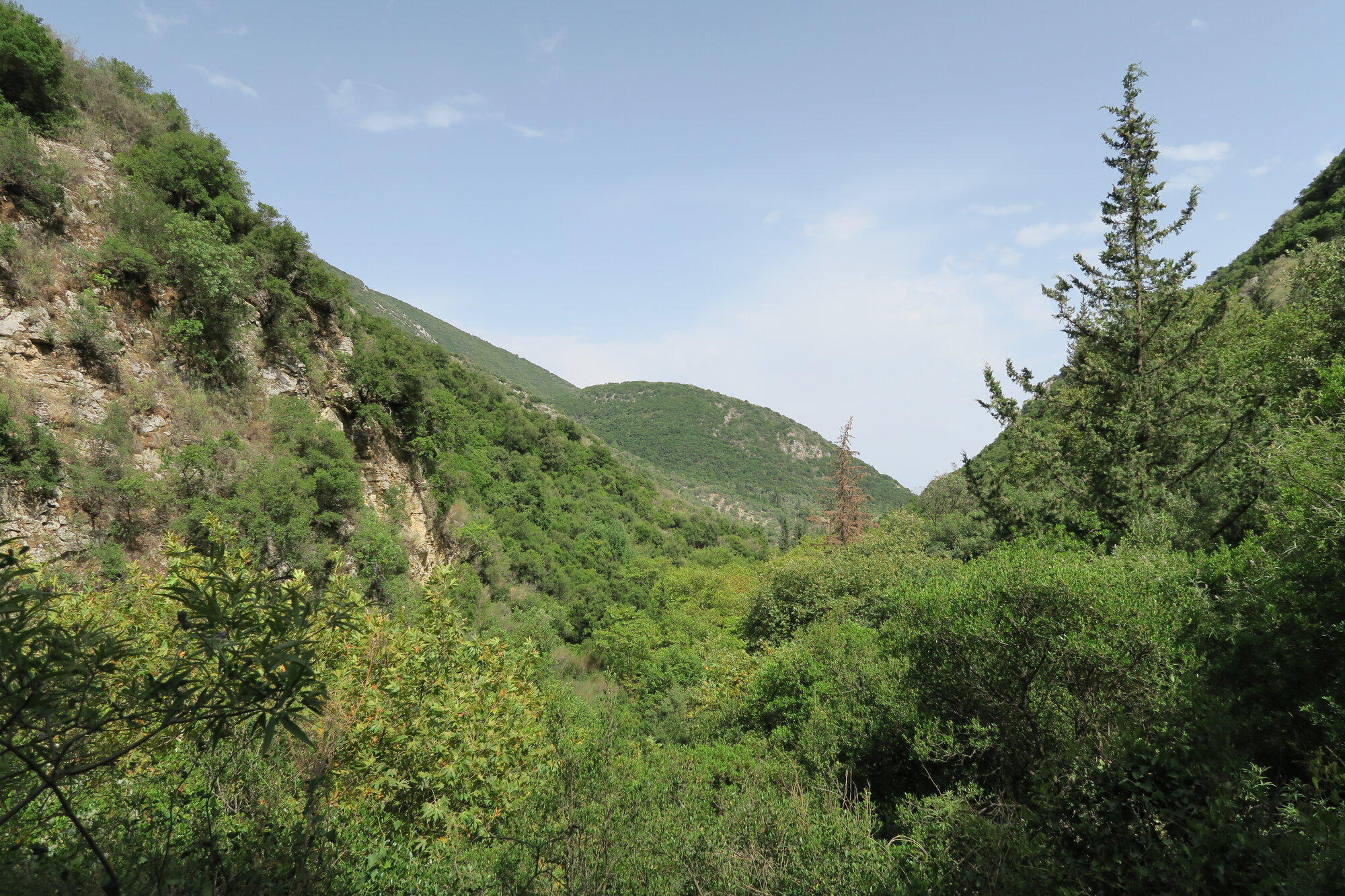 From the locals you can buy a boat trip to the most beautiful beaches of the island. The price is around 20 euros per person. We are the first to arrive at Egremni beach, anchor here and spend 2.5 hours swimming and sunbathing. We are captivated by the incredible blue hue of the water, the white pebbles and the peace. There was an earthquake on the island in 2015 and it slightly damaged the beach, but it does not seem to have a negative effect on its beauty. Apparently you can only get here by boat now, which is why there are only a few tourists. Then we sail to another beautiful beach Porto Katziki. Limestone cliffs rising from the sea will amaze you. There is no such peace here, as you can also come here by car. The beach is crowded with people, but it doesn't detract from its beauty either. 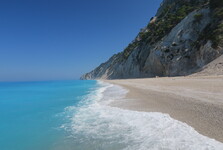 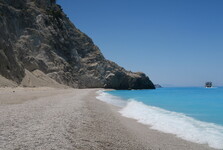 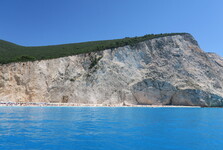 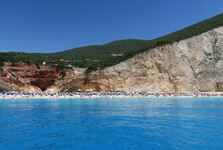 In the high season, there is a direct connection from Prague to the city of Preveza. From here you can go to one of the resorts. The journey itself is a great experience for some, as you have to cross a drawbridge from the mainland. This green island is definitely worth a visit.