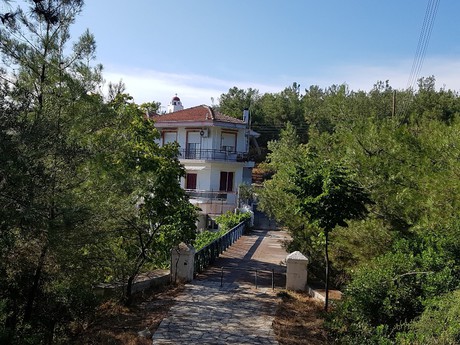 Limenaria and Potos are less than 5 km away. In addition, thanks to European subsidies, they are linked by a newly built road leading over the coast to the concrete surface. You can take a stroller along. From the port of Limenaria, take the stairs up the rolling Palataki chateau towards the Metalia beach. You do not climb to the beach, but continue to the road and lookout point with the gazebo. Here is the starting point for a trip that leads through Pefkari to Potos and mostly downhill. 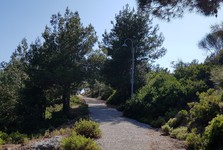 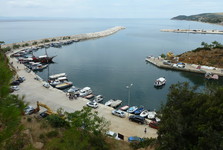 Larger and more populous town with a harbor, a sightseeing spot overlooking the bay, and a promenade lined with restaurants and shops. Whoever does not want to move into the center of the center, goes in the opposite direction to nature. Above the long pebble beaches with taverns leads an illuminated flat path that is like a peaceful evening walk. At the end of it, you come across a rock, but on a paved road you climb the road and continue to Trypiti beach. A romantic place with a sandy beach in the forested part will delight everyone. The distance from Limenaria is about 3 km. 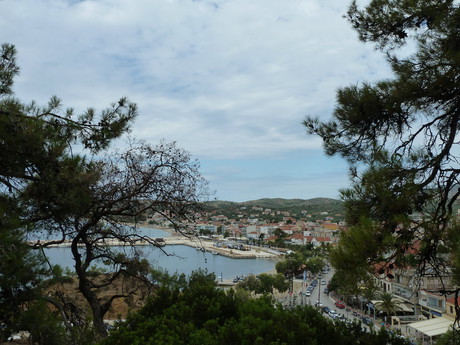 In the opposite direction, that is Potos, there is Metalia beach. Above it are former shafts and iron ore furnaces, from which the name also comes. Just behind the Palataki Castle, which was the seat of a mining company, you turn right and descend for a long way to the beach. Even if the beach is spilled with marble crushed, ubiquitous slag gets under your skin. 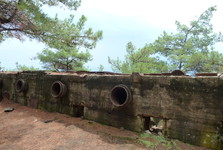 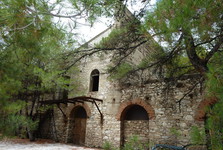 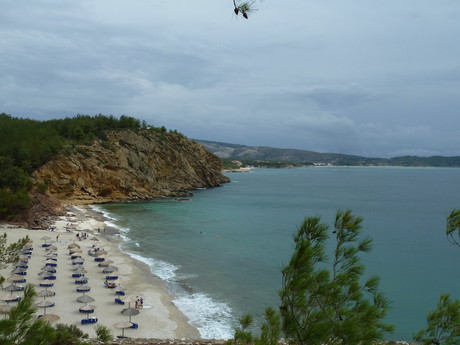 Originally a fishing village has become a busy resort with a harbor. The shorter beaches have a flint and a partial sandy surface. And because it is a smaller town, space for accommodation capacity is somewhat confined. Whoever wants more privacy must count on being away from the beach. A similar resort is Pefkari, but with a better and, of course, sandy beaches. It is adjacent to Potos and is known mainly by a camp set in the forest. Potos is approximately 10 km from the inland mountainside village of Theologos, where olive fruits are processed. If you visit her, do not forget the local church with the bell tower. Wall paintings and carved ceilings are worth it. Theologos was in the past the most important village on the island. This is evidenced by the fact that it was the capital until the middle of the last century. 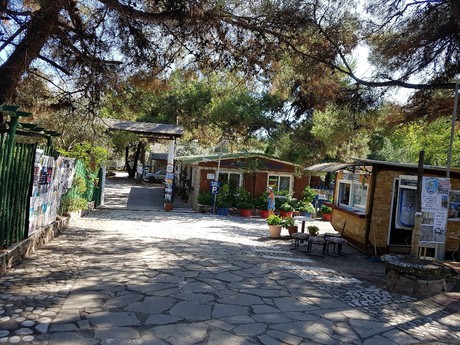 While traveling around Thassos you will discover many interesting things. Every step you find snow-white marble. Unfortunately, they do not consider it to be a rare thing around these parts. The aroma of olive, oregano, thyme, lavender and the pine trees will breathe well. Their wood is no longer used for shipbuilding, it is valuable because it is one of the cornerstones of nature. 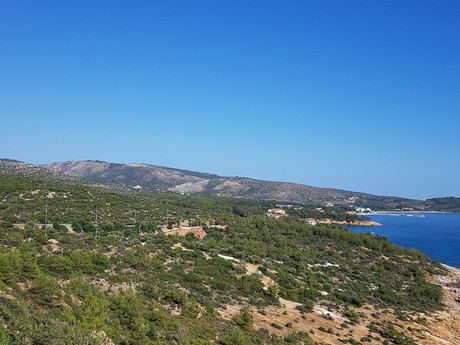