Today, we stay in Thessaloniki and we will see some historical sights. One of the spectacular sights dating back to the Roman empire is the Arch of Galerius . The emperor Galerius built it in 298 AD to commemorate his campaign against the Sasanian empire. 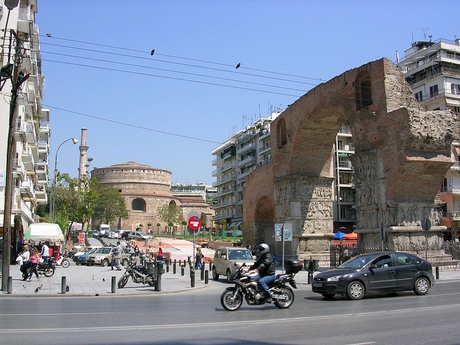 Marble plastics are preserved good enough to recognize the scenes they depict. Notice that height of the Persian troops is lesser than of the Roman emperor and his soldiers. The emperor’s figure dominates the plastics. Also, his mercifulness towards his enemies is emphasized. 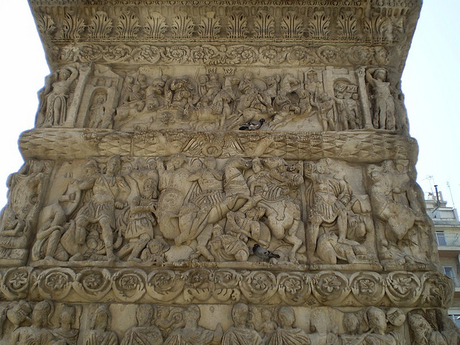 The Victory arch is far from being the only remnant of the Roman empire. The Roman rule spanned from the mid-2nd century BC to the fall of the empire. Close to the arch is a rotund built in the 4th century. This makes it one o the oldest religious buildings in the city.

The main dome reaches up to 30 meters. It is very similar to the Pantheon in Rome. The rotund and the Arch of Galerius were connected by a beautiful column-lined street. Unfortunately, almost nothing is preserved and the street looks ordinary today. The rotund was rebuilt into a Christian temple around the year 400. The empire’s official religion had been Christianity for several decades back then already. Later, when the territory was conquered by the Ottomans, the rotund was rebuilt again. This time it became a mosque. Some of beautiful mosaics are preserved from the arly Christian period. Thick walls of the rotund made it survive many large earthquakes. 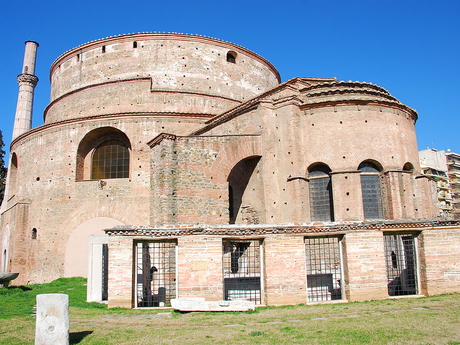 Couple of streets down the road will get you on Aristotle’s square , the center of the city. Its contemporary form is fair recent. It was shaped only in the 1950s by the design of the French architect Ernest Hébrard. 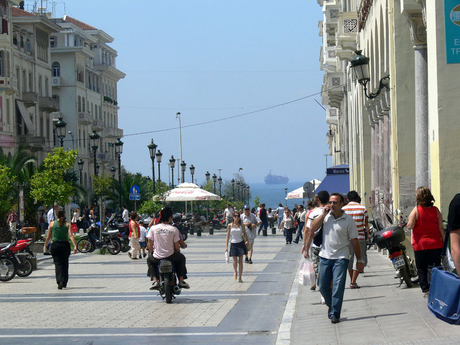 Forum Romanum used to be on the place in the times of ancient Rome. The square had many arches and fountains, and a mosaic pavement. People gathered there and listened to speeches and so on. Also, note partially preserved undergraound corridors. Should you decide to go down there and reach their end you would find a museum. It is small and not that popular but it is truly unique due to its location.