team, well-known Czech cigarettes, or the 300.

In the times of ancient Greece, Sparta was a great rival of other large city-state – Athens. You can find Sparta in the southeast of the Peloponnese peninsula on the Eurotas river. Sparta’s golden age as we know it from popculture or literature, lasted between the sixth and fourth centuries BC. The city state had probably the best trained army of the Greek world. Soldiers wore typical blood-red chiton and the letter Λ (lambda), meaning Lakedaimón (another name of the city) painted on their shields.

Decline followed Sparta’s golden age from which it never recovered. In the Middle-Ages the area around the city long avoided Christianization and later it was entirely abandoned. The city was re-founded in 1834. 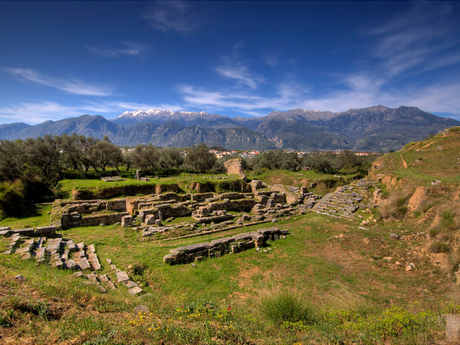 New and modern Sparta is far from what its ancient predecessor was. A small provincial town for a long time had been in the shadow of neighboring Mystras. The plans to rebuild Sparta were, however, grandiose. Greek King Otto hired German architects who made plans of the new Spart that would have wide boulevards and be a home to one hundred thousand people. 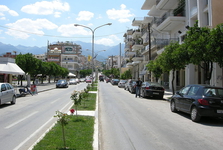 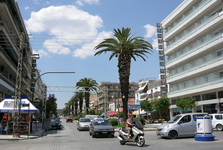 Today, less then twenty thousand people live in the city. Still, it seems that Sparta has risen from the ashes. Even though not much has remained from the old city you can still enjoy visiting it. I recommend you to start at the archeological site known as Sparti Lakonia. Most ruins date to the Roman period – such as a theatre, acropolis, or rotund. The remains of Athena temple date back to the 6th century BC.

Except archeological site you can see what remained of Sparta’s past in some museums such as the Archeological Museum of Sparta , které najdete v centru města. Muzeum vystavuje artefakty od prehistorie do doby římské nadvlády. 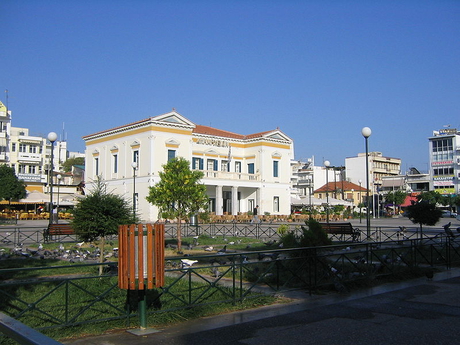 If you like art galleries, then visit Koumantarios gallery. It displays oil paintings of famous European artists of the 16th century until the present. And when you are there, don’t forget a place that would unveil the mystery of olive oil production – the Museum of Olive and Greek Olive Oil.