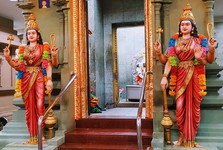 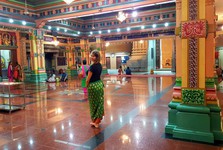 The chief (Sri Maha Mariamman) is installed inside at the only east entrance. The main pryer hall is adorned by murals and frescoes. Also, there are three shrines. This all is overarched by ornamented dome. Apart from this, there are four small shrines devoted 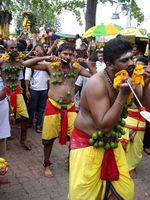 to lord Ganesha. Also, there is a huge cart which plays an important role in Thaipusam festival (the cleanse festival). Should you visit the temple during the feast, you may see this carriage carrying the statues of lord Muruga and his wife (Valli and Teivayanni) all the way down to Batu cave. Should you be intrigued by Hindu culture Thaipusam may be your gateway to actually understand it.

The temple is open daily from 6am to 8.30 pm. During special festivities the opening hours may vary. The entrance is free of charge. You pay, however, a little fee for storing your shoes at a safe place, it is forbidden to enter the temple otherwise than barefoot.

Hills featuring many limestone caves belong to other must-see places in Kuala Lumpur. A ride from the city center to here takes about 30 minutes, up to an hour in the peak hour. You should wake up early when going to Batu Caves, the most popular tourist attraction in Kuala Lumpur. This will grant you crowdfree experience. The cave is free of charge. A huge statue of god Murugana (the god of war) stands in front of the caves. It is well-known as it is depicted in many tourist guides. Yet it is much larger than you can imagine. Built for over 3 years, the statue is 43 meters high which makes it the highest statue of a Hindu god in Malaysia and the second highest statue of a Hindu deity in the world. Its construction took 1550 cubic meters of concrete, 250 tons of steel rods, and 300 litres of gold color were used to paint it. 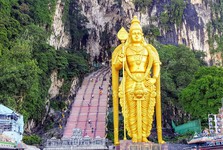 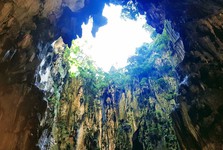 Once you are done with the stairs, a mysterious limestone cave opens in front of you. Drops of water fall down on visitors heads. If you get lucky, you may see some Hindu prayers. There are stairs also inside the cave, then you go to another part of the caves. Tiresome stair climbing is less tiresome thanks to monkeys diverting your attention. They are very cocky and try to get something to eat from tourists. Right next to Batu cave, there is a beautiful cave beautifully lit. All the time you see the story of Rama. People of adventurous nature, those who love snake, spiders and creatures of the like should visit Dark Cave. The caves are free of charge with the opening hours from 6am to 9pm. 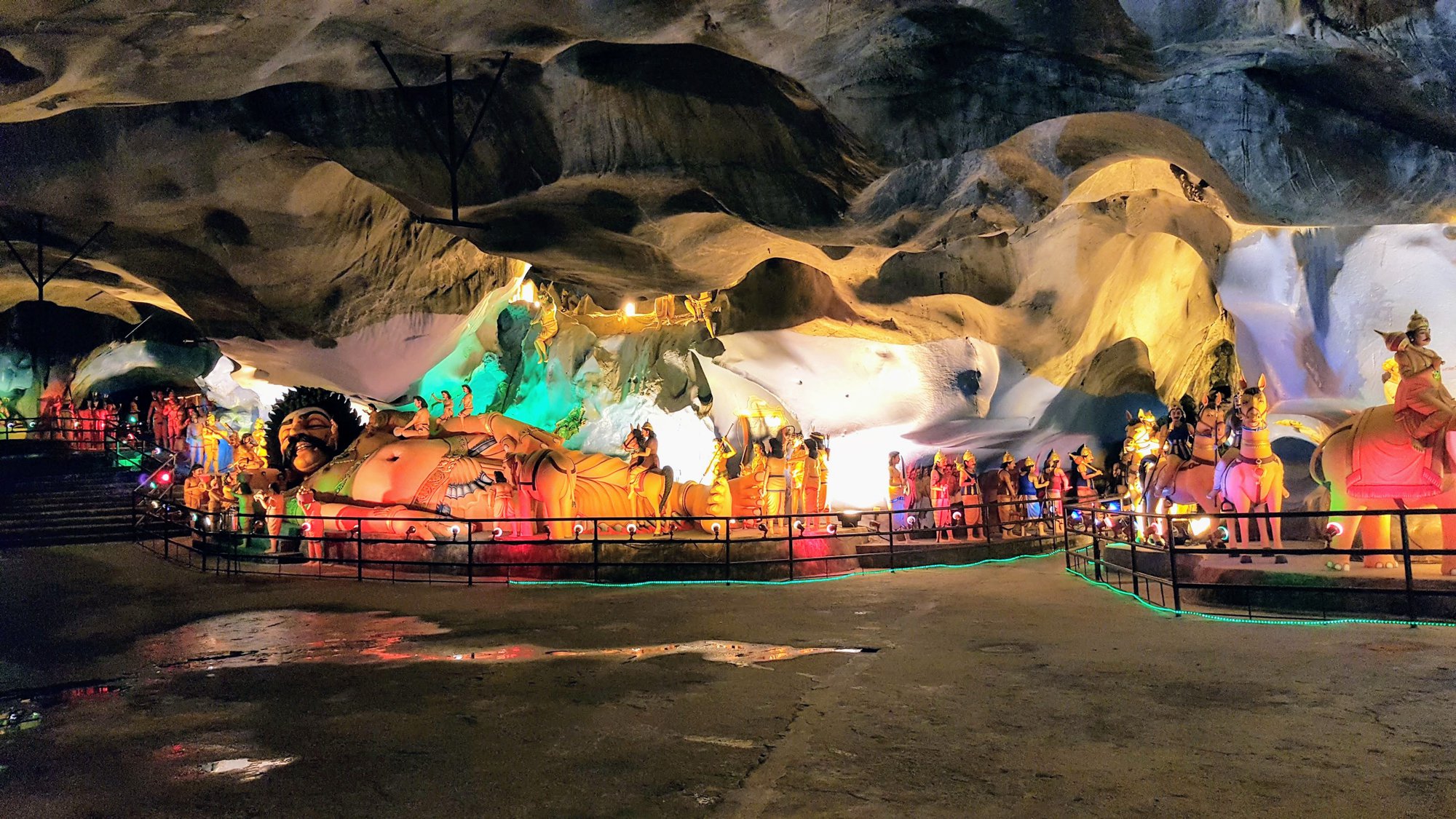 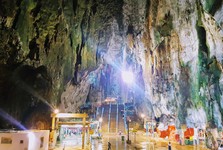 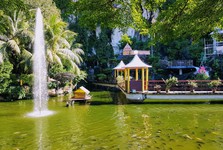 Next Saturday we bring you another article on Kuala Lumpur.